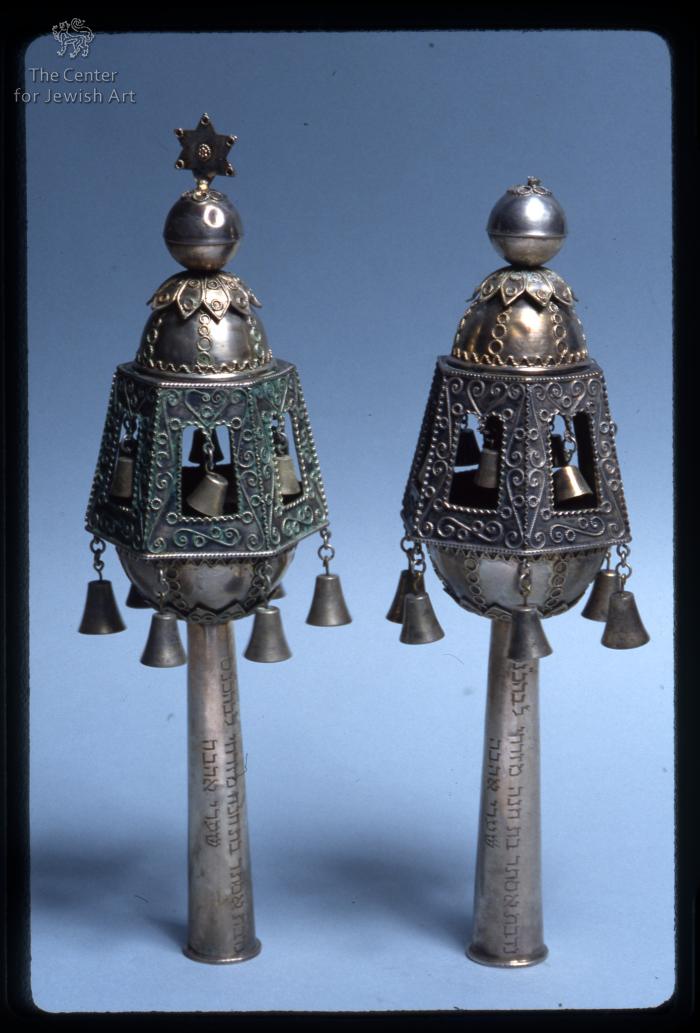 The pear-shaped Torah finials consist of a shaft, a body, a head and an apex.

The cylindrical, tapering shaft is encircled by a ring at the bottom. A dedicatory inscription, written towards the body, appears on both shafts, it reads:

The pear-shaped body is composed of three parts.

Filigree leaves, bearing three circle holes, radiate from the bottom of the semi-globular lowest part. A vertical strip, created by filigree circles, appears between each two leaves. A zigzag strip encircles the part at the top.

An arched window, decorated with zigzag strip on its edges, appears in the center of each facet of the central five-faceted tapering part. A ring carrying a bell is attached to the center of each window. The space surrounding the window bears filigree decoration of thin scrolled lines and circles. Six rings with short chains carrying bells are attached to the lower edge of the central part.

The upper part is similar to the lowest one. 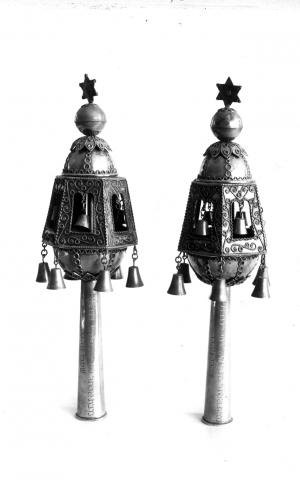 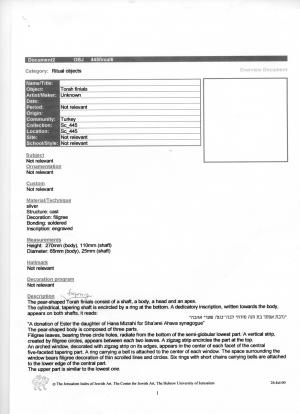 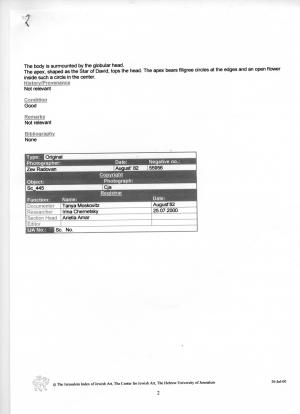 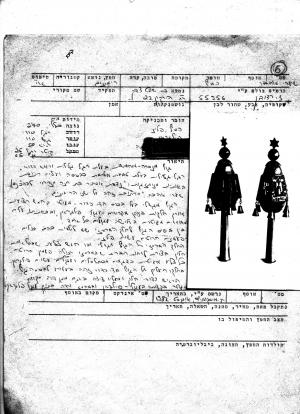 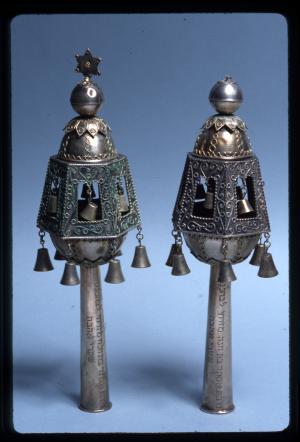