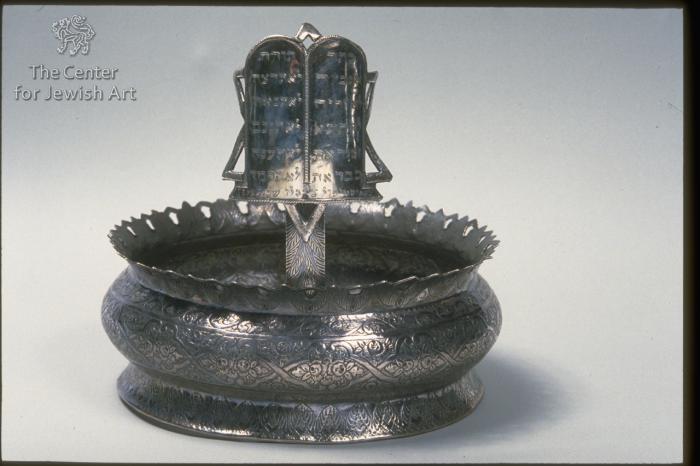 The silver cylindrical coronet is divided into two parts: a base and an upper part. The flat base is decorated with a band of upsidedown palmettes. The convexed upper part is decorated with linked kartouches with flowers in the center and inbetween them. The upper and lower strips are decorated with a foliate scroll design. The coronet has serrated edges which widens outwards and are decorated with palmettes with holes cut out in them.##A bar with holes for the staves is attached at the lower part of the coronet. A hook is attached to the upper part inside the coronet and bears a seperated plaque in a shape of the Tables of the Covenants inside a Star of David with a stand decorated with foliate leaves. The Tables of the Covenants bear the opening words of the Decalogue, topped by the inscription in square linear letters which reads: "כתר תורה" "Keter Torah" (Torah Crown) A dedicatory inscription is added below the Declogues in square filled letters which reads:

The Tables are framed with a grooved band. 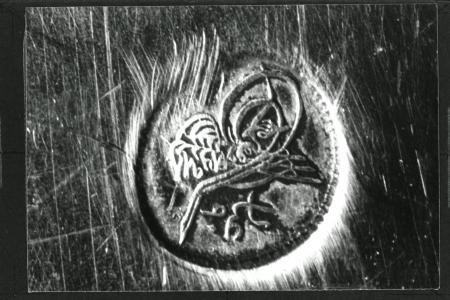 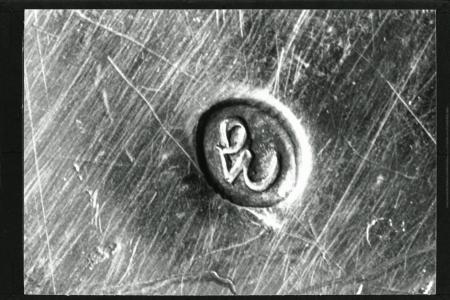 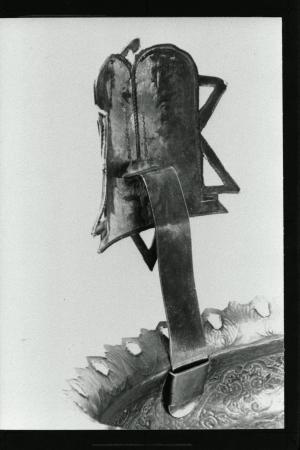 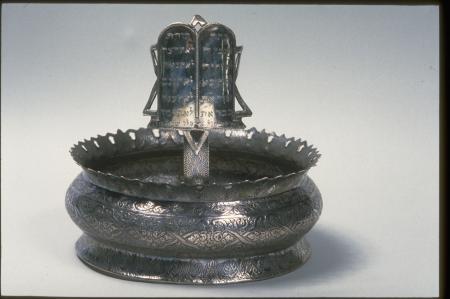 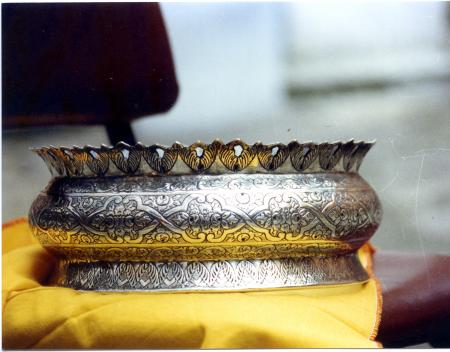 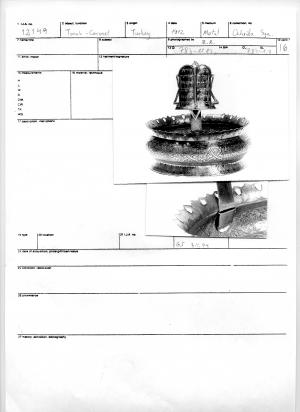 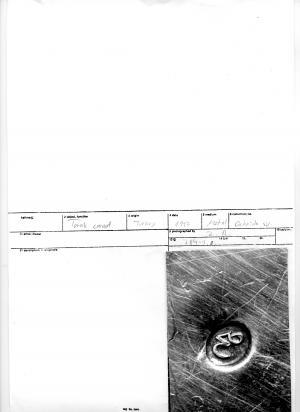