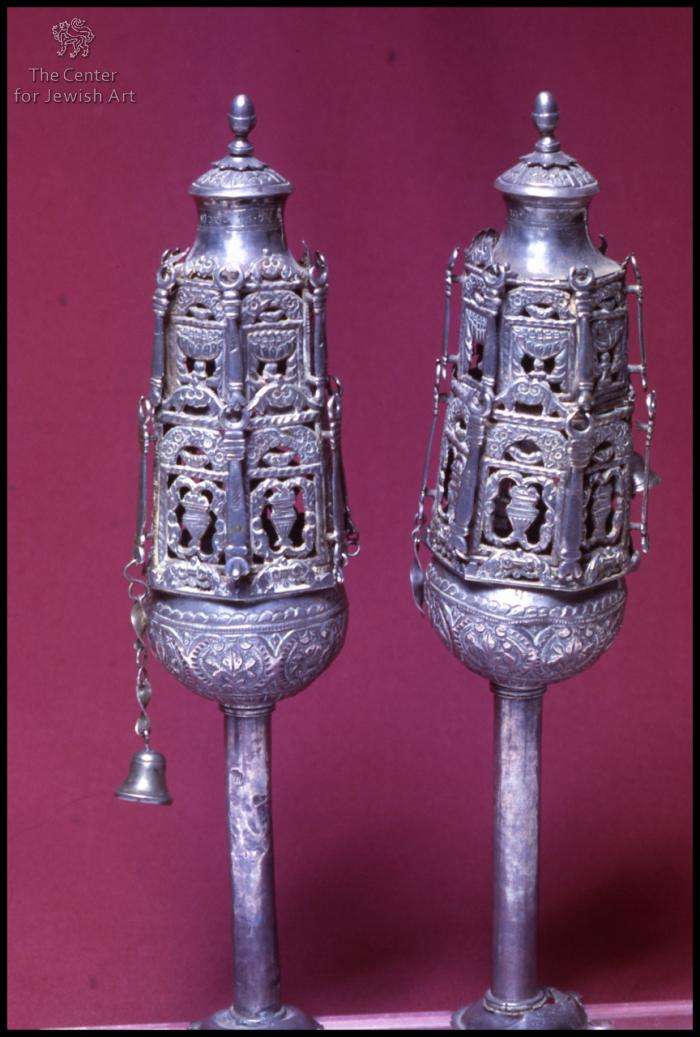 The silver tower-like rimon consists of a shaft, a body, a head and an apex. The cylindrical shaft is supported by a raised round base. A petal pattern encircles its edges. The shaft is smooth. The body is hexagonal and in the shape of two diminishing stories. It is mounted over a bowled body base which is decorated with a frieze of foliate pattern flanked by two rocailles with whorls around the base. Each facet depicts an arched window which contains a vase (laver?, basin?) on the lower storey and a seven branched menorah on the top. The arch is decorated with flowers. Pillars in the shape of a three fingered hand topped by a crescent are attached between each facet on both stories. Those on the lower storey carry chains with conical bells. The head is mounted over the body. It has a concave shape topped by a domed cap. An inscription punched in square letters between a double-lined frame encircles the head and reads: !לונה לבית אליהו כשכש! !Luna of the house of Eliyahu Khashkhash.! A bud shaped apex mounted over a flower circlet is on top. 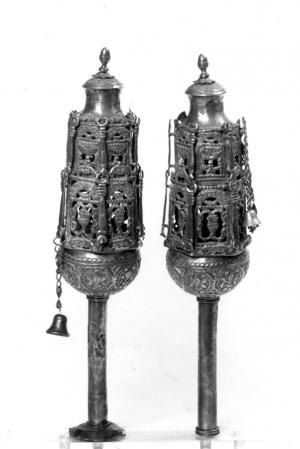 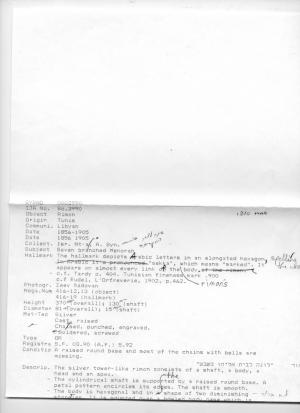 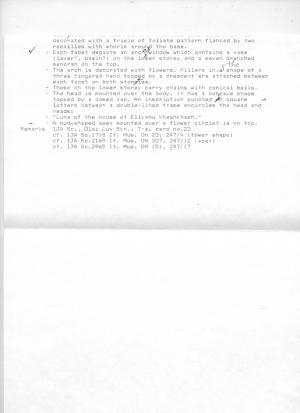 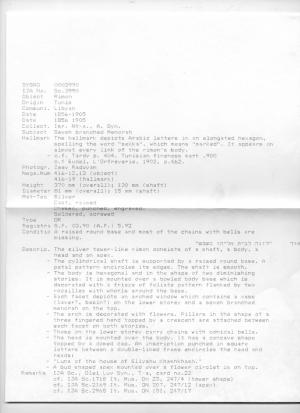 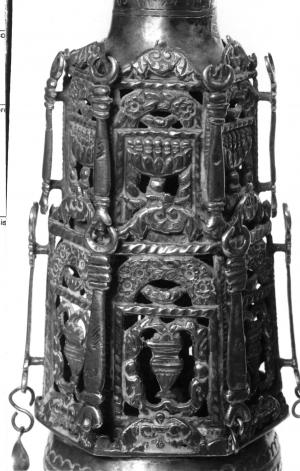 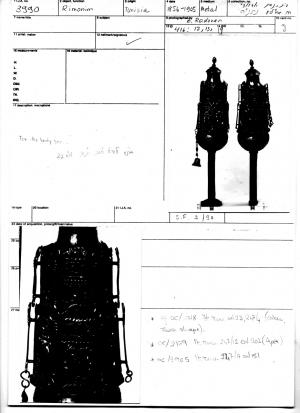 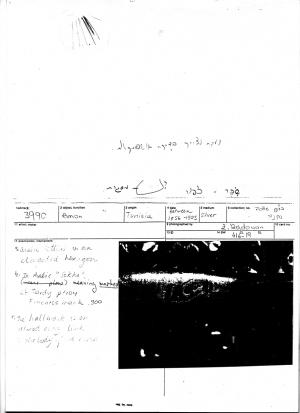 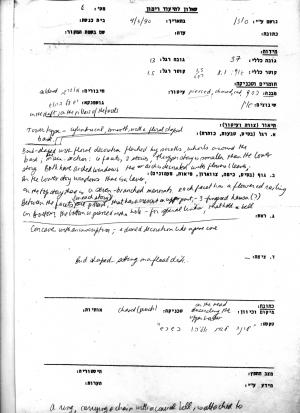 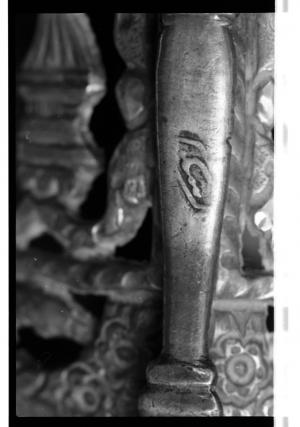 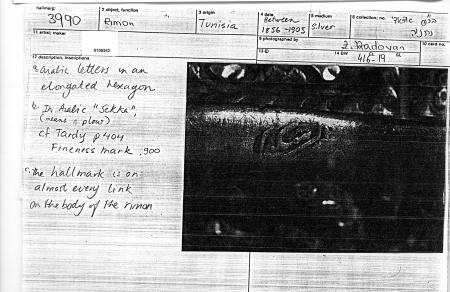 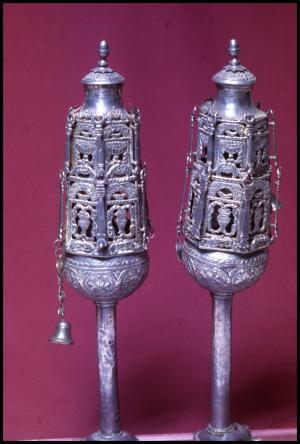