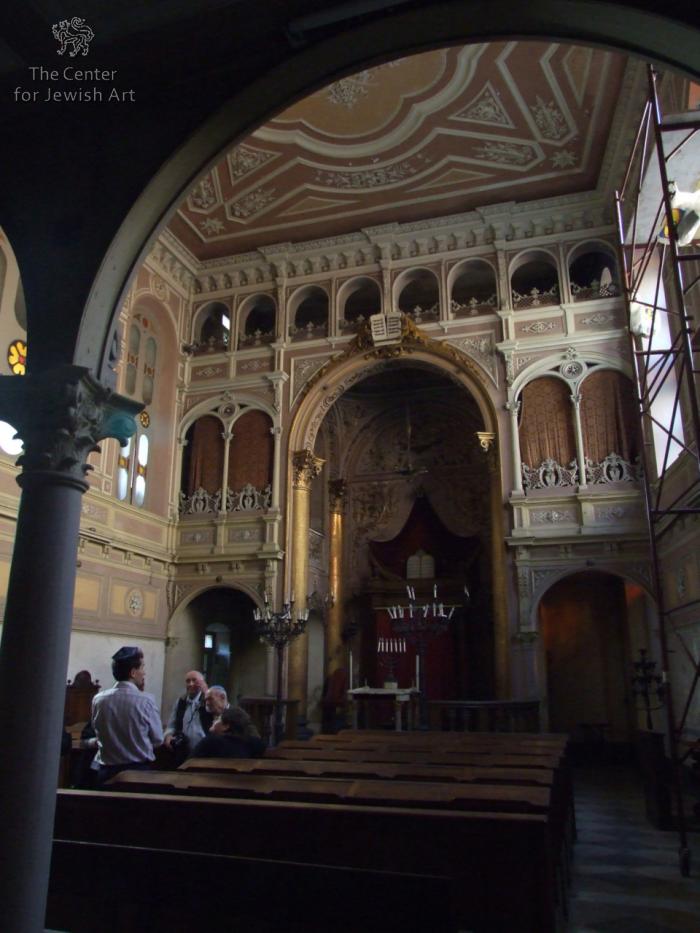 The large rectangular prayer hall is now directed on a north-south axis, reached through a door, set in the east- north corner and is three floors high. It is divided into two broad spaces by an arcade of Neo-Gothic columns, situated along the northern side, and supporting two women's galleries built in a double-story.

The Torah Ark in the southern wall is set on the back of a central large niche adorned by a cupola. Originally, it was part of the Nizza Monferatto synagogue and it was adjusted to this synagogue after WWII. An arch supported by four golden columns is adorned by an open curtain made in stucco. A large rounded platform, surrounded with a wooden fence is built in front of the façade, on which the bimah is standing. Two large candelabra and a Hanukkah lamp are placed within the platform. The niche is flanked by double storied galleries that hold an organ to the west and a storeroom, to the east. The ceiling is decorated with a cartouche enclosing a rich floral decoration, all made in stucco and surrounded by frames that follow its shape. The contiguous spaces border the prayer hall from its eastern side. On the second floor there is a Talmud Torah (a classroom), and an inner courtyard, used for Sukkot.

Besides the façade and the new inner décor, during the renovation of 1867 the synagogue liturgical focuses were reset, and were placed in different directions. The former original arrangement was a broad house structure, where the ark was located in the centre of the western wall. It is not yet known, whether the bimah was built in the center or in the opposite eastern wall. The changes relating to the new placement of the bimah became common all over the region during the middle of the nineteenth century, as described above. Yet, the changes of the position of the Torah Ark, creating an elongated structure is not typical though it also occurred in the Oratorio Israelitico in Casale Monferrato built in 1595, and renovated after the emancipation. The connections between the renovations of the two synagogues were not yet established. 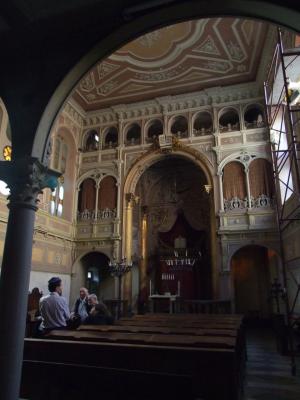 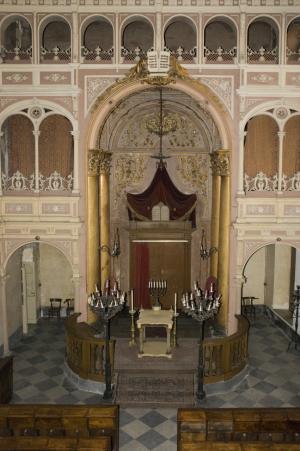 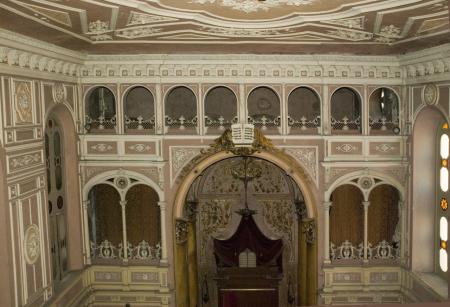 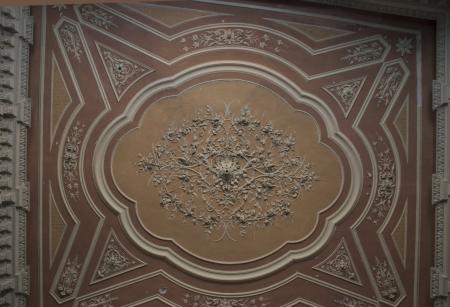 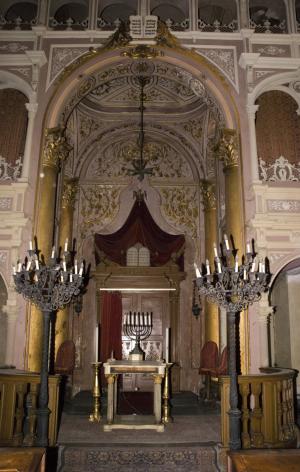 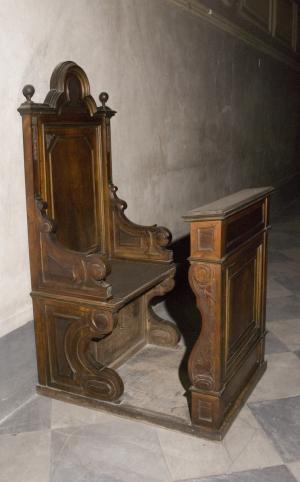 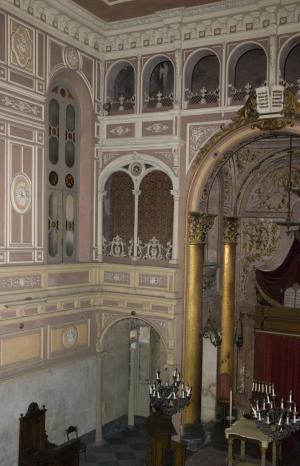 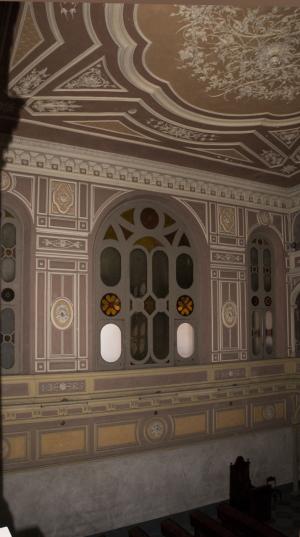 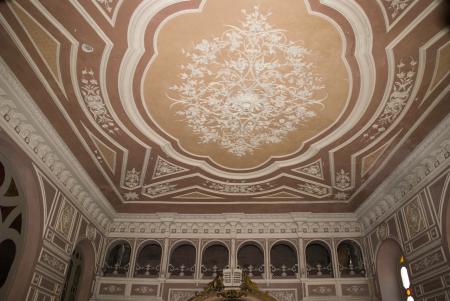 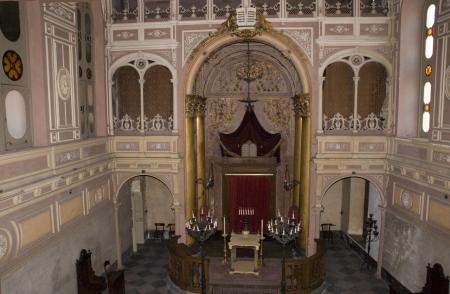 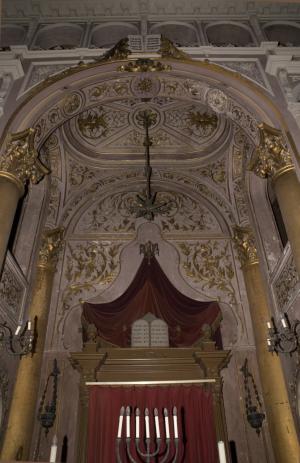 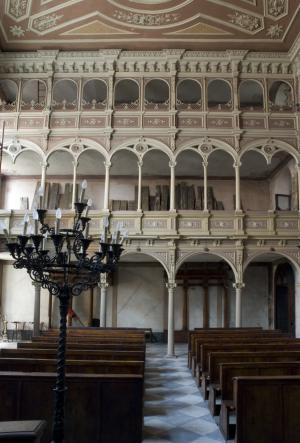 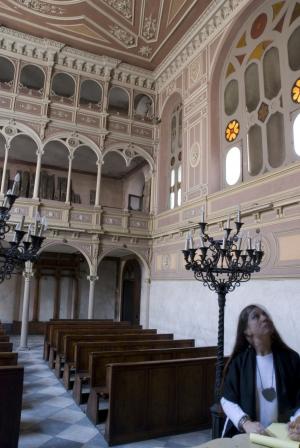