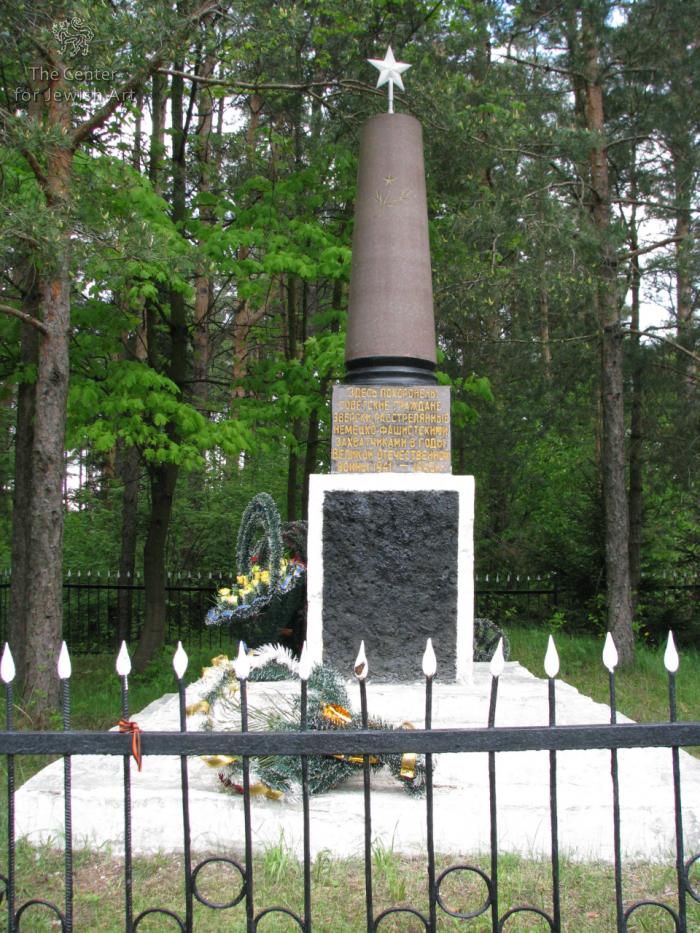 Jews of Logoisk, killed in the Holocaust.

The monument at the murder place in Logoisk is situated at a hill in a small forest, at the intersection of the road from Logoisk to Gayna village and the highway Minsk - Vitebsk.

The monument is a conical granite column standing on a cubic base which stands on a high pedestal. The column is crowned with a five-pointed star. Another five-pointed star and a small wreath are carved on its shaft.

A "standard" Soviet-time inscription which does not mention Jews is carved on the base.

The monument is surrounded by a metal fence.

The inscription in Russian reads:

Translation: Here are buried Soviet citizens brutally shot by the German Fascist invaders during the Great Patriotic War of 1941-1945. 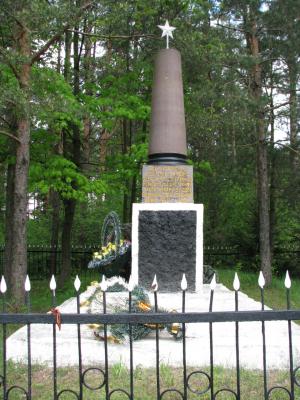 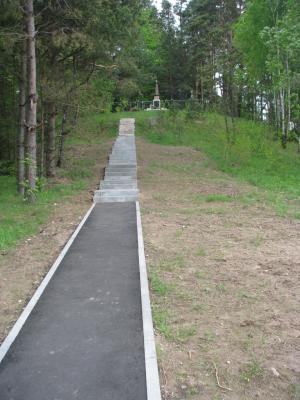 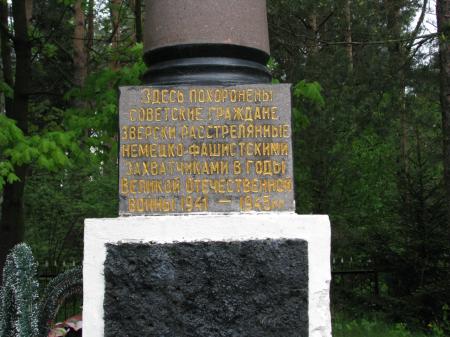 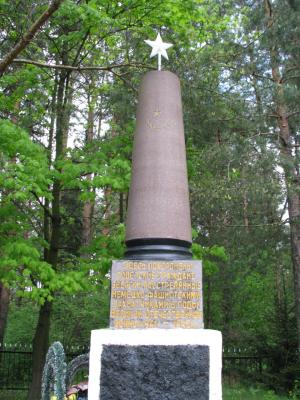 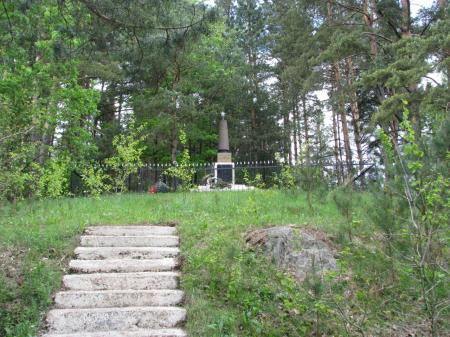 The Jews of Logoisk were shot near the sand pit, one kilometer from Logoisk, near the road to Gayna village, on August 30, 1941.