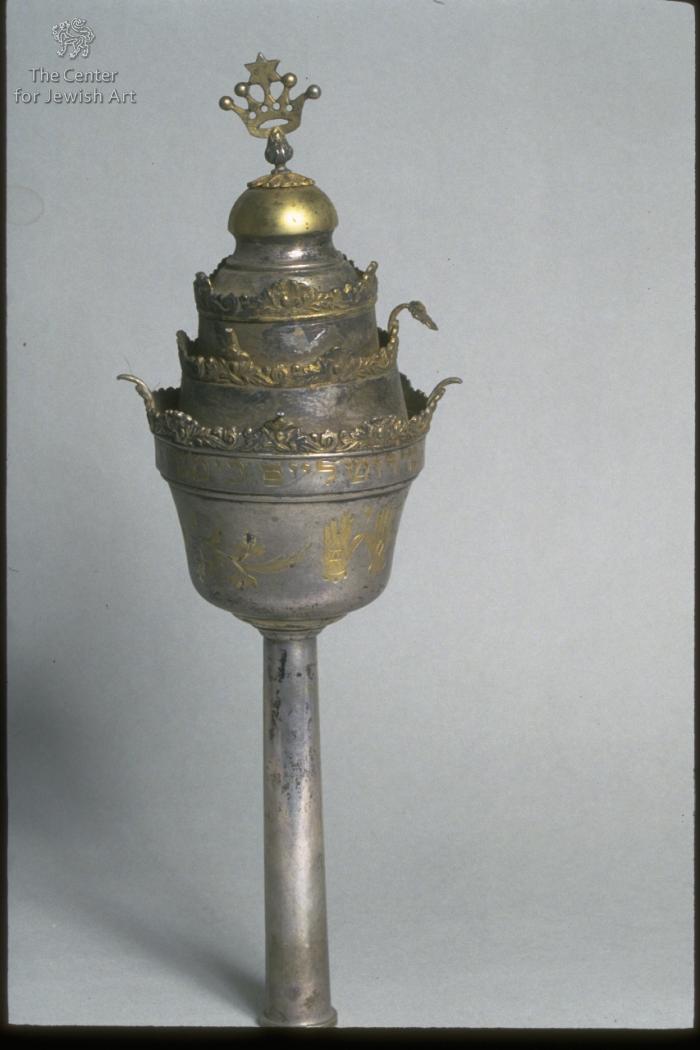 The pear shaped silver Torah finial consists of a shaft,a body and an apex. The cylindrical tapering shaft is encircled at the bottom and top by a ring. The shaft bears an inscription in square full letters from bottom to top and reads:

The three leveled body is graded and mounted over a bowl shaped base with wavy edges. The base is decorated with a row of motives: flower and leaves, the Tables of Covenant bearing five letters in each side, topped by a crown and placed within branches and flowers, and Cohanim's hands decorated with a Star of David. The upper band bears an inscription in square full letters, and reads:

The band's margins are undulating and decorated with floral and vegetal motives. The other two levels terminate with an encircling wavy band of a floral pattern. The upper part of the body is an undulating dome. On the bud shaped apex is placed a crown topped by a Star of David. 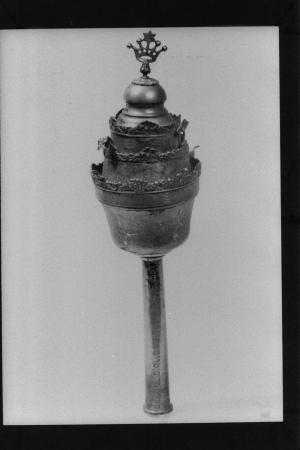 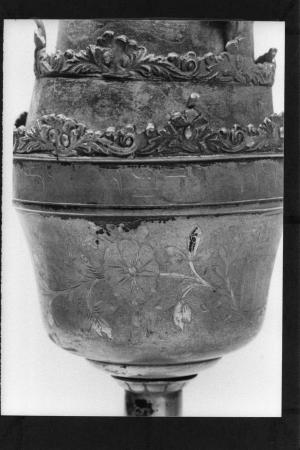 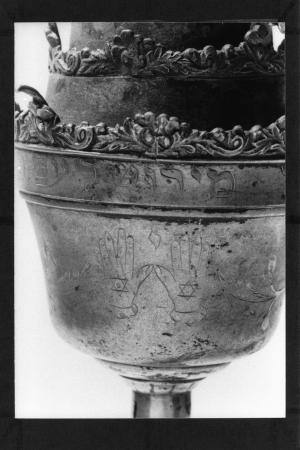 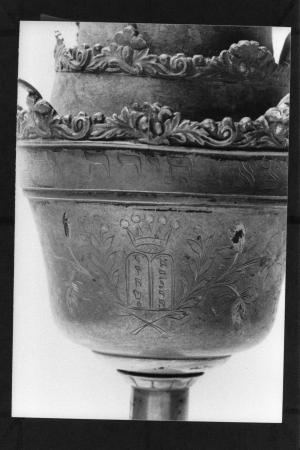