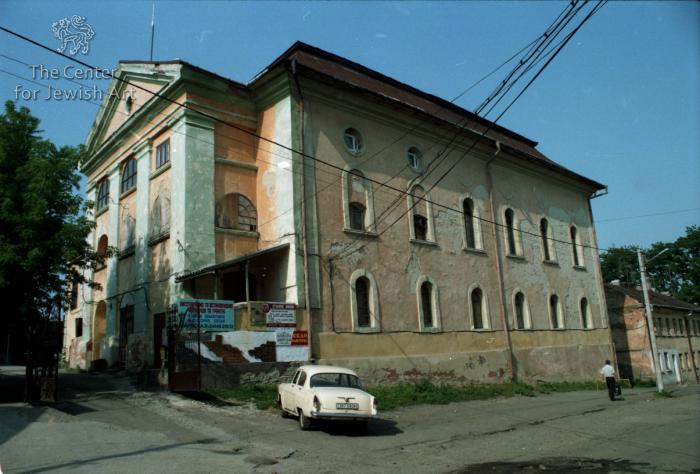 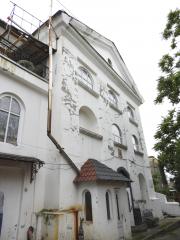 Great Synagogue in Chernivtsi - photos of 2019 The synagogue is situated in the Jewish quarter, on the street, which was calledSynagogues Street, in proximity of other synagogue, Jewish hospital and Jewish school.

The main, west facade has a three-tiered closed portico and the northern staircase extension.  The portico is composed of four wide Doric pilasters and a gable with moulding horizontal and raking cornices.  In the centre of the tympanum there is a round window with plaster frame.  In the first tier of the portico there are three entrance doors: the central one leads to the synagogues itself, the southern one – to the auxiliary premises, the northern one – to the cellar.  In the second tier there three low round-arched, almost semicircular windows (currently the northern one is blind).  In the third tier are three windows of the same form (the southern one currently converted into rectangular).  Under each window of the second and third tiers is a horizontal cornice.  On the side sides of the portico there are also windows of the same form: in the third tier on the north and in the second and third tiers on the south.  In the first tier of the southern side a door to the staircase to the women's section of the second floor is situated.  A small staircase leads to the door.

Three other facades of main volume, the southern, northern and eastern, are similar and have a homogeneous view.  The facades are flanked by rusticated strip-pilasters on the corners, by moulding cornice above and by a slightly projecting plinth.  Since the building is situated on the sloped surface, on the southern and eastern side the walls of the basement are visible.  The facades have three tiers.  In the first tier of the two side facades there six round-arched windows decorated by simple projecting plaster frame with keystone.  The first tier of the east facade is blank.  In the second tier of all three facades there are high round-arched windows decorated by moulding plaster frame with keystone and by moulding sills.  The windows on the east, in addition, have also small cornices on the level of the impost.  There are four such windows on each facade, which correspond to the prayer hall.  In addition, in the west part of the side facades corresponding to the women's section, there are two small segmented-arched windows which are decorated by frames identical to those of the other windows.  In the third tier of the three facades, above the windows of the second tier, there are round plaster frames with keystone.  Only in the west parts of the side facades, corresponding to the women's section, these frames really decorate round windows.

Description of the interior:

Main prayer hall, situated in the eastern part of the building is rectangular but close to square (15.50 m length, 14.00 m width) and three-stories high (12.30 m).  The hall is divided by four piers with capitals into nine bays, each spanned by pendentive brick dome.  The central bay is square and it is larger and higher then the other ones.  The three western bays are smaller then three eastern ones.  The hall has two tiers of windows.  In the lower tier windows are only in the southern and northern walls, four in each one (currently, the northern windows are bricked up).  In the upper tier, there are twelve windows, four in each south, north and east wall.  In the centre of the first tier on the eastern wall, the Torah Ark was situated (currently, a door is cut on its place).  The western wall of the hall has three tiers.  In the centre of the first tier the main entrance door is situated, in the side bays there are two other doors to the premises flanking the vestibule.  In each second and third tier, there are three semicircular openings, connecting the hall with the women's section.

Currently, the main hall is divided into three floors, the openings to the women's sections are bricked up, a door is cut through the opening of the second tier.

The decoration of the hall included garlands of leaves on the capitals of the piers; strip-pilasters with vertical garlands on the surfaces of the piers; plaster frames and floral motifs on the aches; murals on the surface of the domes; a moulding cornice in the first tier of the walls, as well as decorative panels on the eastern wall.  All decoration is currently lost.

The three tiered Torah Ark, which is not preserved, was made of curved wood.

The octagonal Bimah surrounded by a fence, also not preserved, was situated in the central bay.  It was accessed by steps on its south and north sides.

The vestibule is situated on the first floor in the western part of the building. It is spanned by a semicircular brick plastered vault supported by an arch based on two pilasters in the centre of the north and south walls.  The vestibule was entered from a small lobby situated in the portico.  On the south and north sides of the vestibule there are two rooms, spanned with cloister vaults.  They have a pair of windows in their correspondingly southern and northern walls and a window (or a door) in their western walls (currently bricked up).  In their eastern walls there are doors to the prayer hall, probably made in the 1960s.

Two women sections are situated in the second and third floors above the vestibule.  They are rectangular rooms spanned with wooden joist ceilings, entered from the small lobbies in the portico.  The ceiling of the room on the second floor is supported by two octagonal piers.  Each room has two windows in its southern and northern walls; and three semicircular openings towards the prayer hall (currently bricked up). 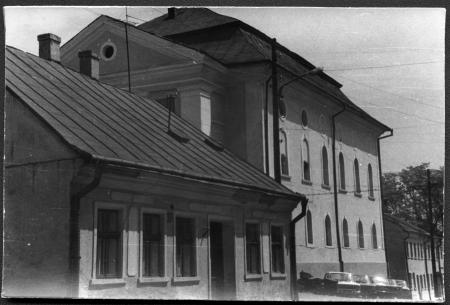 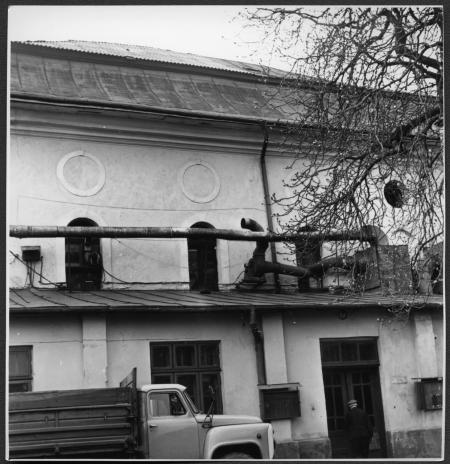 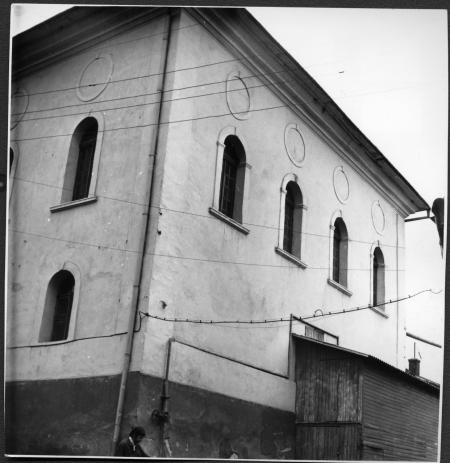 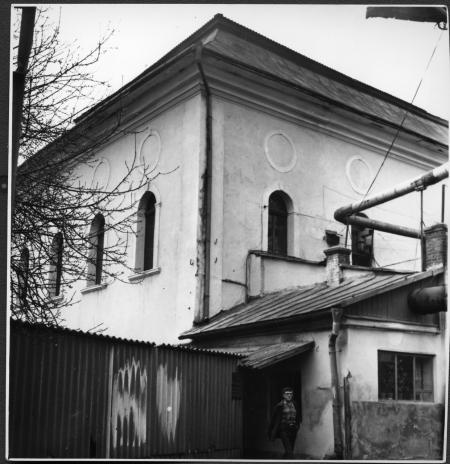 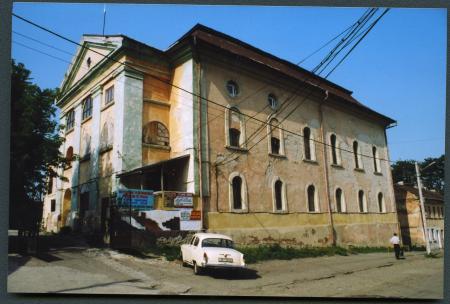 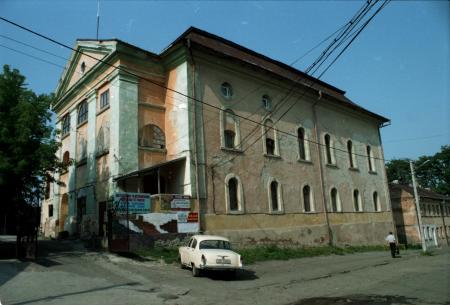 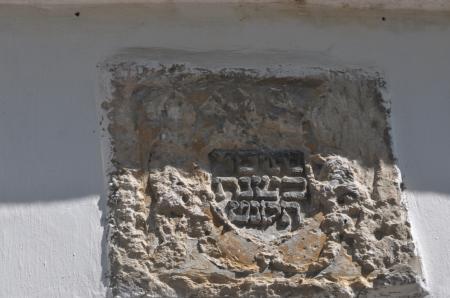