Great Synagogue in Ozaryntsi - photos of 2021

Great Synagogue in Ozaryntsi - photos of 1998 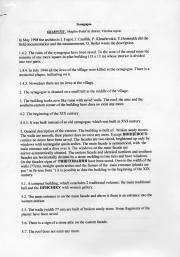 Drawings of the Great Synagogue in Ozaryntsi, Ukraine

3D computer model of the Great Synagogue in Ozaryntsi, Ukraine

The building is badly damaged.  Nevertheless, a reconstruction could be made from its remaining parts.  These show a two tiered, freestanding building, divided horizontally on its exterior by a moulding, running on all four sides.

The southwest main facade has two central entrances: a door opening to the vestibule and prayer hall in the lower level; and a door leading to the women’s section above the vestibule.  The jutting wooden beams once supported the stairs and gallery, which lead to the upper door.  The stairs must have started on the western corner, resting on the remaining low supporting wall.  The facade is symmetrical.  The two doors, one above the other, constitute a vertical axis flanked by two pairs of windows.

The two side facades, the southeast and northwest, reflect the division of the inner space.  In the upper tier, each is punctuated with a group of four rectangular windows of the prayer hall, and with a separate window of the women’s section.  In the lower tier of the southeast facade, the two rectangular windows of the vestibule are situated.  The northeast wall of the Torah ark has four similar windows in the upper tier.

The upper tier is bordered at the top by a cornice.  Since there are remnants of stones above it, one might conjecture that there had once been a gabled roof.

The building is entered through a door in the southwest facade into a vestibule; another door, placed on the same southwest–northeast axis, leads from the vestibule into a square prayer hall.  Twelve windows are arranged in groups of four in the upper tier of the two side walls, as well as that of the northeast wall, above the central Torah niche.  The women’s section, situated above the vestibule, is separated from the prayer hall by a wall, with two pairs of horizontal slit windows flanking a small, central one, embedded in a niche.  Below the windows and above the door, the remaining four jutting wooden beams suggest that they supported a gallery with stairs leading to it.  The use of this gallery is unknown. 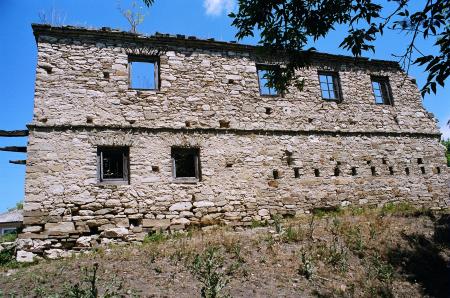 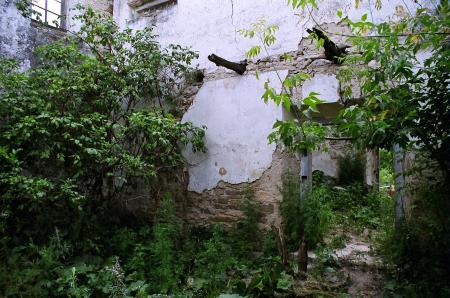 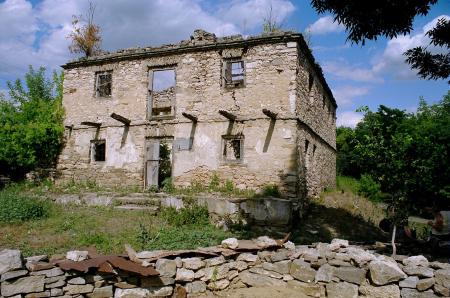 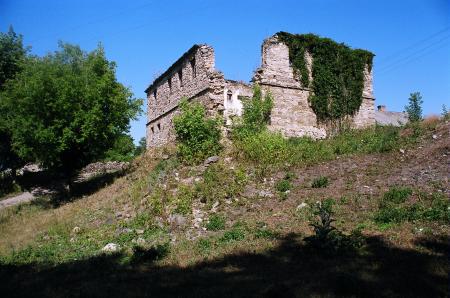 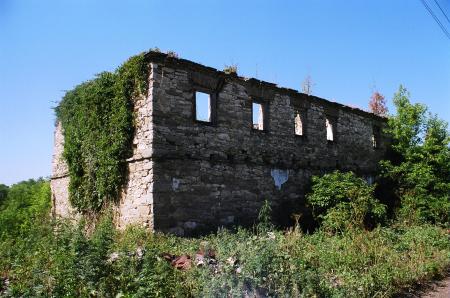 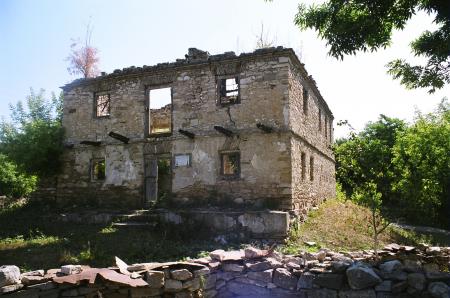 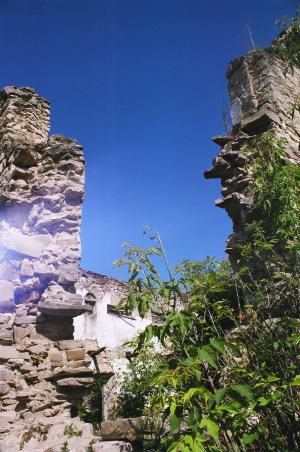 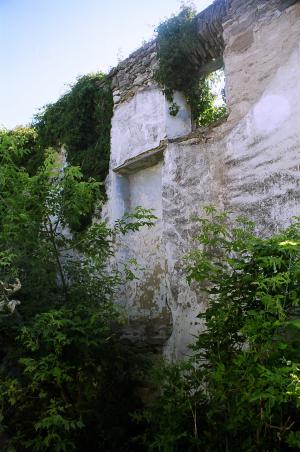 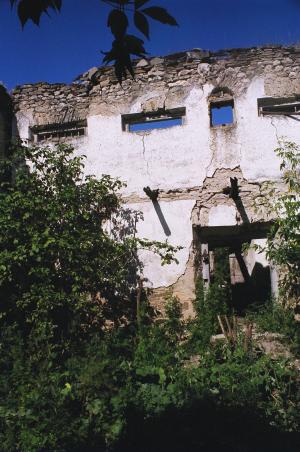