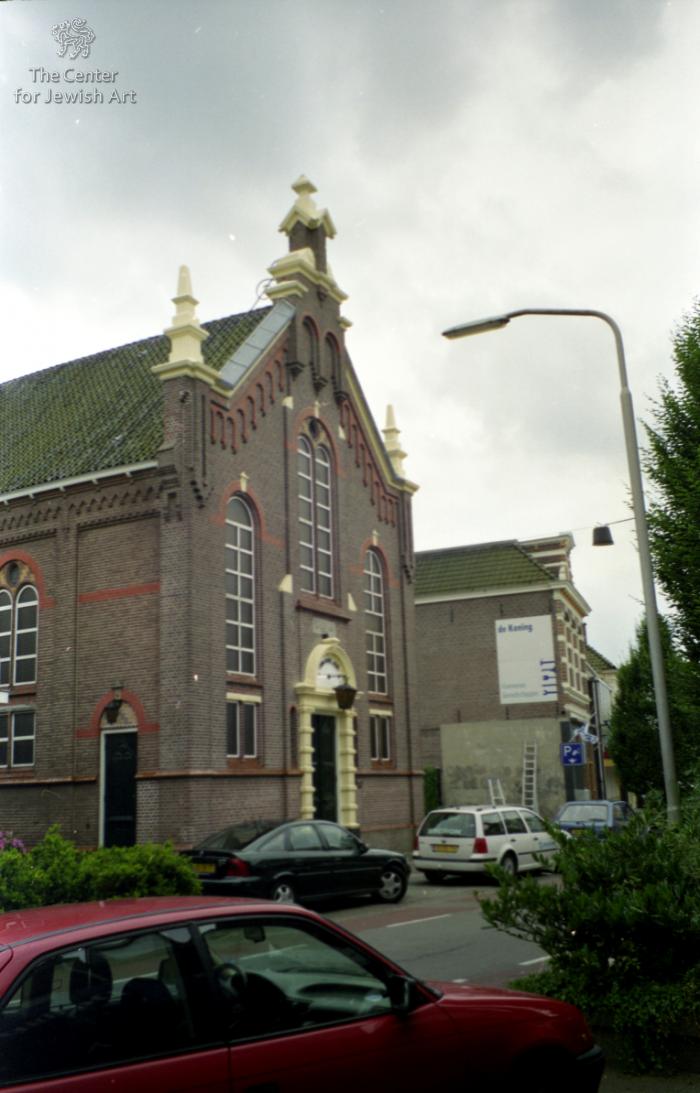 The rectangular brick building contains ornamental stonework along the upper part of the gable roof. The building details of the façade such as the Ionic pillars, fronton with the Hebrew inscription of 1 Kings 8:33 and the pinnacles on top of the façade are made out of ashlar. The mixed building style of the exterior comprises of Romanesque, gothic, early modern and classical features. The synagogue has a side entrance purposed for female visitors.

The building was heavily damaged and looted during the Second World War. The original wooden vaulted ceiling is still one of the few elements which remain intact. The synagogue has been repurposed as a church after a renovation in 1947. The former women’s gallery now contains the church organ. The stained-glass windows designed by the architect A. van Oosten, dating back to 1932, were transported to an Israeli kibbutz in 1974. 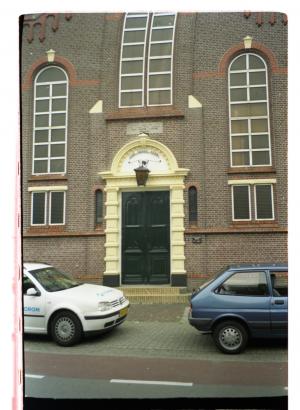 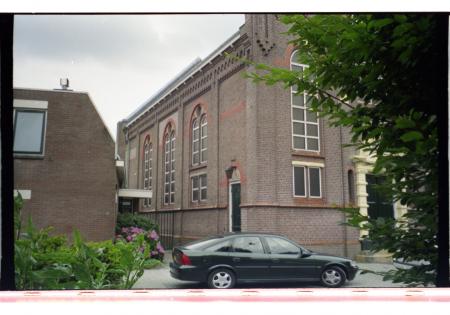 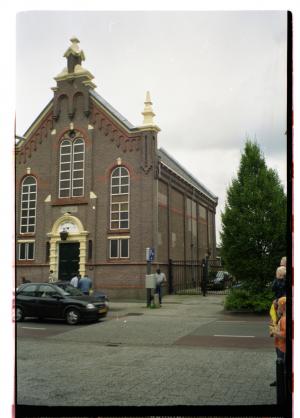 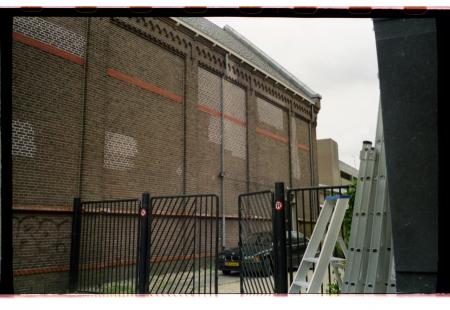 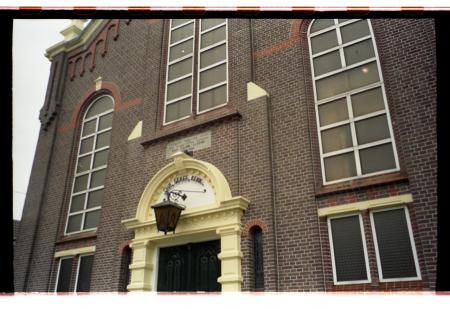 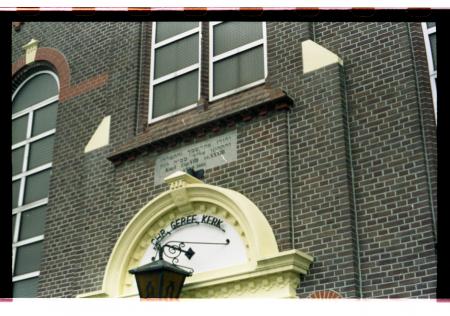 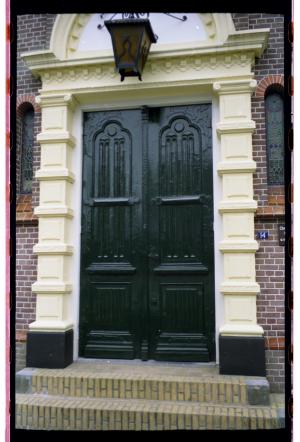 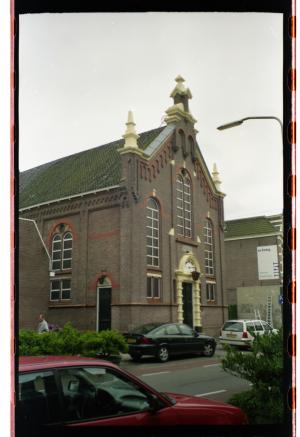