The kloyz was built in the late 19th century, probably after 1883. In 1915 it burnt down, but was restored between 1916 and 1918. In the Soviet period the former kloyz was converted into a bathhouse, which operates today.

In 2006 the former kloyz was a structure of plastered brick masonry, covered with a gable roof of asbestos sheets. The ground plan is rectangular; the former prayer hall is separated from the vestibule and the first-floor women’s section by a transverse wall. The building was heated by stoves; a redbrick chimney has survived. The corners of the façades are emphasized by lesenes; the longer northeastern and southwestern façades are crowned with a molded cornice, while on the shorter ones, horizontal stringcourses separate triangular gables from the lower register of the façade. On the northeastern façade, three round-headed windows of the prayer hall are framed with molded surrounds (the arched parts of the windows are bricked up). The two-storey part of the façade contains a rectangular doorway; two segment-headed windows, now blocked, are positioned above it, framed with molded surrounds. The southwestern façade is similar, except for the three roundheaded windows, which have no surrounds. The segmentheaded windows of the two-storey part are bricked up and their contours can be seen beneath the plaster; there is a rectangular doorway on the ground floor. Only two out of presumably four windows of the prayer hall have survived on the southeastern façade, and both are bricked up. One of them retains its original round-headed form. Similarly, only two windows on the upper floor have survived on the northwestern façade; one of them preserves its original segment-headed form. The northwestern gable contains a rectangular window, and there are two narrow rectangular windows in the southeastern one. These narrow windows were originally wider and segmentheaded, as can be seen in the attic. The interiors have been destroyed. 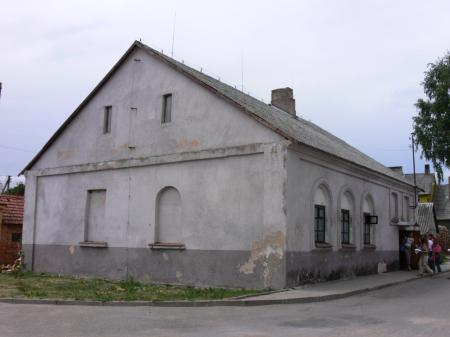 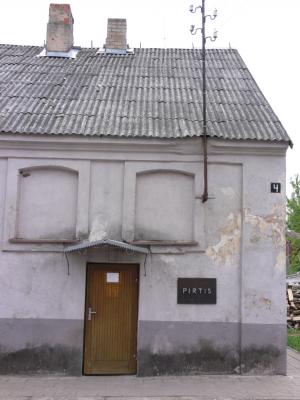 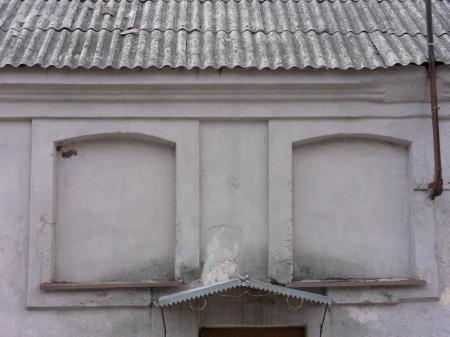 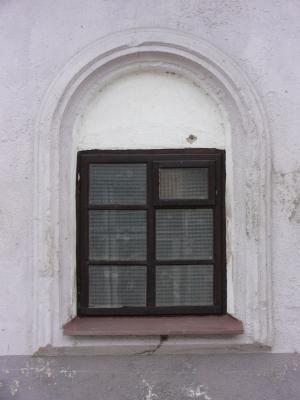 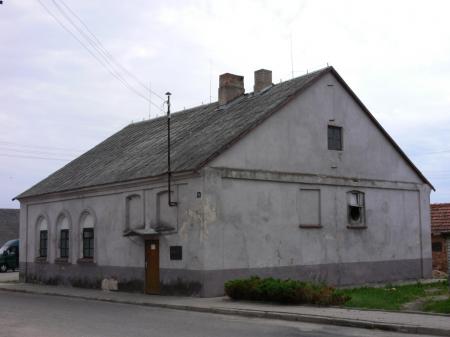 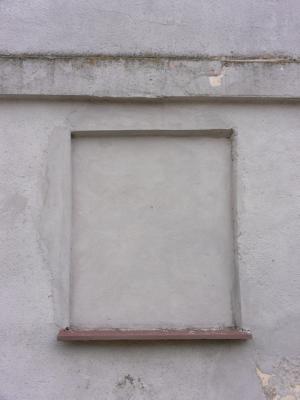 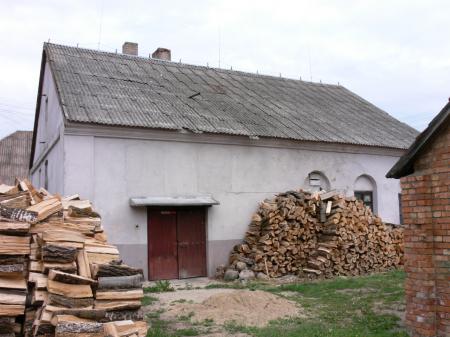 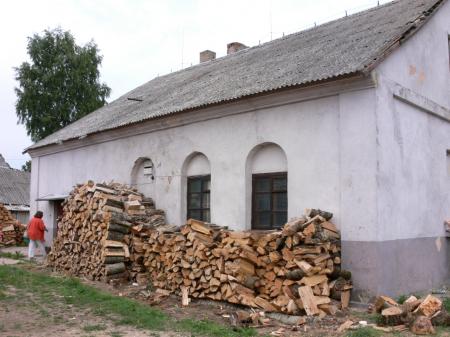 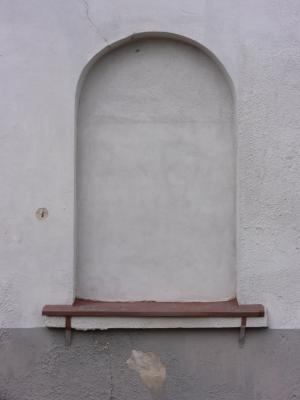 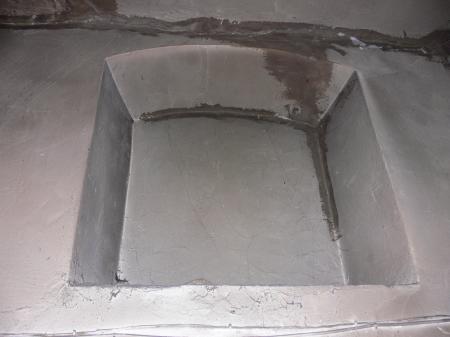 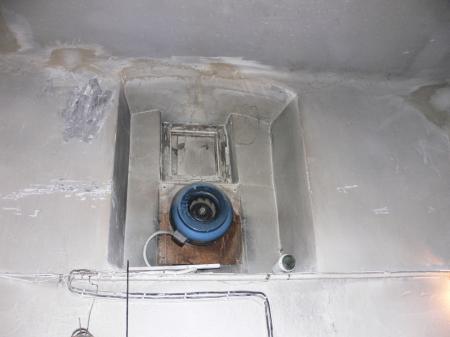 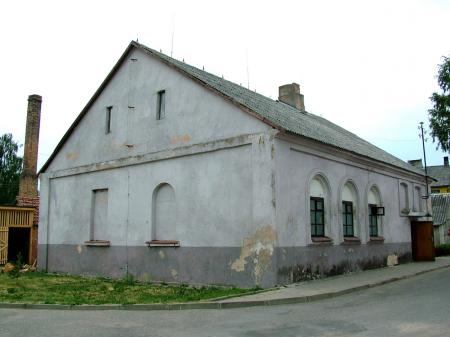 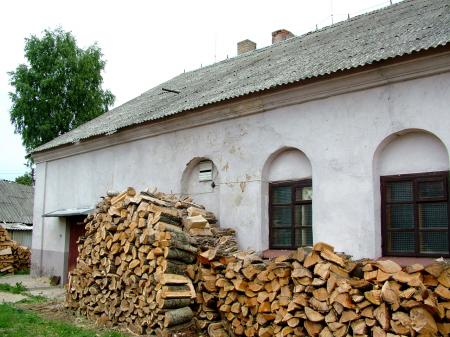 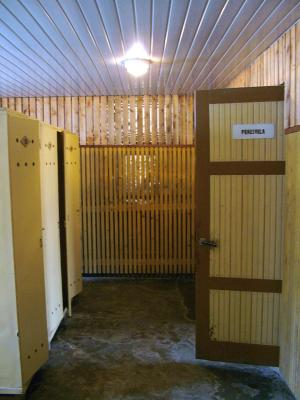 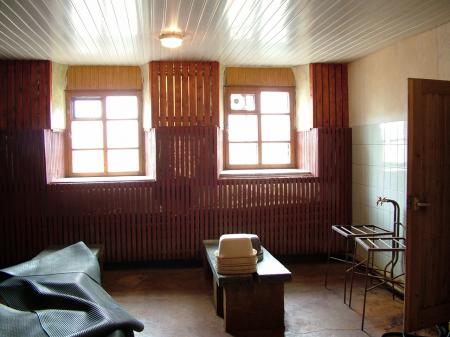