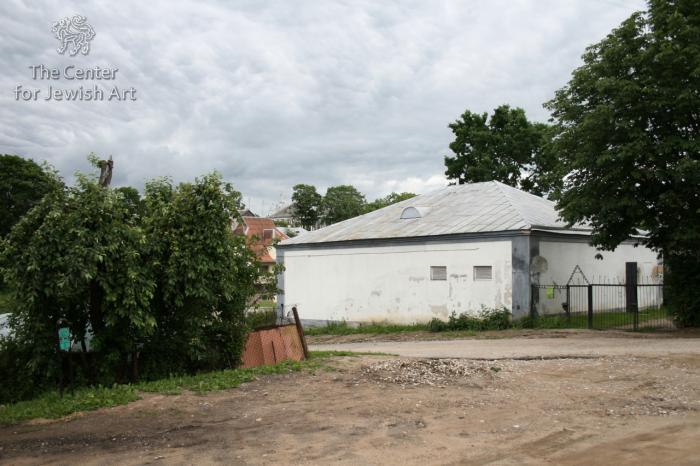 The kloyz at Egipto (today Vilkmergėlės) Street was established around 1889 by the balebatim who left their previous prayer house because of a conflict. It was named “Korah kloyz” most probably after the name of the weekly portion of the Torah, which speaks about the rebellion of Korah against Moses and Aaron in the desert (Num. 16–17). Another name is the “Egyptian” prayer house, because it stands on the former Egipto (i.e. Egyptian) Street.

The former kloyz is located far to the north of the shulhoyf, in the central part of Ukmergė, on the right bank of the Vilkmergėlė rivulet, separated from it by Kranto Street. The northwestern façade of the building faces Vilkmergėlės Street. The neighborhood has one-storey buildings and homesteads; some 100 m to the southeast there stands the Church of Sts. Peter and Paul. In 2007 the former kloyz was a small, rectangular, one-storey building of plastered brick masonry covered with a hipped tin roof. The building has a low socle, a cornice at the top of the façades and lesenes emphasizing the corners. Although the openings of all the façades have been transformed, the contours of bricked-up segment-headed windows are still visible due to cracks in the plaster. Judging from the inventory plan of the building,51 the prayer hall was located in the southeastern part and was lit by ten windows – three in the southwestern and northeastern façades, and four in the southeastern one. The interior was destroyed when the former kloyz was converted into a joiner’s workshop after WWII. 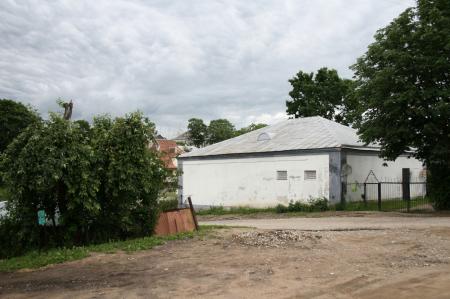 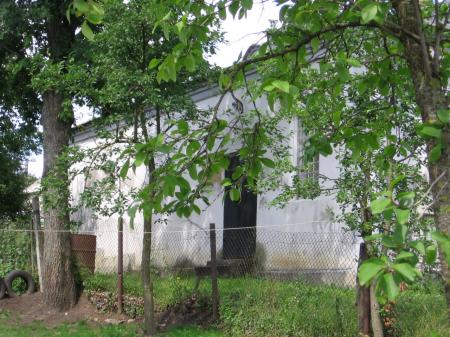 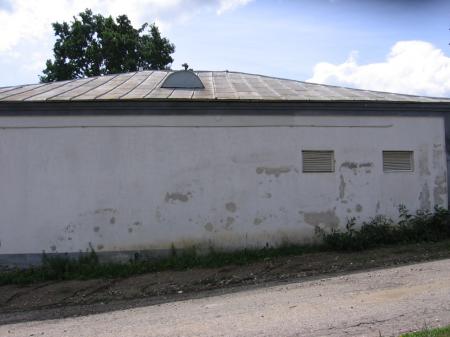 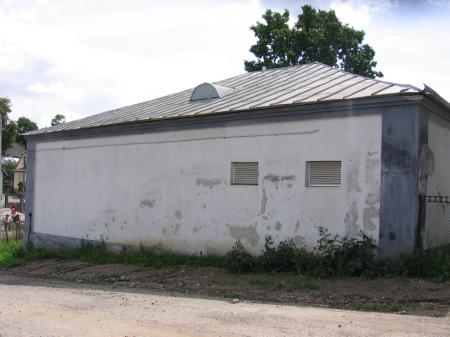 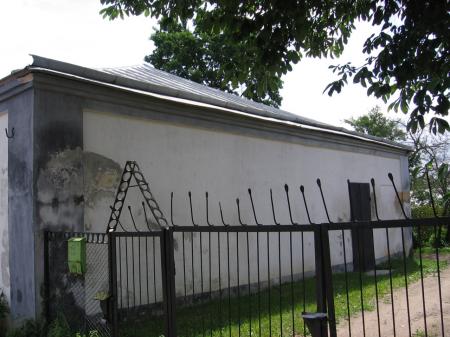 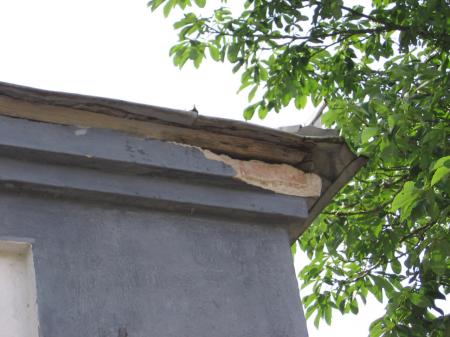 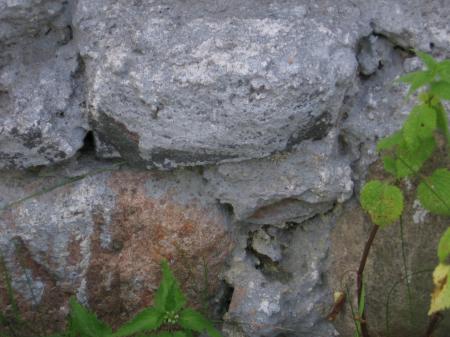 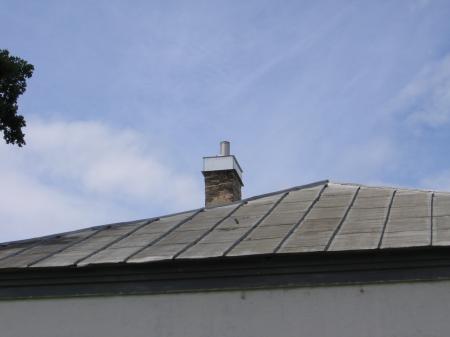 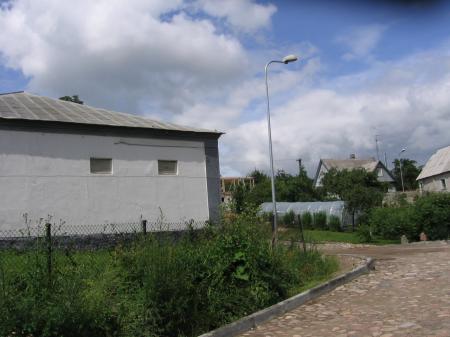 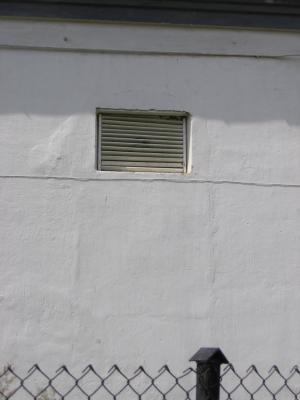 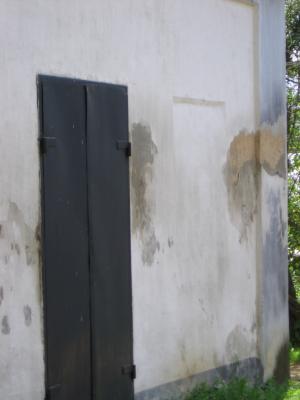 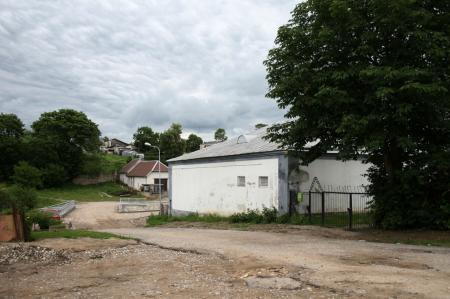 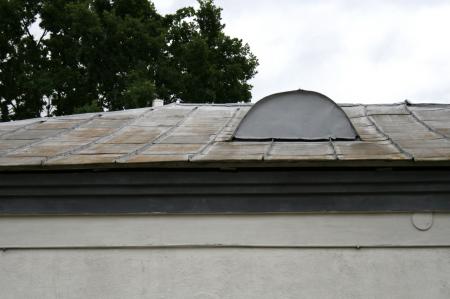 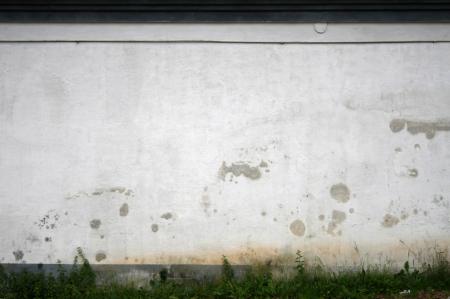 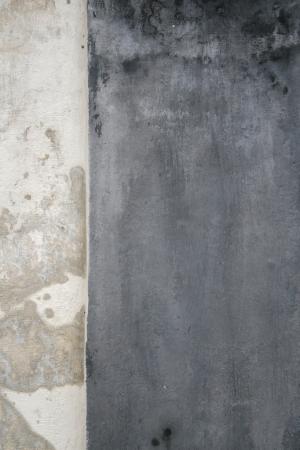 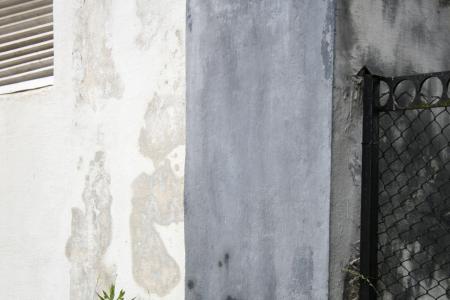