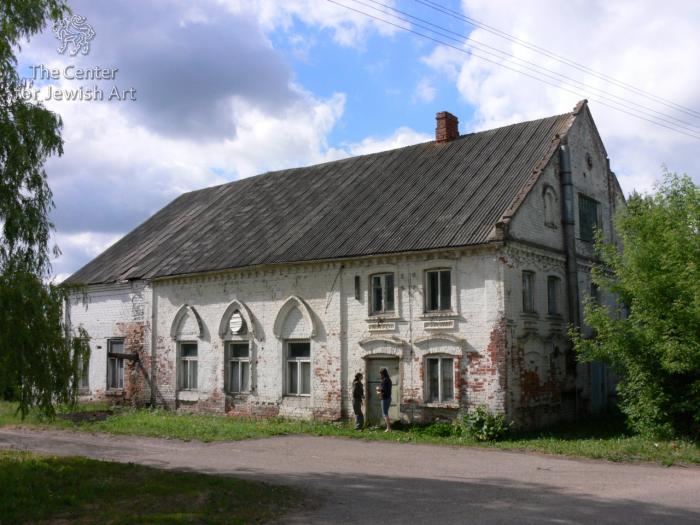 The synagogue was built in 1913. It was originally a building of rectangular plan, with a gable roof, with a lofty prayer hall in the eastern part and the two-storey western part housing a vestibule on the ground floor and a women’s section on the first floor. After WW II, the building was extended eastwards.

The synagogue is built of red brick and whitewashed. Its gable roof is covered with asbestos sheets. Most of the original exterior elements have survived on the western two-storey, symmetrical façade topped with a triangular gable above a cornice with modillions. Four pilasters with figured recessed panels divide the façade into three bays and reach the raking cornice of the gable. In the central bay is a segment-headed portal under an undulating pediment and a segment-headed window above it, framed with a band and a similar pediment. On the side bays of the façade there are two tiers of paired segment-headed windows (some of them bricked up) under undulating pediments. The ground-floor windows rest on a protruding joined stringcourse. They are framed with shouldered bands. Chamfered recessed panels are set beneath the seals. The first-floor windows are smaller than those of the ground floor, though similar in design. Panels decorated with vertical brick stretchers are inserted between the façade registers. The central bay of the gable comprises a wide rectangular opening made after WW II, and a small original oculus. The bays on either side of the gable are decorated with a round-headed niche framed with a sill, band, and a hood-mold pediment. The northern and southern façades are similar, but the northern façade facing the street is richly decorated, while the southern one is very modest. Pilasters divide the northern façade into three bays. The western two-storey part comprises a segment-headed door and a window on the ground floor and two segment-headed windows on the first floor. These openings are framed with brickwork elements, similar to those of the western façade; however, undulating pediments are replaced by segmented ones. In the central bay, the three windows of the former prayer hall are rectangular, set under pointed hood-molds; these windows were originally lancet-shaped. Both bays are crowned with a cornice with modillions. The easternmost bay, although it has a pilaster and a cornice that unites it visually with the rest of the building, is a post-WW II extension, built of red and white silicate bricks. The original eastern façade of the synagogue is concealed behind the post-war extension; the remnants of the decorative niches in its gable can be seen in the attic. The annex attached to the eastern façade is covered with a lean-to roof.

The interior of the synagogue was destroyed while adapting the building to industrial purposes: after WW II it housed a dairy, later a mill, and a meat preserving plant, which functions until today.

The synagogue has been returned to the Lithuanian Jewish Community, and in 2005 a memorial plaque for the victims of the Holocaust was set up on the southern wall of the former synagogue.

Synagogue in Pušalotas - photos of 2017

Holocaust Memorial Plaque at the Former Synagogue in Pušalotas, Lithuania, 2005
Summary and Remarks 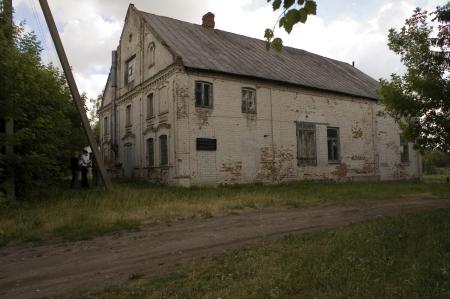 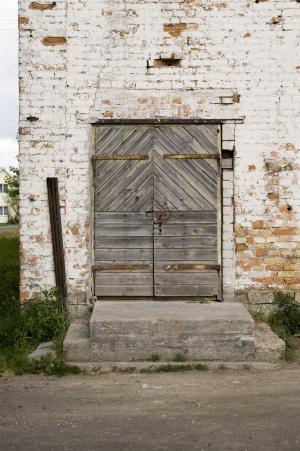 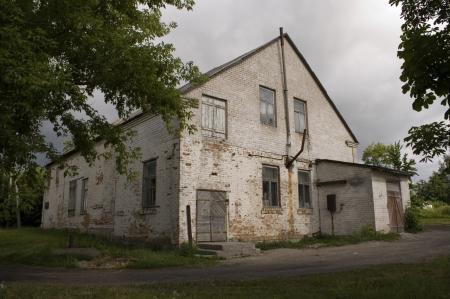 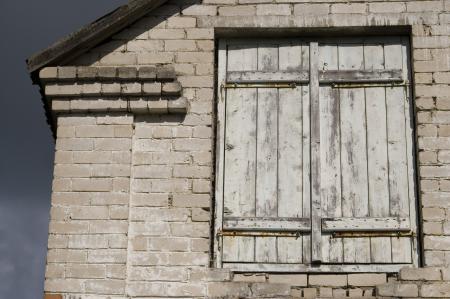 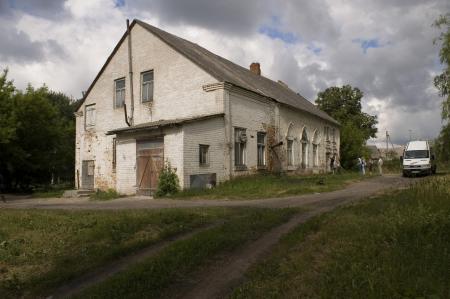 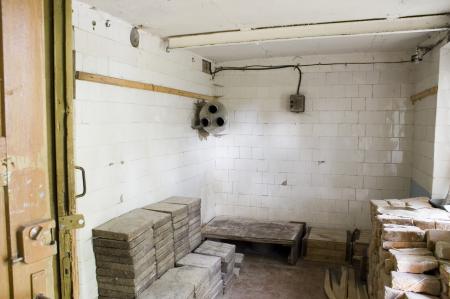 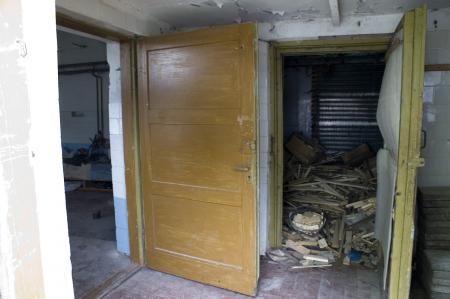