The building date of the kloyz is unknown. The plan of Plungė from 1894 shows the shulhoyf with a similar wooden structure located on the same place. However, it is likely that the current building was constructed after the 1931 fire. In the Soviet period, the former kloyz was adapted for educational purposes and served as an art school and driving school. Recently it was restituted to the Jewish community of Plungė.

The kloyz is a wooden building, which has preserved its basic original shape. The building is a rectangular wooden log structure on a masonry foundation, with a hipped roof, covered by red painted tin. It is boarded with horizontal planks. With its liturgical axis oriented to the east, it is slightly broader than longer, measuring 11.18 m from west to east, 12.82 m from south to north, and 8.36 m high from the foundations. Its western part includes a lobby, a vestibule, and a “room for beggars,” and the eastern part is a prayer hall. In 2007, the prayer hall was divided by a longitudinal wooden partition in two classrooms, according to the needs of the former school. Peculiarly, the building never included a women’s section. The interior of the kloyz is spanned with a flat ceiling, below the roof construction. The floors are paved with wooden boards. The prayer hall is lit by two windows on its south and north, and four windows on the east. The lobby is lit by a window above the northern entrance door, the vestibule has a small window in its western wall, and the “beggars’ room” is lit by one window in the southern wall. All openings are rectangular and their upper part is boarded up. 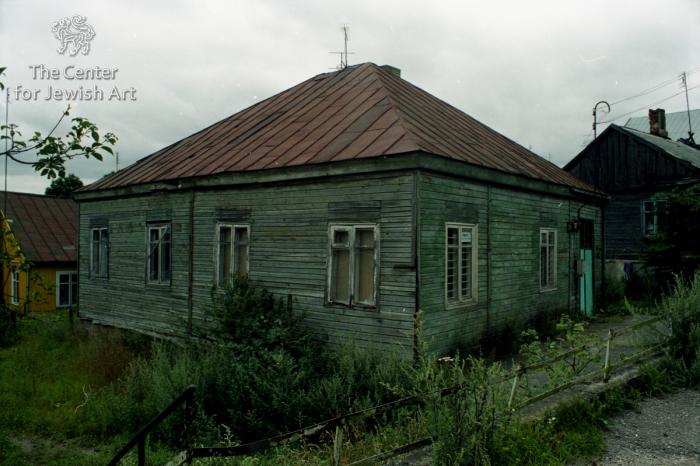 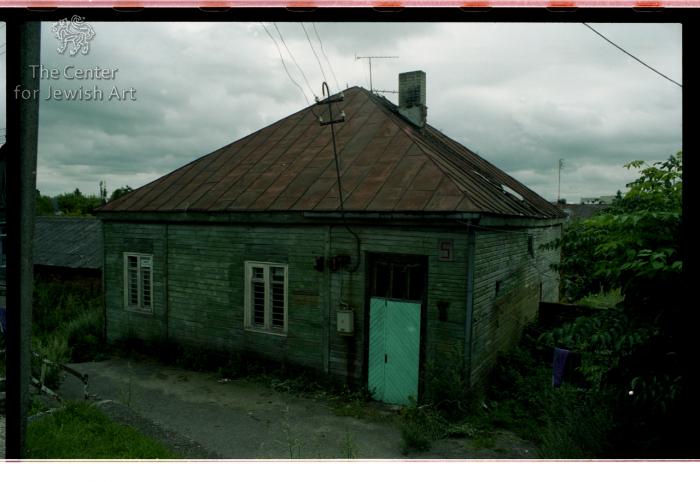 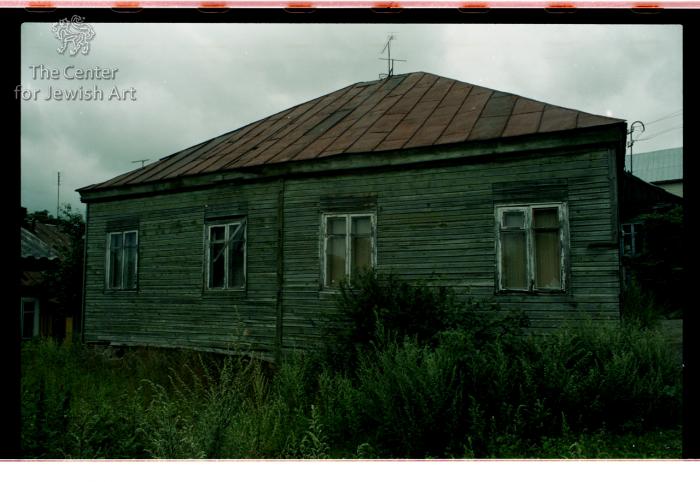 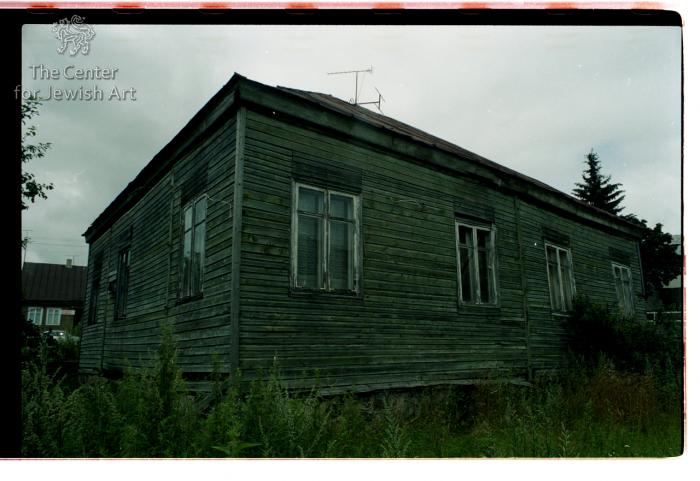 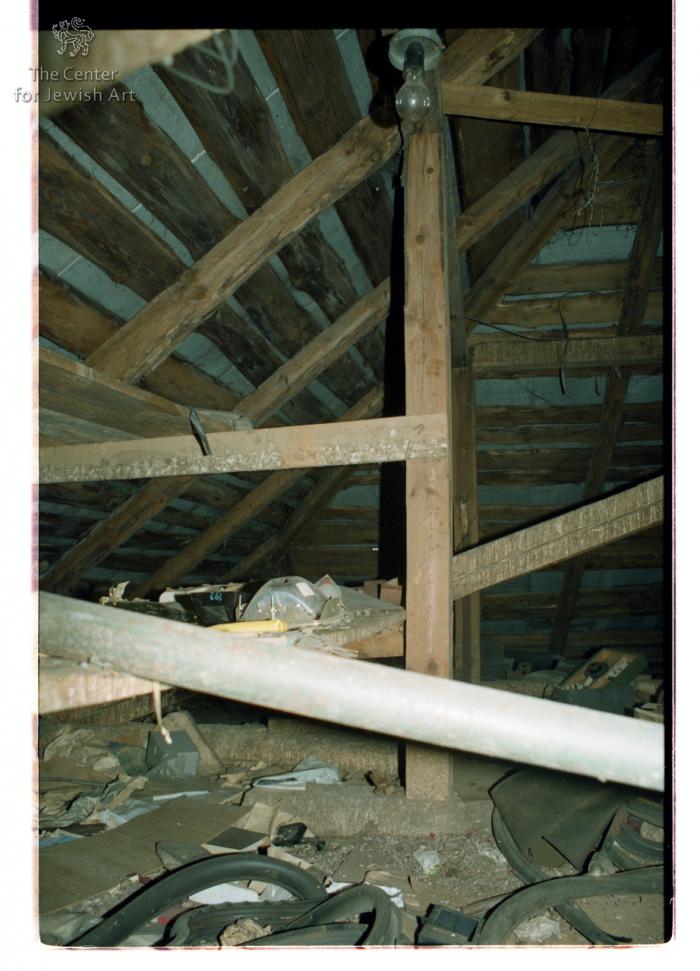 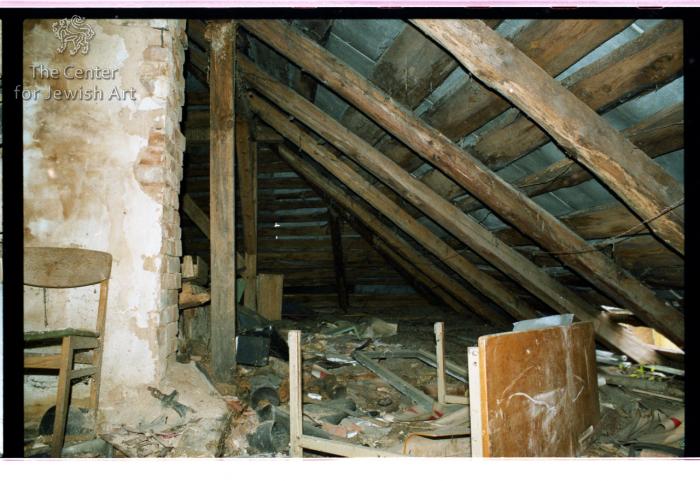 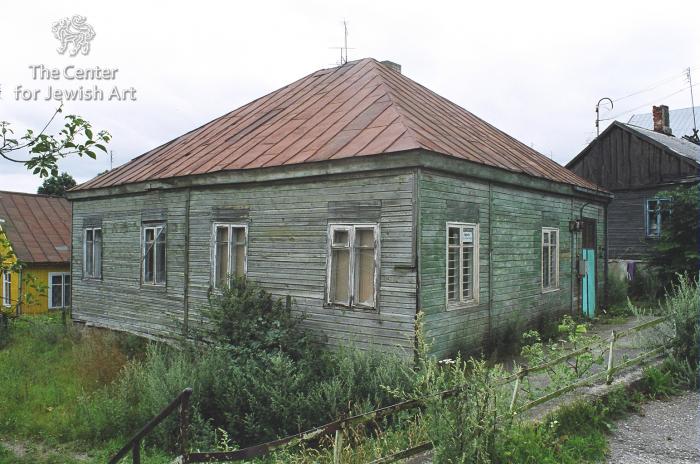