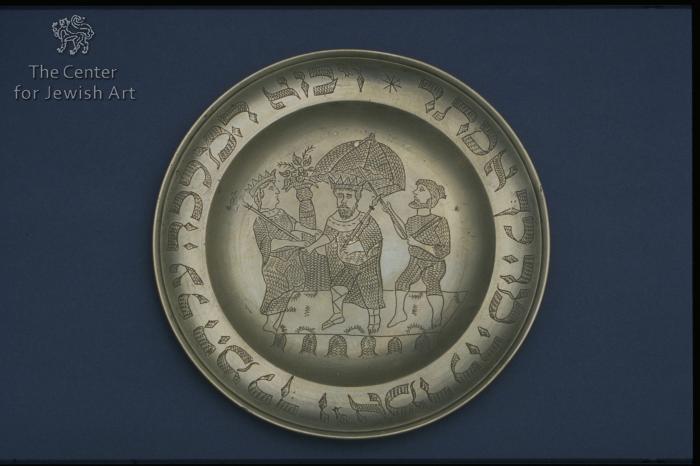 The pewter Purim plate is round, with a raised rim. The central decoration depicts King Ahasuerus stands on a platform between Esther the queen from his right and a servant to his left. The bearded and crowend king holds his sceptre in his left hand while holding out his right hand towards the crowened queen who stands aside the platform and holds out her hands towards him. In her right hand she holds a sceptre surrmounted by a bird. The bearded servant holds a parasol above the king, he wears an helmet. A column topped by a flower and leaves stands at the background between Ahasuerus ans Esther. Around the rim is an inscription. In squer fieled letters it reads:

"And the queen came to the king, than said he unto her What wilt thou, queen Esther." (Based on words from the book of Es.5:2-3). 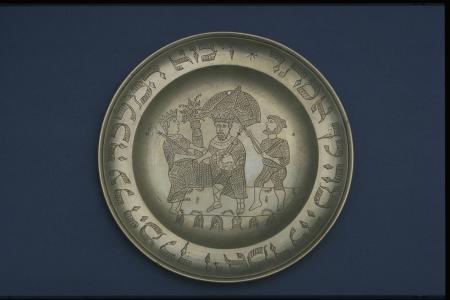 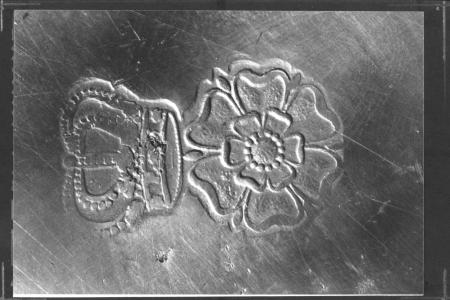 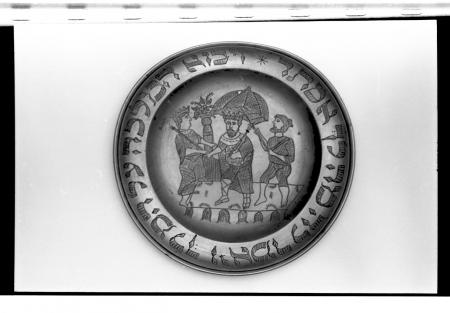 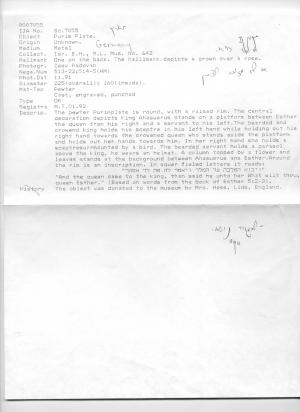 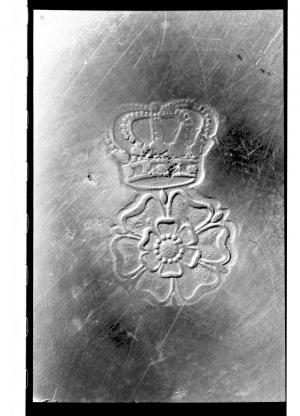 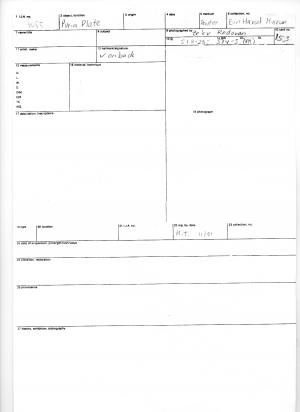 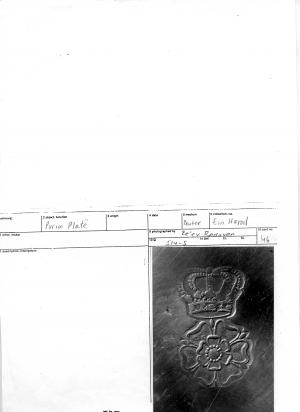 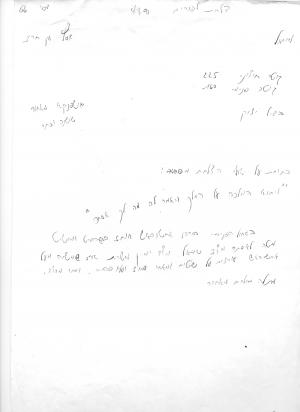 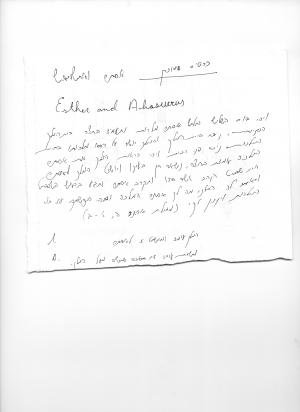 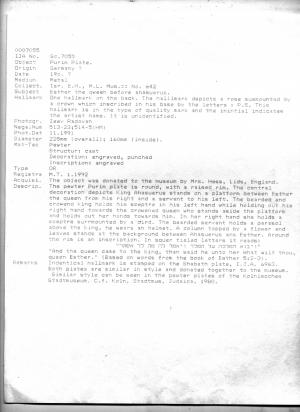 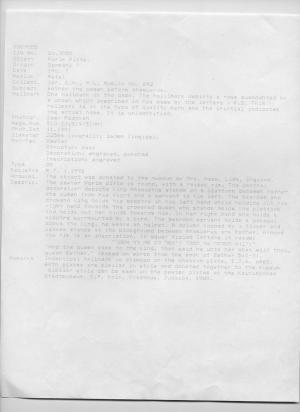