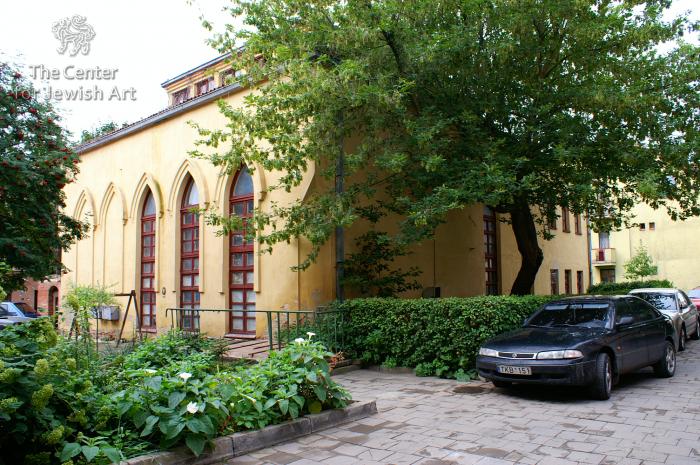 The Butcher’s Synagogue, situated in a courtyard, was built in the second half of the 19th century and its western part was probably reconstructed in the interwar period. It is a plastered brick building, with an almost square prayer hall in the east and a western two-storey part housing the women’s section. Presumably, the prayer hall was lit by twelve windows. The most elaborate is the eastern façade of the prayer hall, which is arranged symmetrically with five high pointed arches. The arches are stressed by a protruding molding and another molding resting on consoles. Presumably there were four pointed windows, and the central arch was blind, indicating the position of the Torah ark in the interior. Currently two southern windows are bricked up, while two northern windows reach ground level. A similar window is situated currently in the central arch. The corners of the eastern façade are chamfered in their lower part. The southern façade of the prayer hall has four pointed windows void of decoration, and the northern one has two windows, while other two were presumably blocked. On the southern, entrance façade, the openings of the western two-storey part are arranged into groups of high, narrow, rectangular windows creating a modern window “band” on both floors. On the northern façade there are rectangular windows of regular proportions. The western façade now has a gable and pairs of rectangular windows in the center of each of the three tiers.

A lower annex with a gable roof is attached to the western wall.

Since its fenestration is similar to that of the synagogue building, it was probably added in the interwar period.

To enable the use of the attic, a low projection with windows rises above the roof to light the rooms. The former interior was destroyed and subdivided into several rooms. Today (2009) the building houses studios of the Kaunas Art Faculty of the Vilnius Academy of Arts. 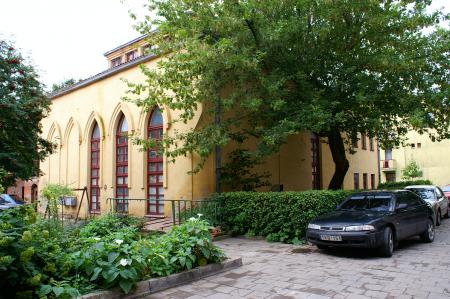 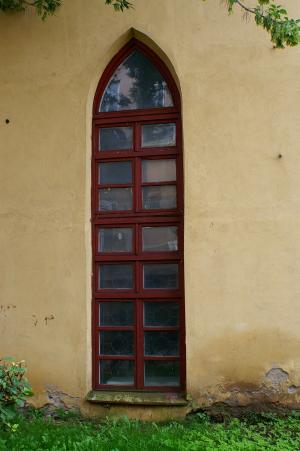 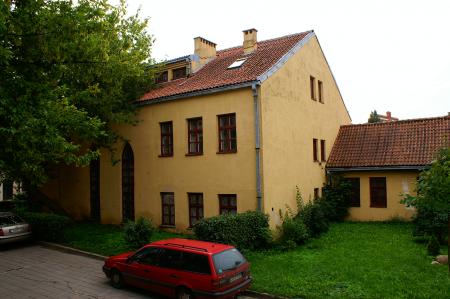 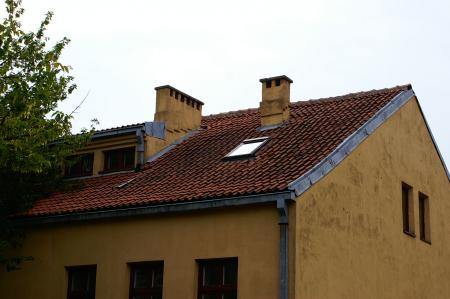 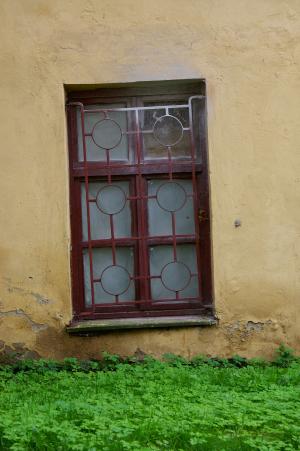 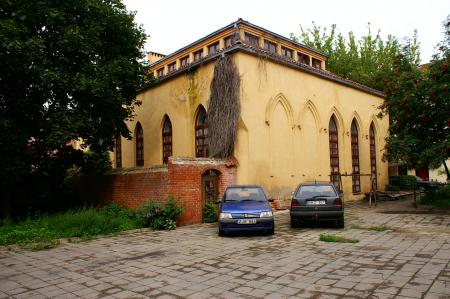 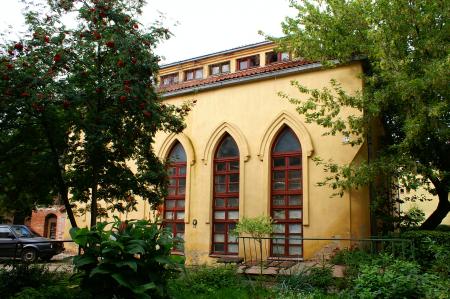 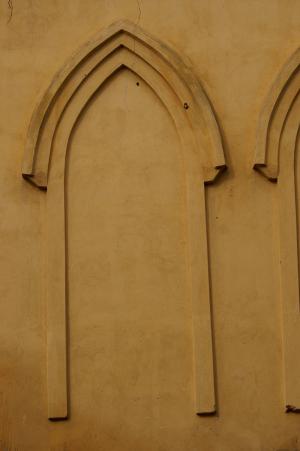 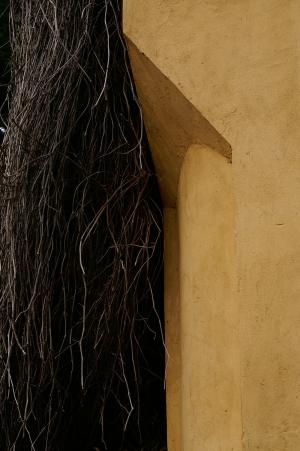 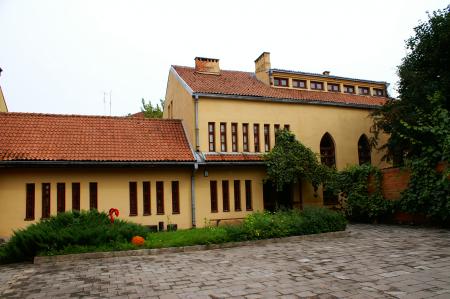 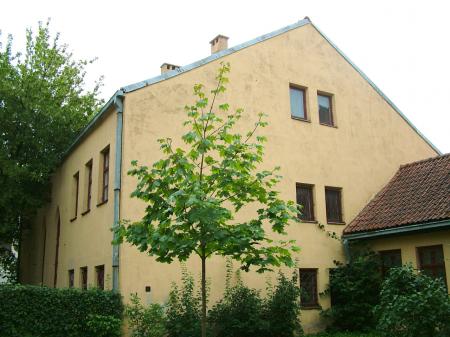