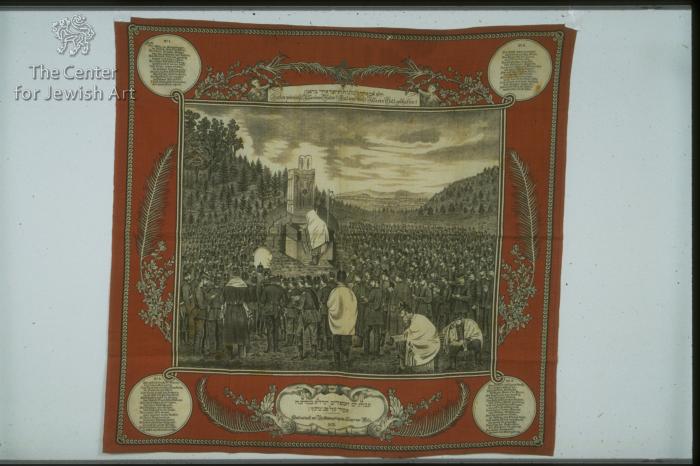 The square Kerchief is decorated with a central panel which depicts a praying scene in black and white, within a red frame. The frame bears in its corners four poems in German, each within a medallion. The central panel depicts a praying scene, which focuses on the Torah^Ark covered by the Parochet and surmounted by the Tables of Testimony. Right in front of it stands the covered Bimah and an eternal light hanging from a column by its side.The cantor is wrapped in a Talit and a mass of soldiers wearing Prussian uniforms encloses the sacred scene. Five soldiers wear a Talit, while two of them seat facing the viewer. A depiction of a landscape places the scene in the open. The central panel is surrounded by branches, leaves and flowers while on its top appears a rectangular shaped band held by two flanking angels and surmounted by a Star^of^David. The band bears Hebrew and German inscriptions in filled square letters. The inscription in Hebrew reads:

"One father to us all one has created us".

More Hebrew and German inscriptions appear on the lower part of the kerchief, dated 1870 and situated within a stylized conch flanked by vegetal patterns. The inscription in Hebrew reads:

For a similar object in the Israel Museum see here. 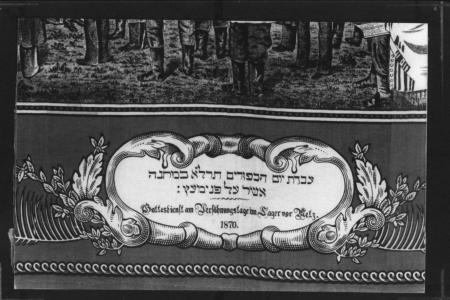 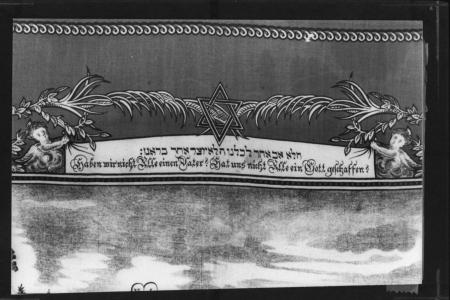 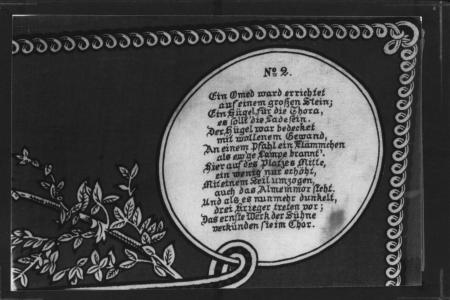 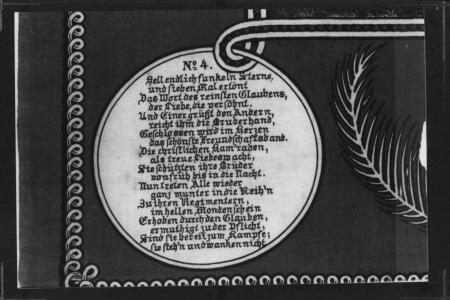 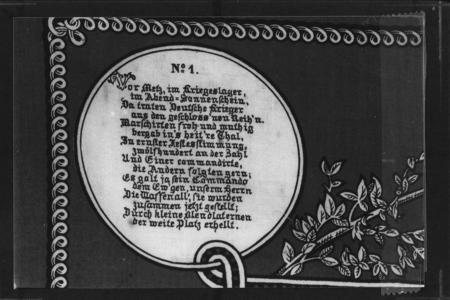 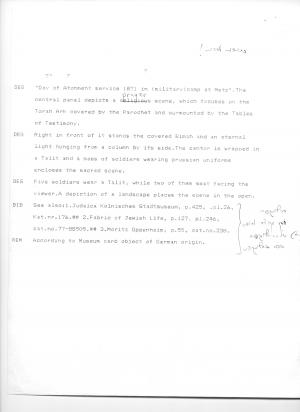 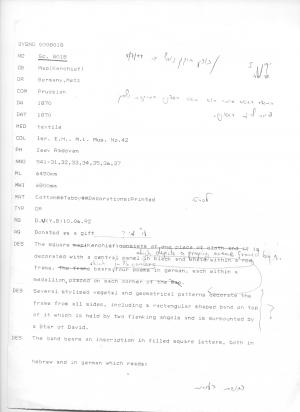