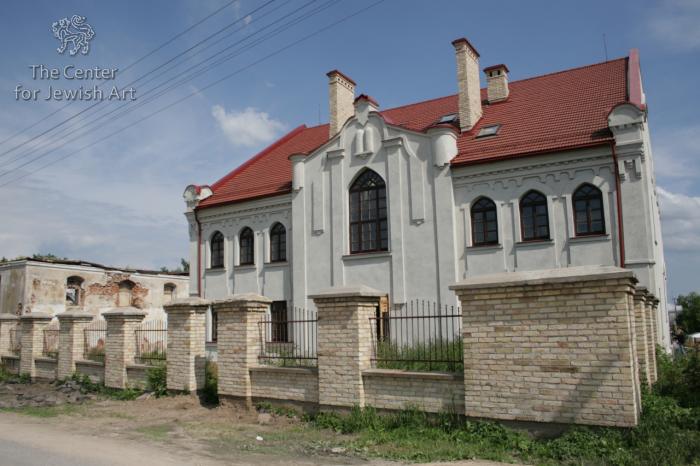 The beit midrash was built at the shulhoyf in 1865. The structure is based on a rectangular, almost square ground plan, and comprises a prayer hall on the southeast and a two-storey part on the northwest. It is built of brick, plastered, and covered with a saddle tile roof. The beit midrash stands on a plastered socle built of boulders.

The building of the former beit midrash has been under reconstruction following the design by Antanas Gvildys and the UAB “Archinova” from 2002. During the reconstruction certain original elements vanished, others were transformed and new elements added. The following description highlights the changes that occurred between 2001, the year before the renovation, and 2007.

During the reconstruction, a former cellar was unearthed, the foundation and the walls were reinforced, and cracks in the walls were fixed. The former rectangular plan was altered as a projection was added at the center of the southeastern wall.

The main, northwestern, two-storey façade is symmetrical, with a central projection surmounted by a figured pediment. The corners of the façade and its projection are accentuated by pilasters terminating in turrets. Corbelled pilasters emphasize the central part of the projection, which is pierced by a broad rectangular doorway and a large pointed window above it (its frame was destroyed during the reconstruction). Plaster Tablets of the Law are set above this window; the pediment is topped with a corbelled pier. In the lateral portions of the façade, the ground floor openings are rectangular, while those of the first floor are pointed, and surrounded with flat moldings. The lateral portions of the façade are crowned with an arched band and dentiled cornice. The southeastern façade is pierced with tall pointed windows. It has a rounded projection, added in 2002. The lateral façades of the projection are pierced by pointed windows, and its rounded wall has an oculus with a Star of David set in its glazing. The façade is crowned with a molded cornice. The northeastern and southwestern façades are similar. The windows of the prayer hall are tall, pointed, with plaster archivolts; windows of the two-storey part are rectangular. The triangular gables are pierced by four rectangular windows (the lateral ones are narrower), and a small semicircular window is placed above them.

In 2007 the interior was under reconstruction: a new corridor was built on the ground floor along the partition wall between the prayer hall and the two-storey part, and two symmetrical reinforced concrete staircases were installed there. As a result, the entrance door now leads to the vestibule, from which the new corridor, the former prayer hall and the auxiliary rooms can be accessed. The wooden ceilings have been replaced with reinforced concrete ones. In 2001 the ceiling of the former prayer hall was decorated with plaster paterae. Four round wooden pillars around the central bimah used to support the ceiling beams. In between the pillars, there were remnants of a wooden cove dome

painted deep blue and surrounded with a molded framing. In 2007 the pillars and the spanning beams were replaced with the metal ones and a round opening was left in place of the former dome. During the reconstruction, remnants of stencil murals were uncovered and rectangular openings to the first floor women’s gallery exposed. The site of the Torah ark is marked by an arched colonnade, also exposed in 2002. After WWII a doorway was cut through the Torah ark. During the recent reconstruction, the new projection was built behind the former Torah ark. It adds three windows to the number of windows in the prayer hall, bringing it from the original twelve to fifteen. 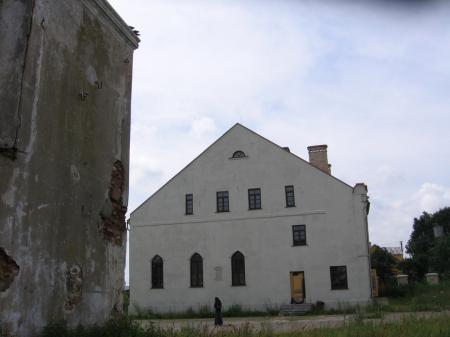 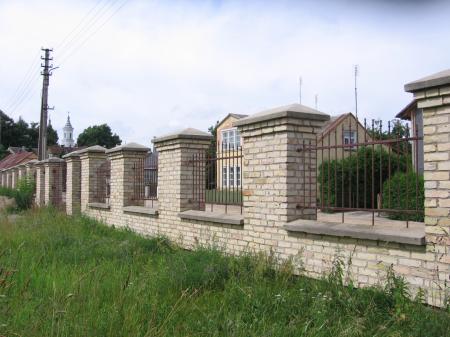 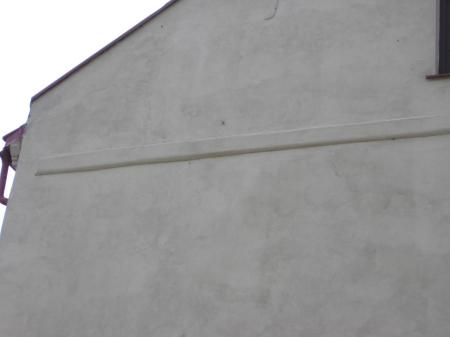 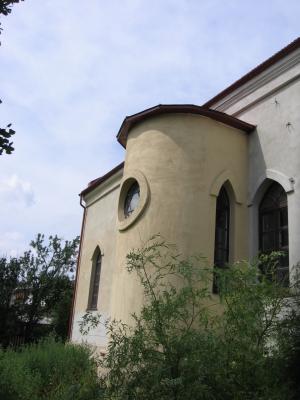 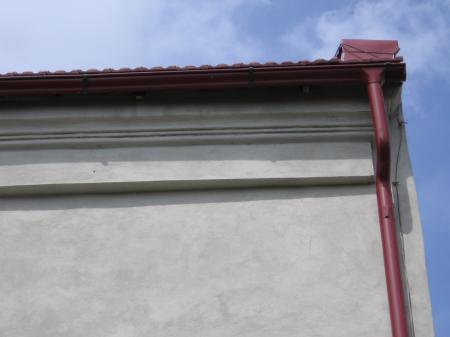 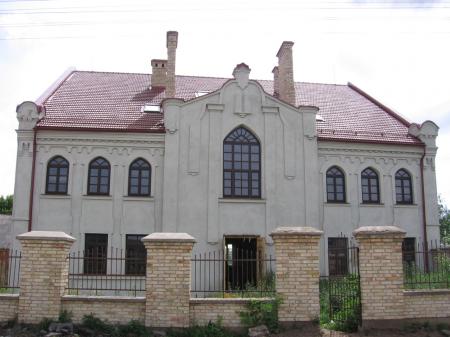 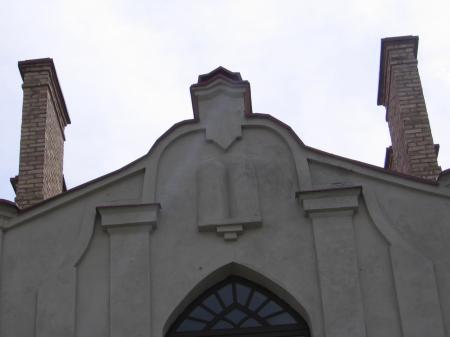 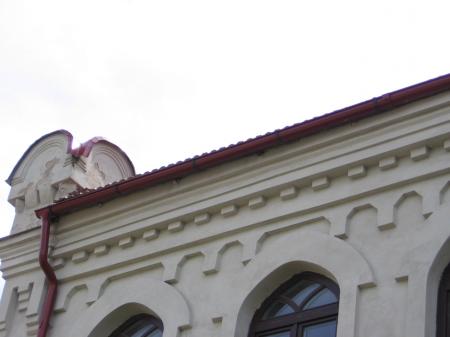 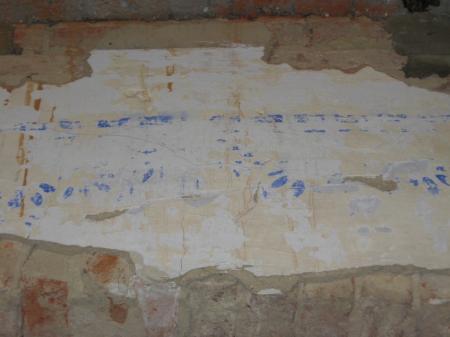