The synagogue is an unplastered, red brick structure. It has two main volumes, and is covered with a gable roof of asbestos sheets laid on top of old shingles.

The synagogue has a rectangular footprint. It consists of a spacious prayer hall on the eastern side and a two-story western volume, the ground floor of which houses a vestibule and one small room, and the upper floor was the women’s section. The main entrance to the synagogue is situated on the southern façade. An outer wooden staircase leading to the women’s section was most likely attached to the western façade. Foundations of some later annexes can be traced 9 m westwards from the today’s western wall.

The synagogue’s exterior has been mostly preserved.

The interior is divided by brick walls into the eastern prayer hall and two western rooms, above which the women’s section was situated. The northwestern room apparently served as a small prayer and study room, since there is a niche with a protruding wooden frame in its eastern wall that looks like a small Torah ark. 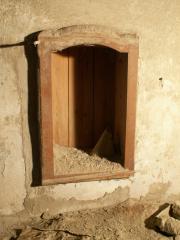 The prayer hall was originally spanned by a wooden barrel vault, the shape of which can be seen in outline of the attic.

Today (2006), the prayer hall and the women’s gallery are spanned with a common wooden joisted ceiling. The hall used to be lit by twelve windows: four on each of the southern, northern, and eastern walls. All of them are currently blocked with planks.

The floor of the prayer hall was lower than that of the vestibule. The marks of four steps can still be seen beneath the higher post-WWII floor.

The pride of the builiding, the Neo-Baroque Torah ark remains preserved and located at the central pier of the eastern wall. 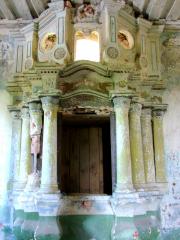 After WWII, the synagogue was abandoned for a long time. In 2006, local people still recalled the bright and richly colored interior, which had been visible before the building was converted into a kolkhoz granary. Apparently, it was at that time that the wooden gallery on the western side was pulled down. When it was visited in 2006, the building was not in use. On January 5, 2010, the former synagogue was listed as regional monument of cultural heritage. 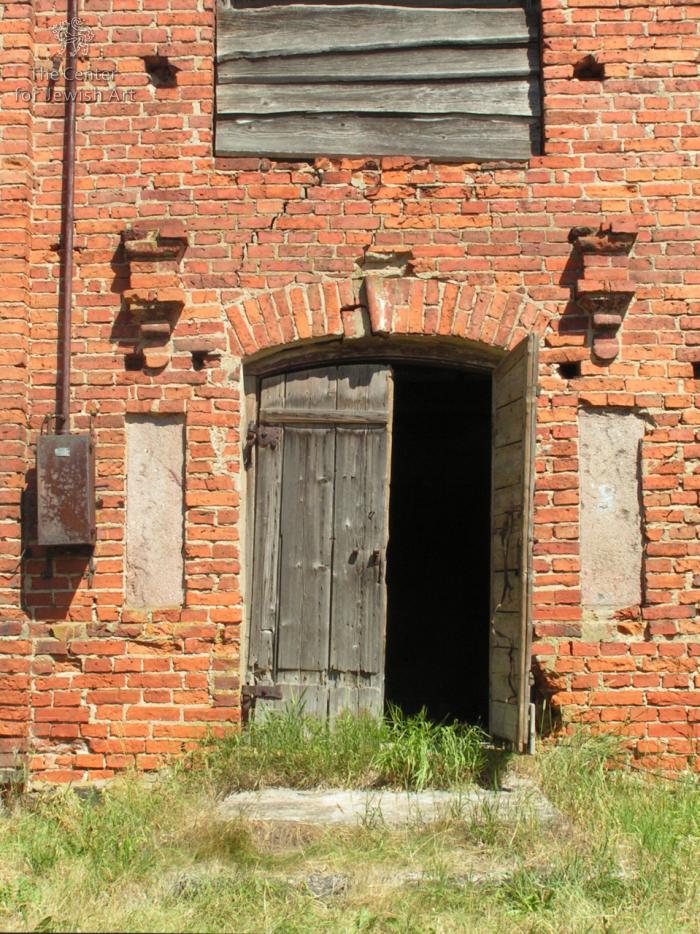 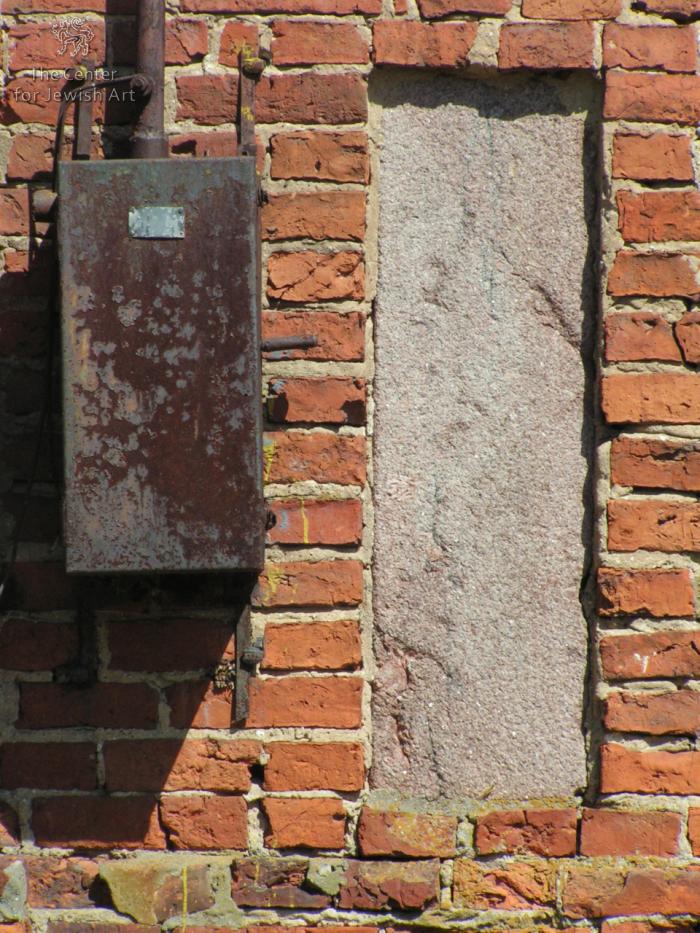 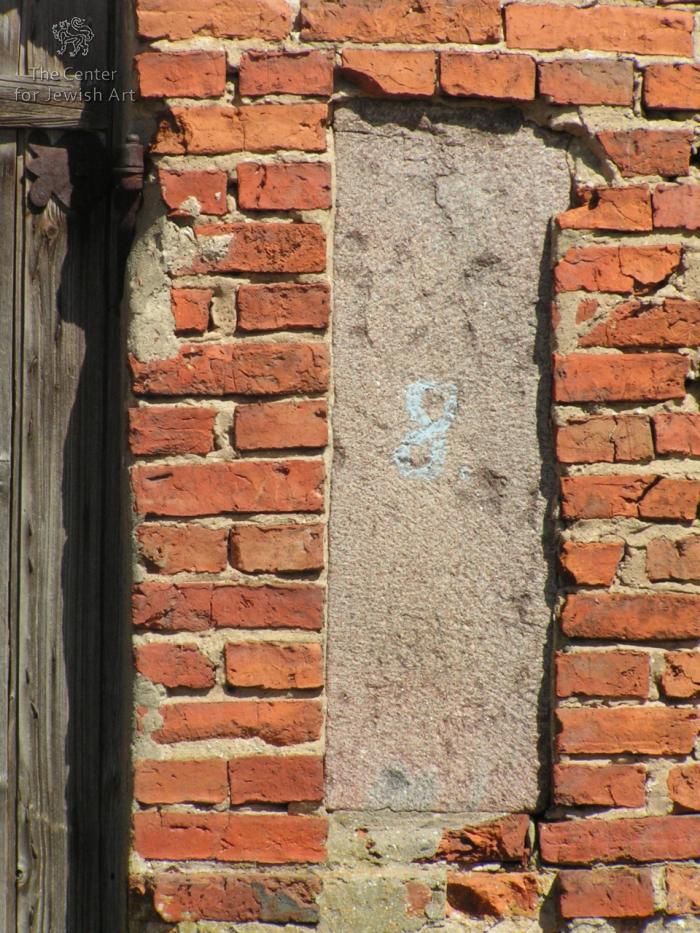 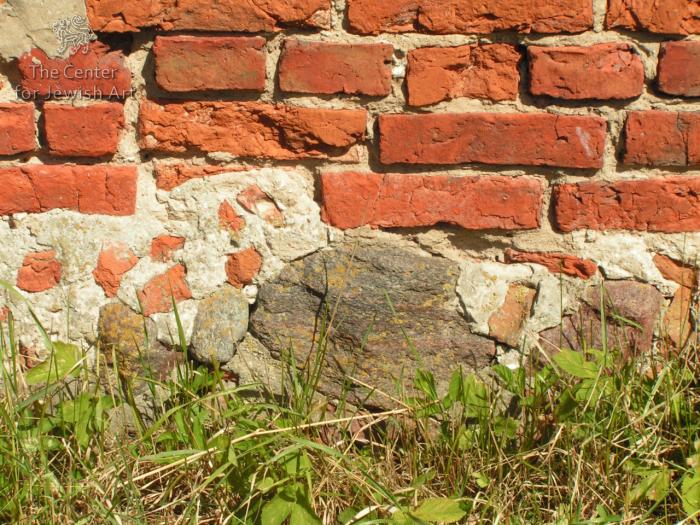 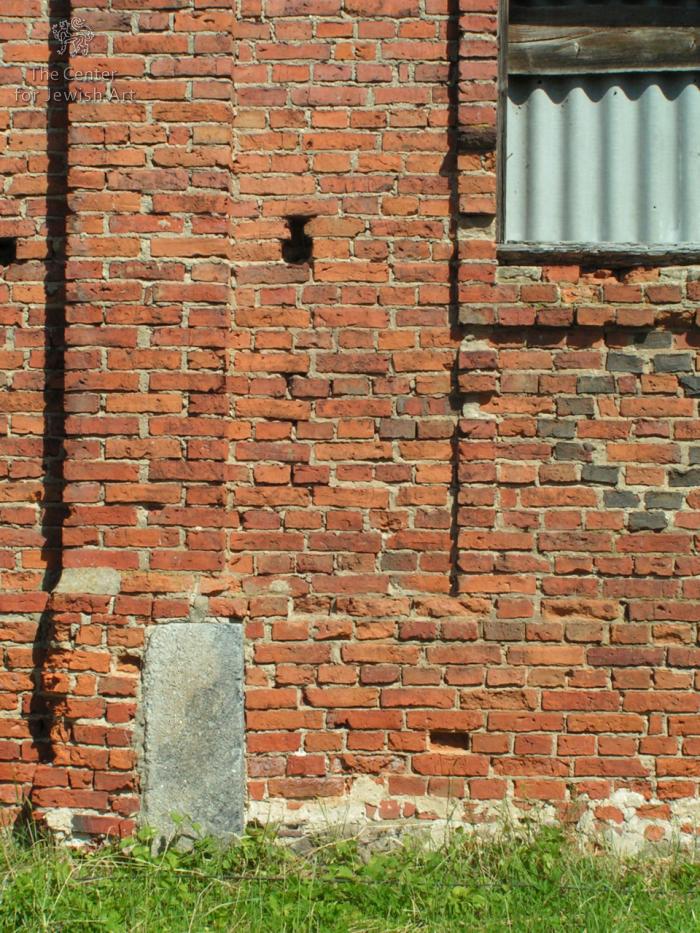 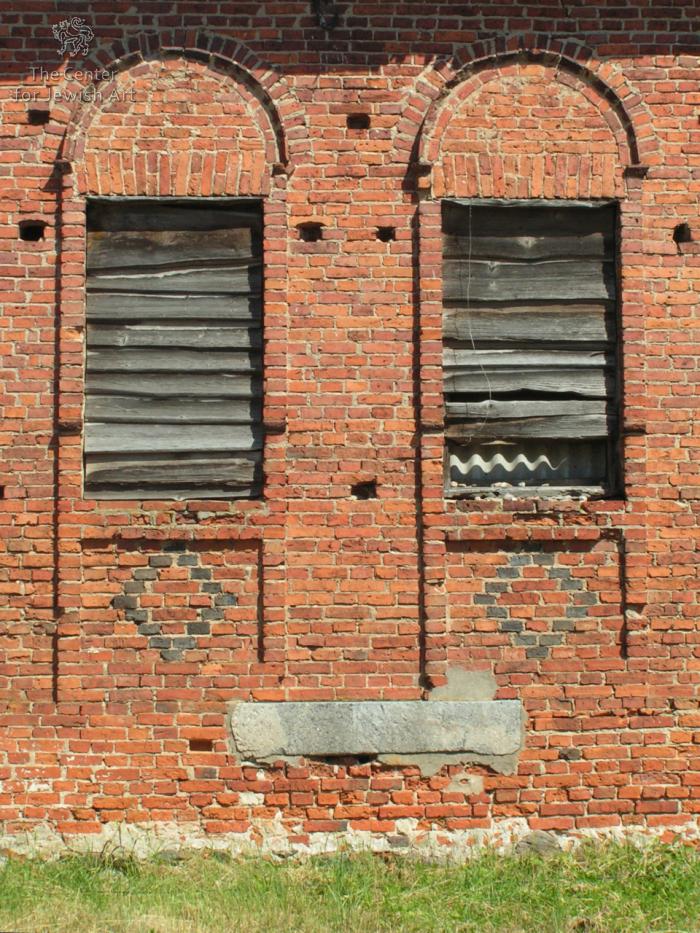 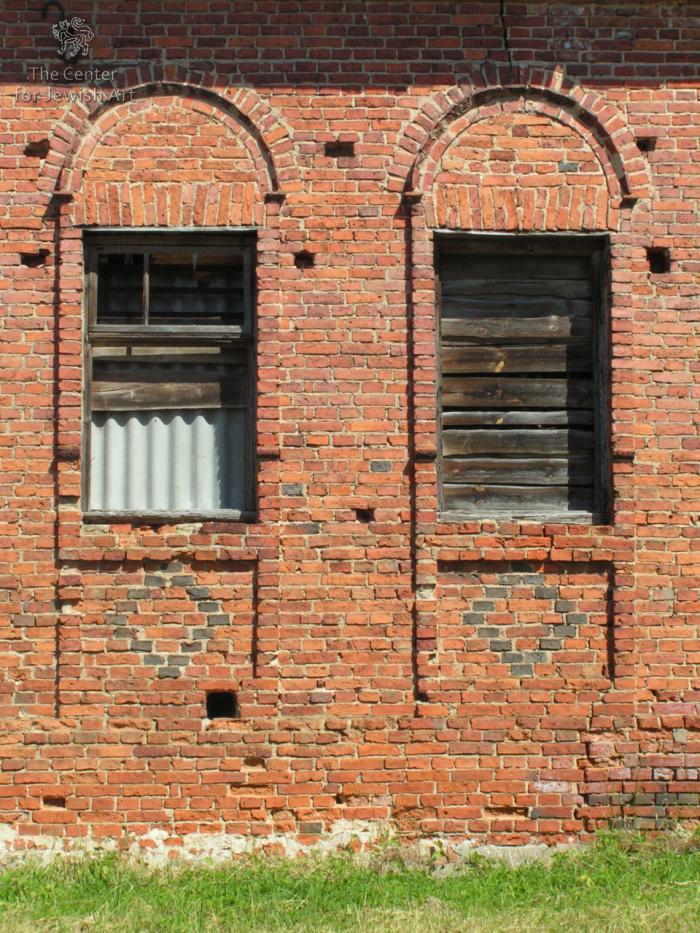 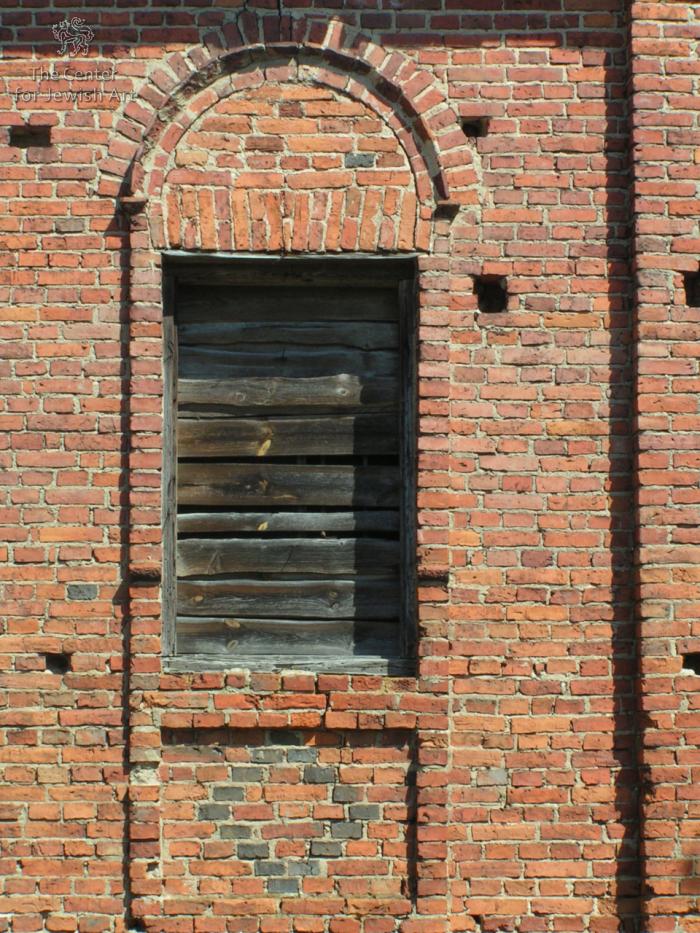 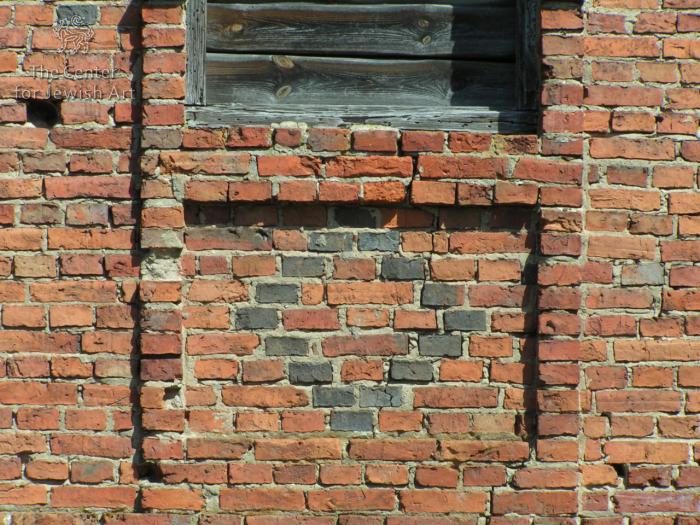 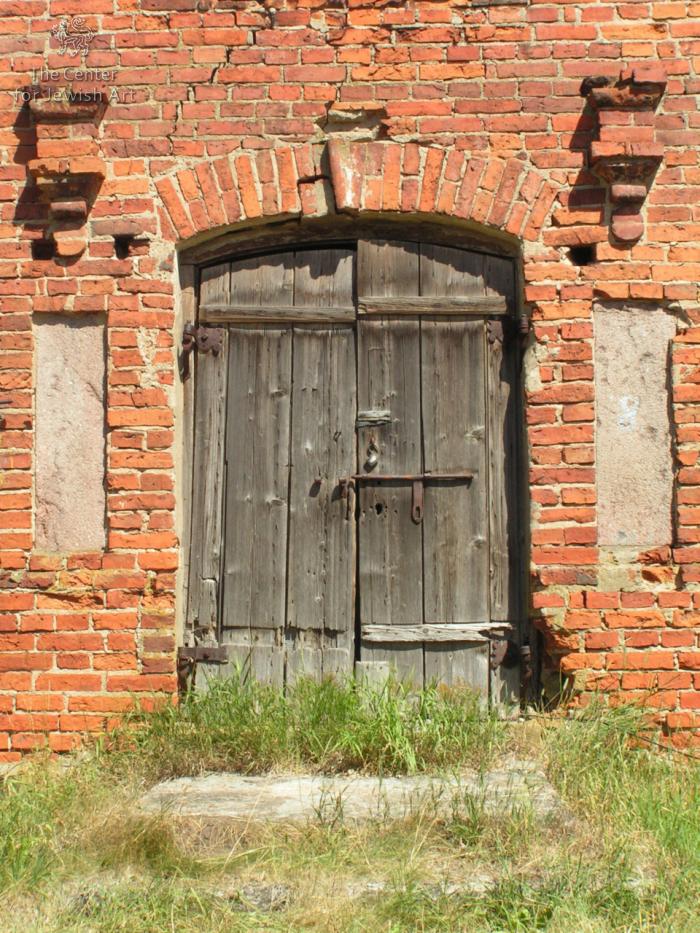 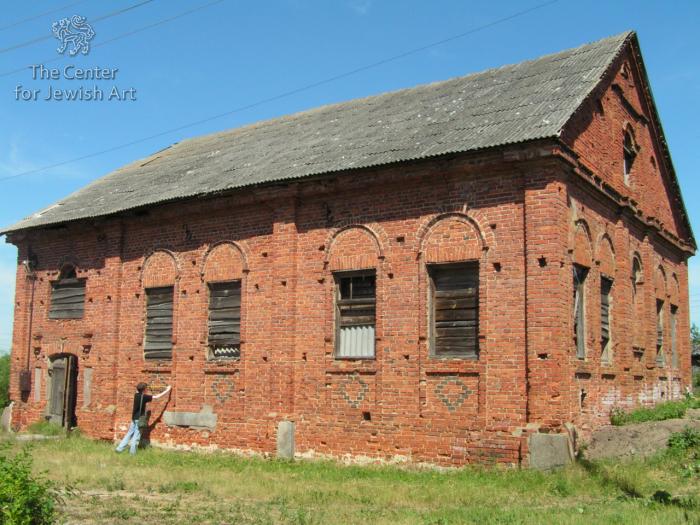