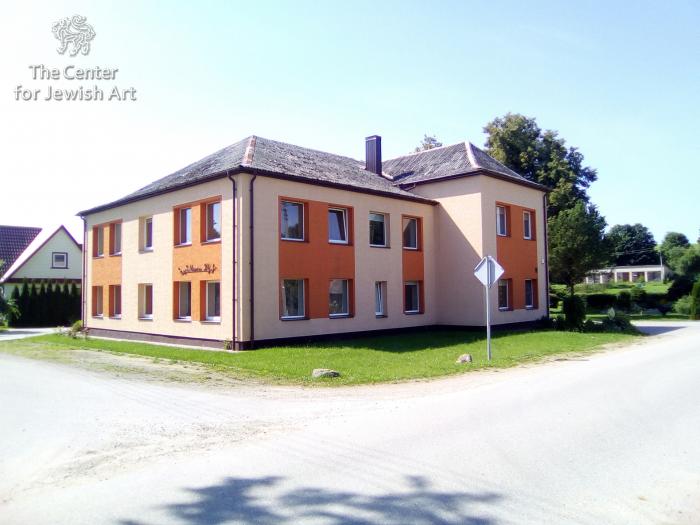 The red brick structure had a T-shaped plan and consisted of a prayer hall on the southeastern side and a broader two-storey part, slightly higher, to its northwest. Both parts of the building were covered with a hipped roof.

The two-storey part contained a very narrow vestibule, in which three stairs led up to the level of the prayer hall. Another three rooms – two to the south and one to the north of the vestibule – were situated on the ground floor, with the women’s section on the first floor above it. A staircase to the women’s section was placed at the northern side of the two-storey part. The almost square prayer hall had twelve windows and two entrances: one from the vestibule and another on the southwestern
façade, leading directly to the hall. The bimah in the center of the hall was surrounded by four pillars
(Figs. 8, 9), which supported the flat ceiling. In the middle of the southeastern wall, the Torah ark was situated within a deep semicircular niche with two flanking pillars. The niche was flanked
by a pair of round-headed windows on each side.

The exterior had modernist Neo-Classicist features. A high socle, accentuated by a broad horizontal cornice, ran around the building. While the prayer hall was lit by high round-headed windows, the broader two-storey part had rectangular windows in both tiers.

The main northwestern façade was symmetrical, two-storey, and had an emphasized central axis with the entrance and a broad rectangular window above it. The field between them was filled
with a small blind arcade. The central axis, flanked by lesenes, was situated within a large recessed field with pairs of rectangular windows flanking it on each floor. On the side façades, the two-storey part protruded and had three rectangular windows on each of the floors. The southeastern façade had a central protrusion indicating the position of the Torah ark. It was flanked by two pairs of round-headed arch windows.

During the Soviet period, the former New Beit Midrash was used for the needs of a kolkhoz, and later housed a warehouse, an office and a house of culture. There were plans to accommodate a hospital in the reconstructed New Beit Midrash building. In 2008 the building was under renovation. 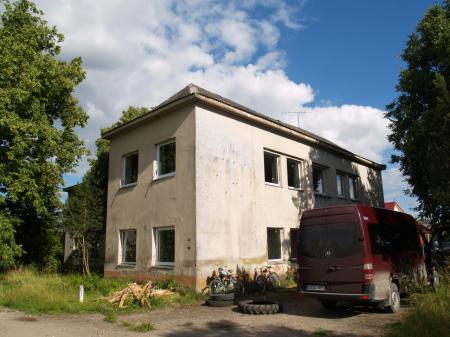 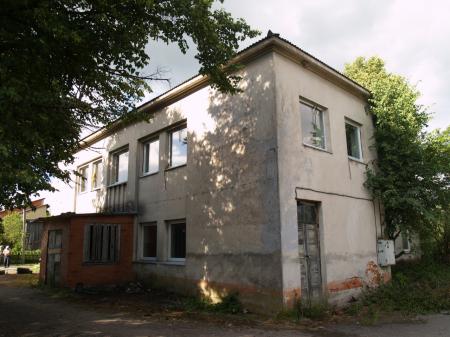 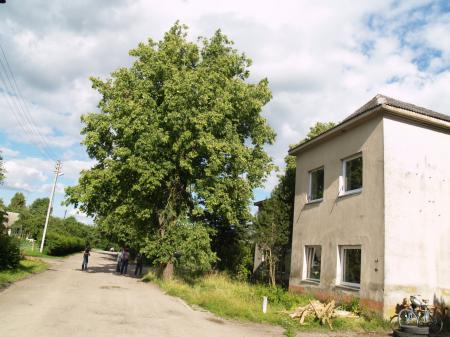 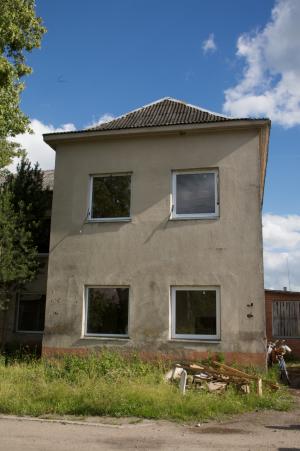 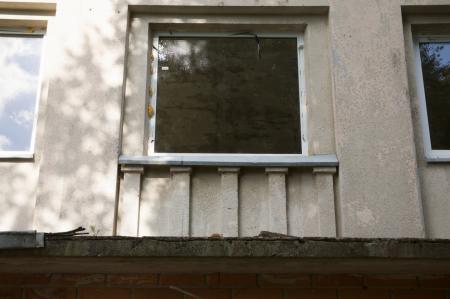 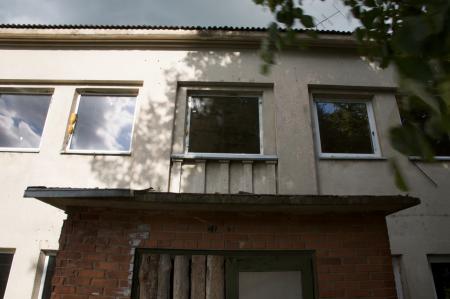 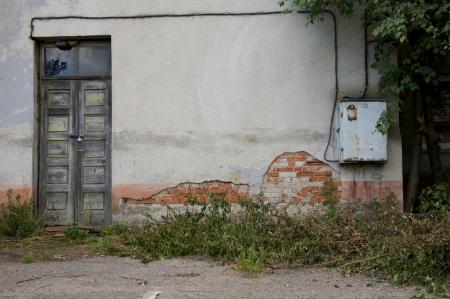 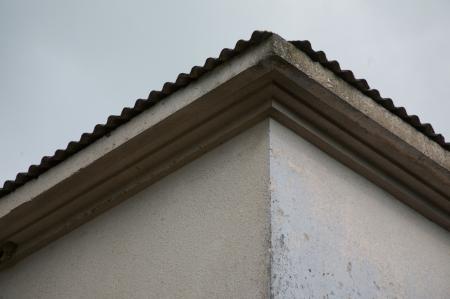 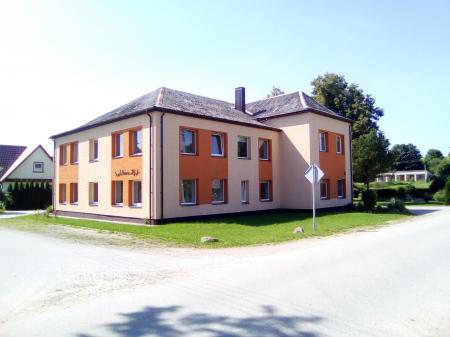 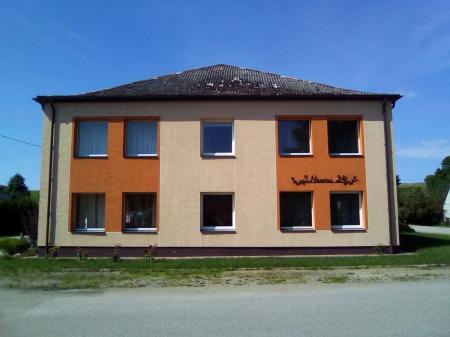