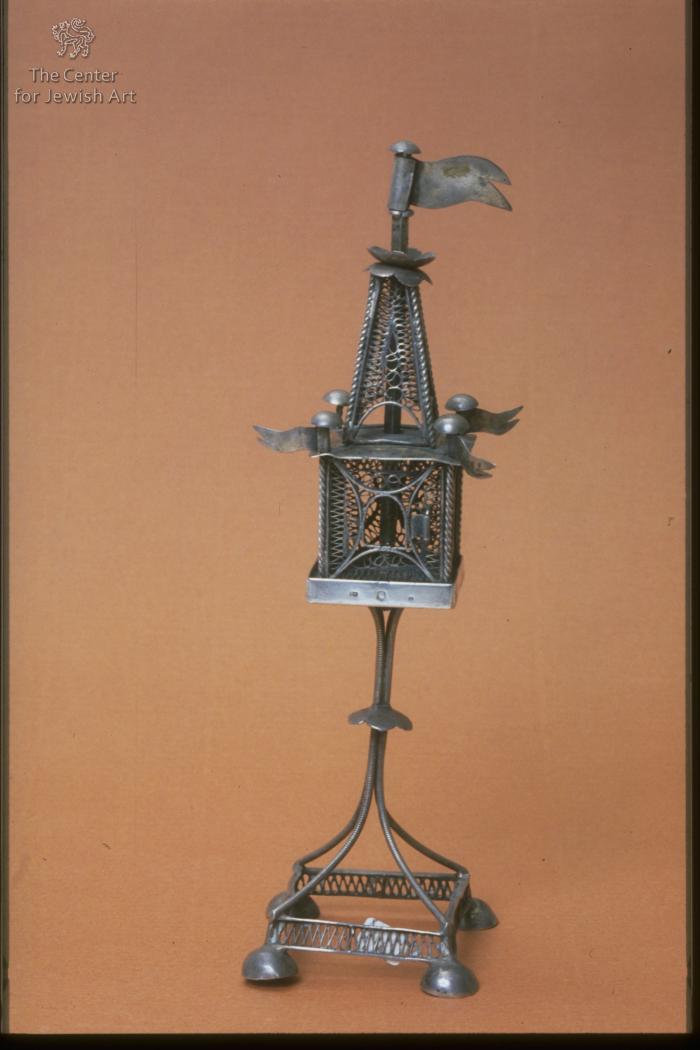 The silver spice tower consists of a shaft, a body, a tower and an apex.

The shaft is supported by a square bace maid of four filigree strips that stand on four semi-spherical legs. It is composed of four legs, that emerged from the base's corners, and joined together by a convex floral disc in its center.

The rectangular body is made of filigree with wavy pattern. It has on one side a hinged arched door. The body stands on a wider plate with folded borders, bearing a German inscription on three sides. Engraved in cursive letters it reads:

The body is covered by a rectangular plate, slightly convexed. On each of its corners there is a rod encircled by a flag and headed by a semi-globe.

The roof is a pyramidal tower decorated with identify filigree pattern. It is surmounted by two floral convex and concave circlets, headed by an apex composed of a rod encircled with a flag. The rod which is attached to the body's base, terminates in a semi globe. 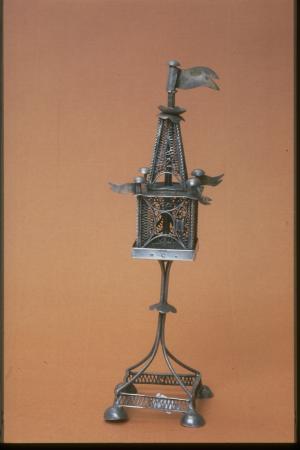 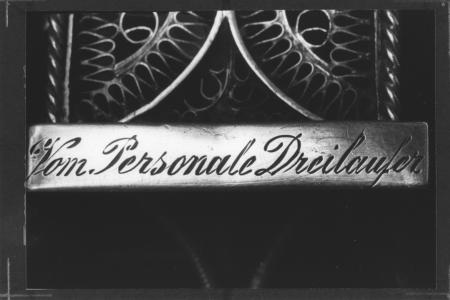 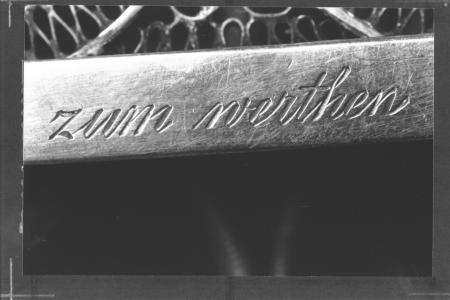 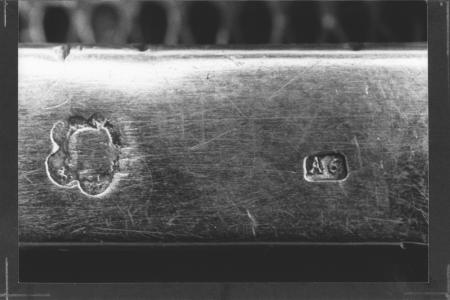 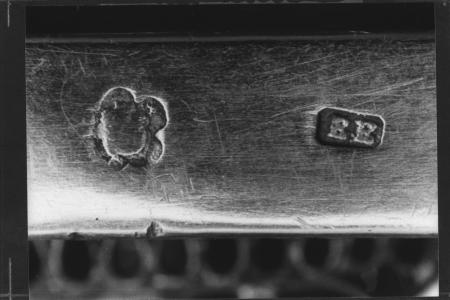 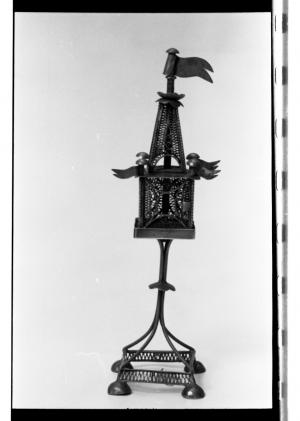 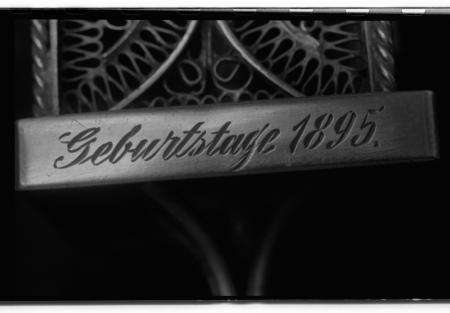 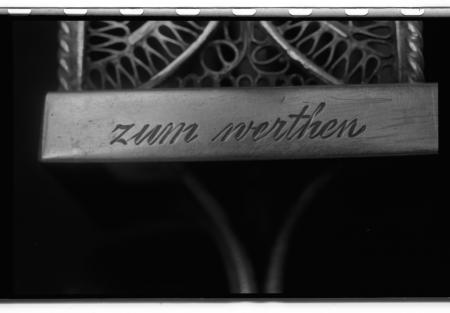