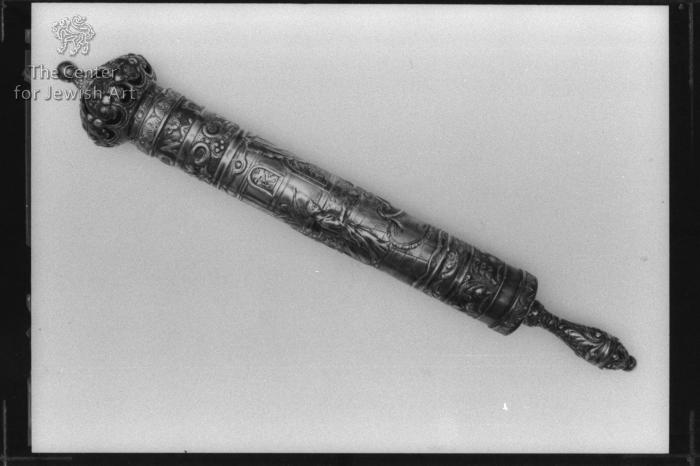 The silver Esther scroll case consists of a handle, a body, a bar, a head and an apex.

The tapering cylindrical handle ends in a knob and has a circular foliate decoration. The cylindrical body is decorated with circular bands in different meurments. The central band is wider and it depicts queen Esther before Ahasuerus. The scene in the central band is flanked below and above by bands which are decorated with foliate motifs. On one of the upper bands is an inscription in square filled letters and it reads: "מגילת אסתר" "Esther Scroll" A bar with a foliate decoration is attached to the enclosed Esther scroll.

The openwork crown-shaped head is decorated whith trefoil leaves and has a foliate lower rim. It is topped by a knob apex. In the central band appears king Ahasuerus, crowned and bearded, sitting on his raised throne with a sceptre in his right hand while his other hand is stretched towards the hand of queen Esther who stands next to him. The crowned queen that wears a long dress and scarf, is presented to the king by Mordecai the Jew who stands behind her. Mordecai who stretches his left hand towards Esther while holding his beard in his other hand, wears a turban and a long cloth.

The event takes place in Ahasuerus's palace within a tiled floor room where a curtain is hung on the ceiling and its drapery falls down behind the king's throne. A peasant in a field and the city's buildings are seen from the arched windows. Behind Mordecai are two pillars of the palace gate, other city buildings are seen through it. 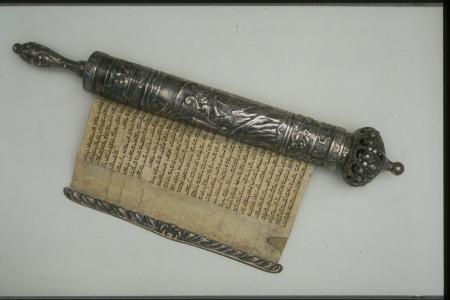 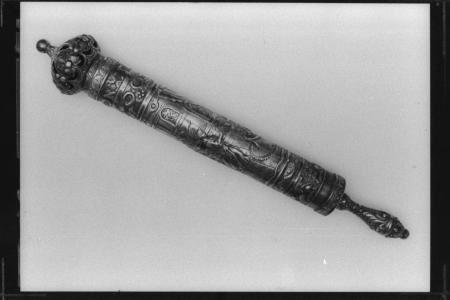 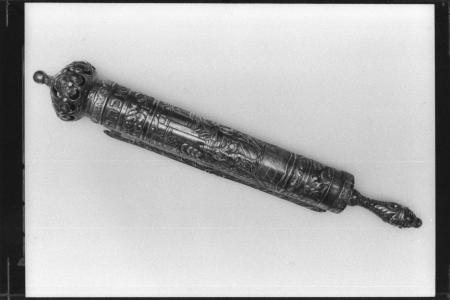 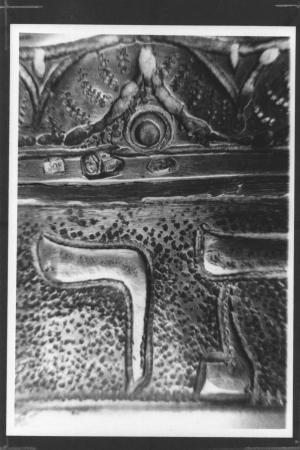 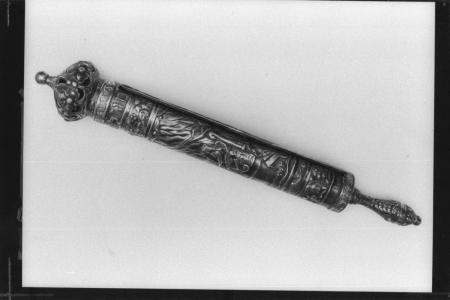