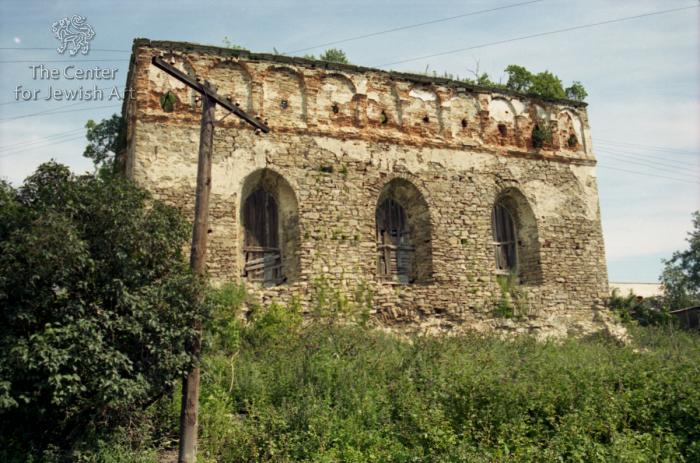 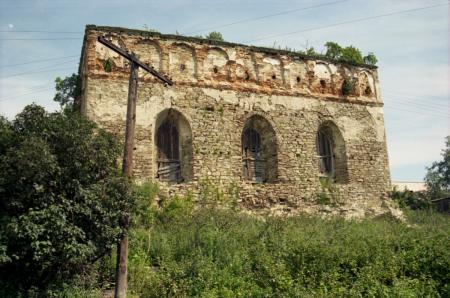 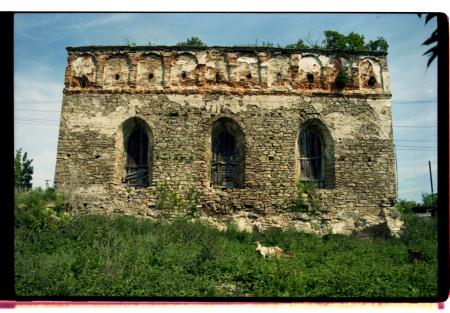 Suggested Reconsdivuction
History/Provenance
The date of construction of the synagogue is still unclear. Some sources indicate the date as 1514 or 1532, but this seems to be incorrect. Chemical analysis of the mortar made in 1992 showed that it is similar to the mortars of the mid-17th and early 18th century. However, the structural and stylistic features of the building, as well as a comparison with the nearby monastery, support the evidence that the synagogue was built at the beginning of the 17th century. Following the wars of the second half of the 17th century, the building was restored. The inscription on the cartouche in the Torah ark indicates the year 1716 and the inscription above the entrance door gives the date of 1717. It is likely that repairs were made at this date as well as in the 19th century. Legends and local beliefs, characteristic of East European Jewry are connected with the building of the synagogue. One legend, recorded during the expedition of Semion An-sky in 1913 and by the expedition of the Jewish University of St. Petersburg, recounts that there was a big hill where people started to dig, and they dug out the entire Great Synagogue. Another legend relates that in the hill next to the synagogue is the tomb of a Jewish bride and groom, killed by Cossacks during their marriage ceremony. There was also a belief that the souls of the dead prayed in the synagogue at midnight. The Great Synagogue was closed after 1932, and in the 1960s the building was converted into a granary. In 2013-2015 it was restored by Arthur Friedman, a local businessman and converted into a synagogue again.
Main Surveys & Excavations
Sources
Lukin, Veniamin and Khaimovich, Boris, Sto evreiskikh mestechek Ukrainy, vol. 1: Podolia (Jerusalem-St. Petersburg, 1997, second revised edition 1998), especially pp. 212-214; Lifshits, Yulii "Naturnye issledovaniia zdaniia sinagogi 17-19 vv. v g. Satanove Khmel'nitskoi oblasti" in V. Dymshitz (ed.), Istoriia evreev na Ukraine i v Belorussii. Ekspeditsii. Pamiatniki. Nakhodki (St. Petersburg, 1994), pp. 120-127.
Type
Documenter
I. Andrushko, O. Sorokolit | 1992
Author of description
Vladimir Levin | 2001, 2016
Architectural Drawings
I. Andrushko, O. Sorokolit | 1992
Computer Reconstruction
Sergey Kravtsov | 2001
Section Head
Aliza Cohen-Mushlin | 2001
Language Editor
Sally Oren | 2001
Donor
|
Object Copyright
Negative/Photo. No.
The following information on this monument will be completed:
Unknown |