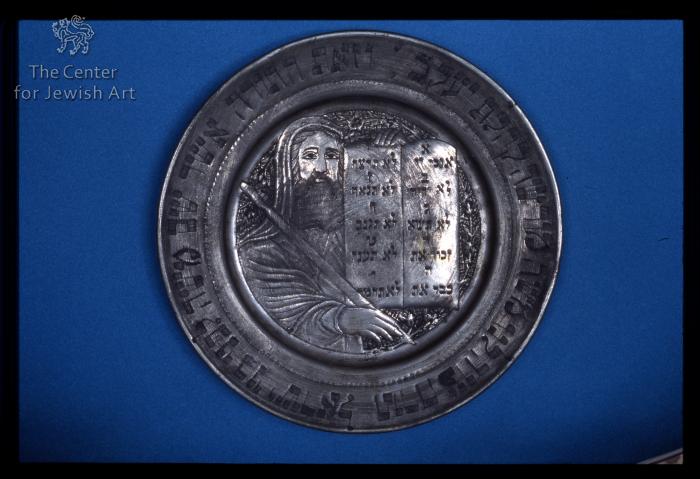 The round plate bears a depiction of Moses in its center.

Moses is bearded and wears a cloak, a hood covers his head. Moses is holding the Tables of the Covenant in his left hand and a rod in his right hand.

Branches, bearing flowers and leaves, appear at the background.

An inscription, encircles the plate's wide rim. It is written in square filled letters and reads: "And this is the law  which Moses set before the children of Israel (Deut. 4:44)  Moses commanded us a law, even the inheritance of the congregation of Jacob (Deut. 33:4)."

A thin stripe composed of triangles appears beneath the inscription. 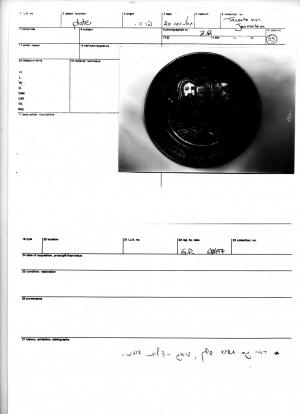 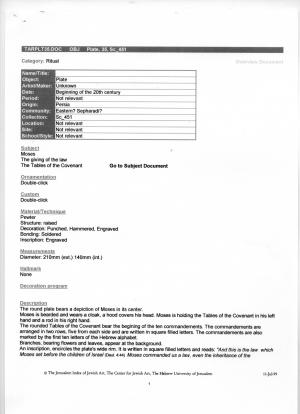 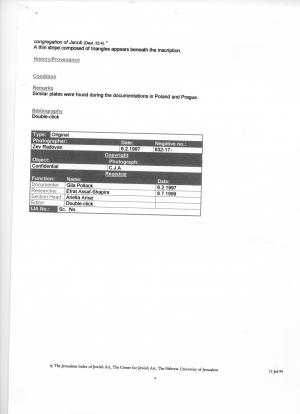 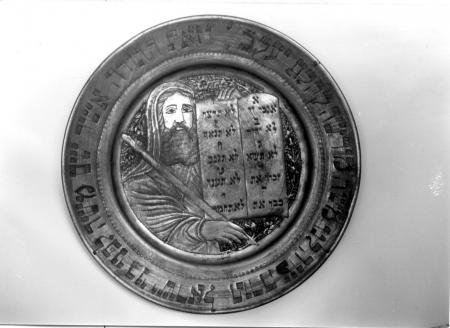 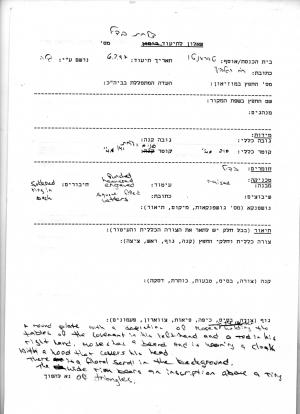 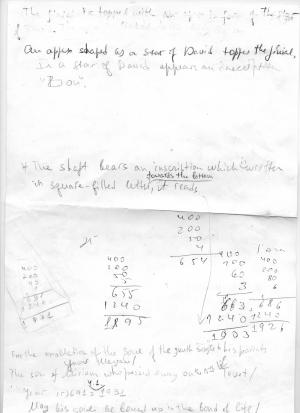 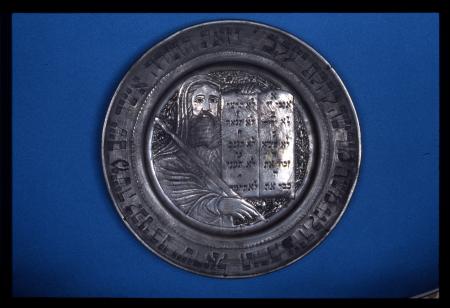 Similar plates were found during the documentations in Poland and Prague.