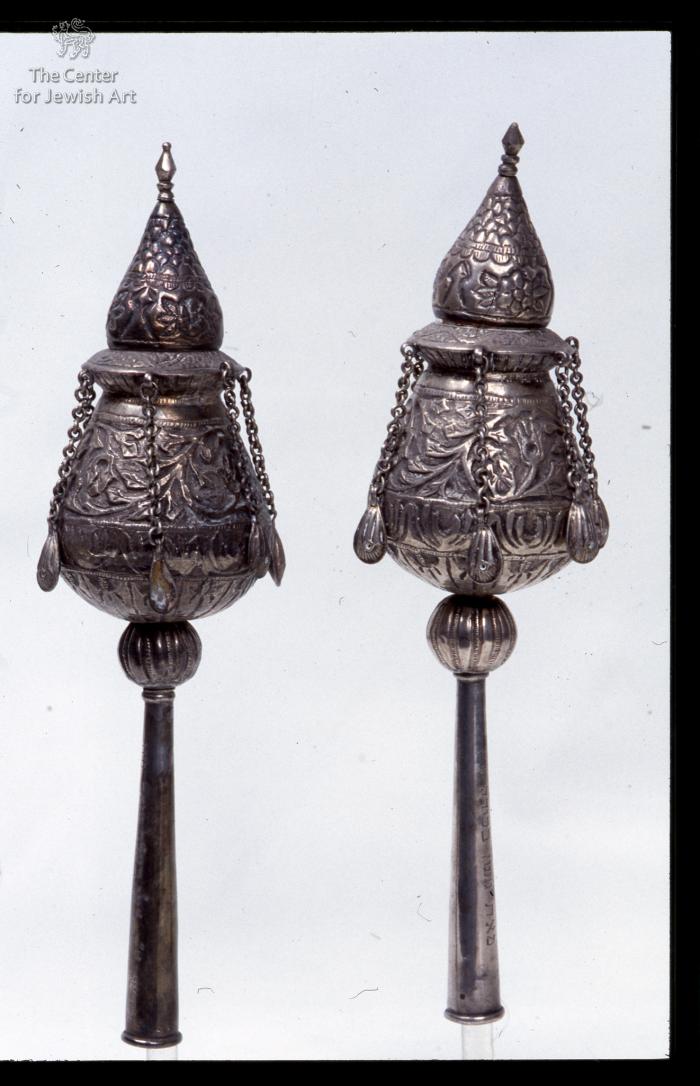 The pear shaped Torah finials consist of a shaft, a body and an apex.

The cylindrical shaft tapers towards the body and bears a dedicatory inscription, similar in both finials. The inscription is written in square filled letters from the bottom towards the body and reads: "Dedicated to the Lord for the exaltation of the soul of her husband Yaacov Gozez / who passed away at the 14 of Tishrei (5)702=5.10.1941 / from Junjun Bechora Gozez."

A ring appears around the shaft's bottom while another ring appears at its top. A globular capital, decorated with vertical grooves, surmounts the shaft.

The pear shaped body is composed of two parts divided by a protruding ring.

The round lower part bears a floral decoration in several bands, seperated by thin grooved stripes. The lowest band bears a decoration of Iris flowers. It is surmounted by a band bearing semi circular petal-like shapes. A wide band bearing winding scrolls is mounted over the petals. The scrolls form medallions, each bearing a flower in its center. The lower part terminates in a blank band.

The protruding ring is decorated with vertical stripes at its lower part and with a winding branch at its upper part. Eight rings, carrying chains with drop shaped bells at their ends, are attached to the protruding ring.

The upper, conal shaped, part is encircled at its bottom by a band decorated with a flower and a triangular shape, alternately. It is surmounted by a band of scales.

A faceted bud shaped apex is mounted over the Torah finials. 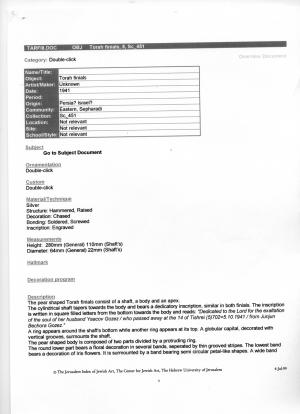 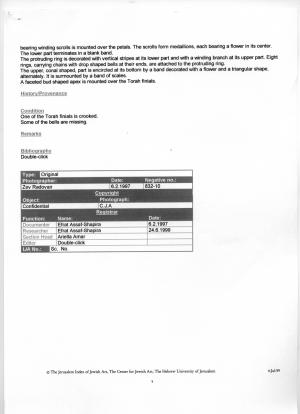 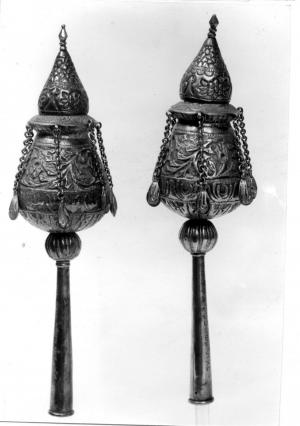 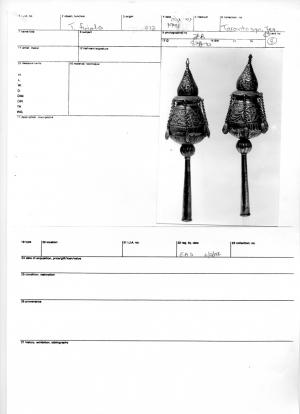 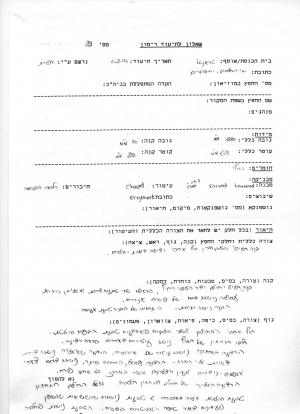 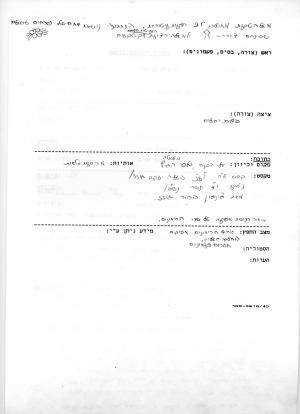 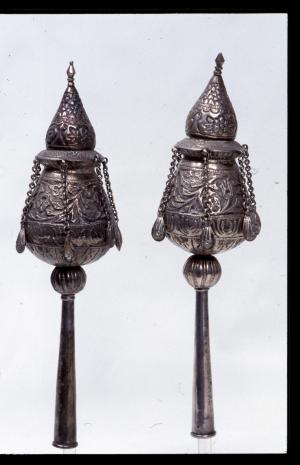 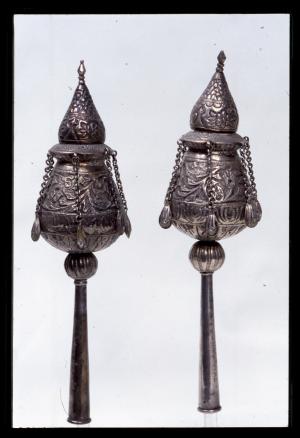