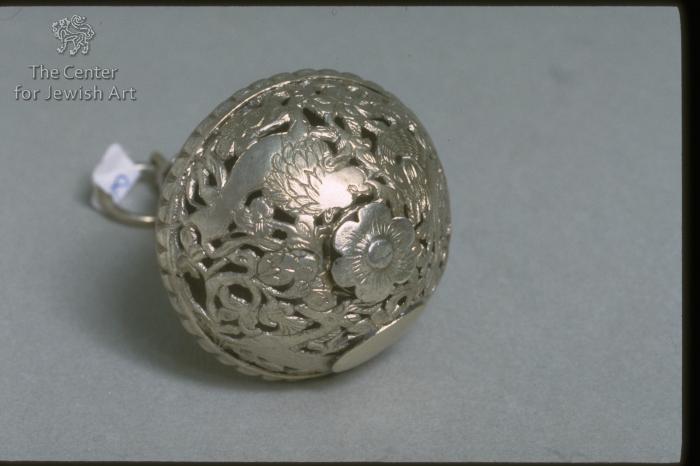 The globular spice container is composed of three parts, a body, a handle and a hanger.

The body is composed of two halves with a strip bearing geometrical designs connecting both parts. The body depicts a lion, a deer and an eagle with openworked foliate motifs between them. There is an empty medallion inbetween the deer and the eagle.

The tip bears a floral circlet.

The stem shaped handle bears a geometrical design and also has a floral circlet at its tip. The loop shaped hanger has a ring in it. 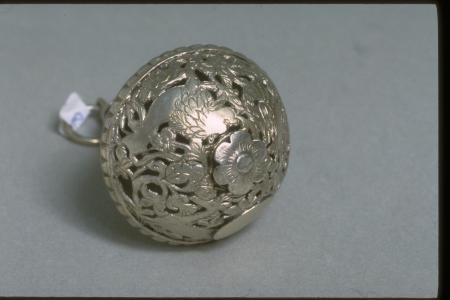 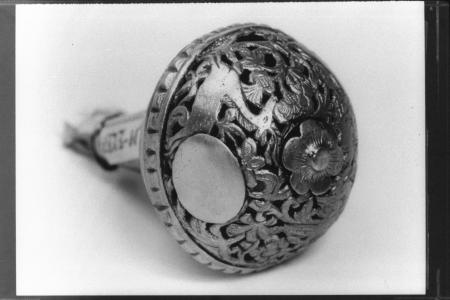 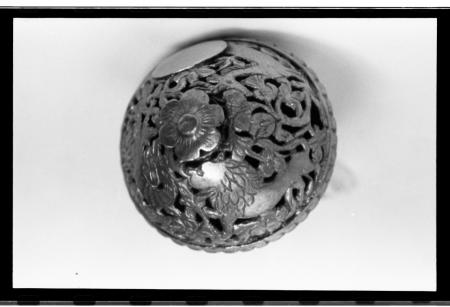 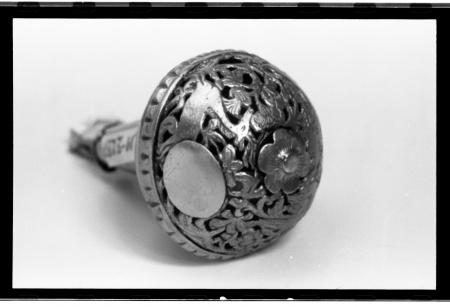 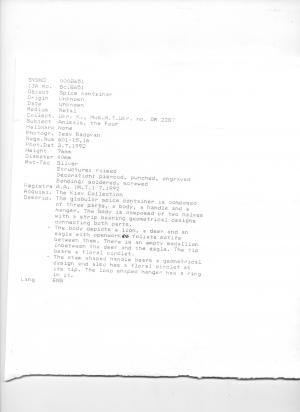 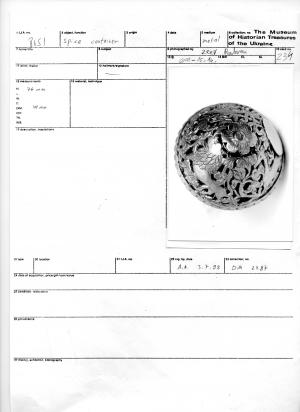