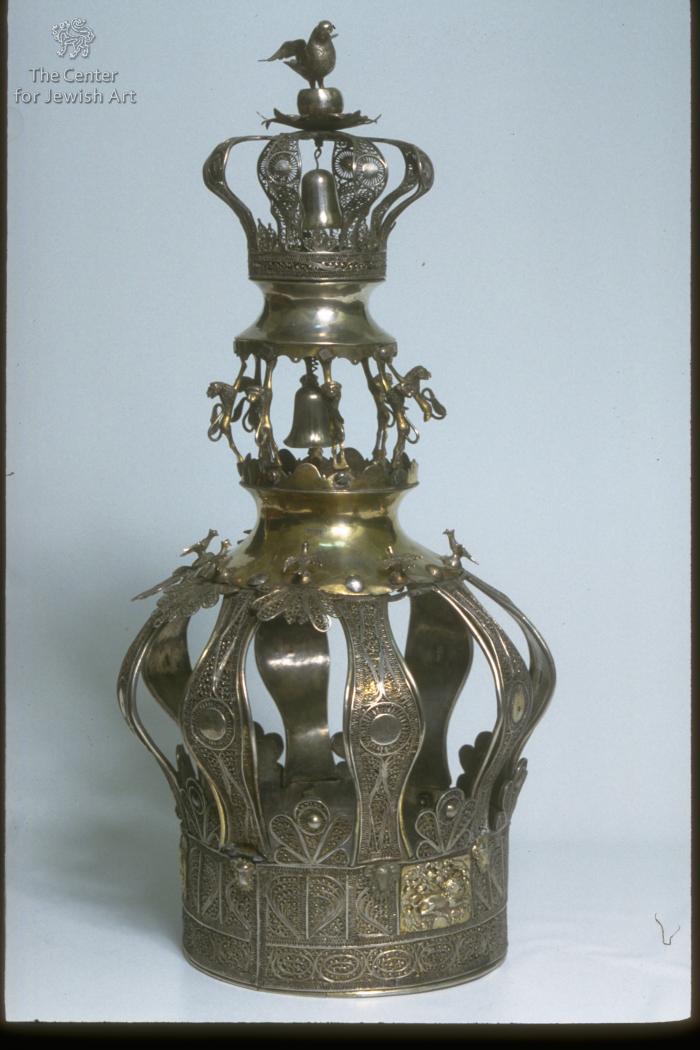 © Center for Jewish Art, Photographer: Radovan, Zev, 7.1992
The three leveled silver Torah crown consists of a main part, a crest and an apex. Each level is composed of a base and arms. The lower level as the main part, has a coronet like base, composed of a circumferal band topped by a row of dots which is surmounted by flowers and leaves The band bears six cartouches which are read in a clockwise order. Three of the cartouches depict animals and they alternate with three bearing an inscription. The animals depicted are: a deer, a double headed eagle and a lion. The inscription is written in square filled letters and it reads: "כתר תורה##כתר כהונה## כתר מלכות" "The crown of the Law, the crown of Priesthood, the crown of Kingship" (Mishnah Avot 4:13). Foliate scrolls fill the space between the cartouches.## Six arms that widen in the center are attached to the base between the surmounting flowers. Each arm has a ram's head at the bottom and is decorated with a foliate scroll. The arms are joined together by a smooth concave unit. A spread winged bird perched on a cut globe is located at the top of each arm. Between each arm a flower surrounded by leaves and a bell is hanged from the concave unit. Six arms in the shape of rampant regardant lions emerge from a concave unit with wavy edges and support the crest. The crown shape crest surmounts a concave base. The upper crown repeats the shape of the main part. Bells hang from between the arms of the second and third levels. The apex is a spread winged bird perched on a floral circlet holding a bell in its beak.
Summary and Remarks 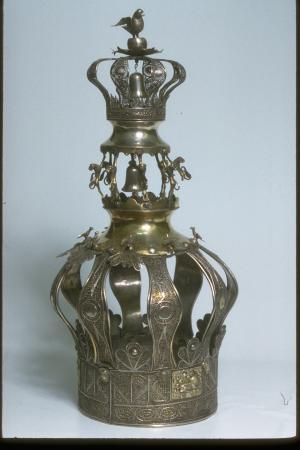 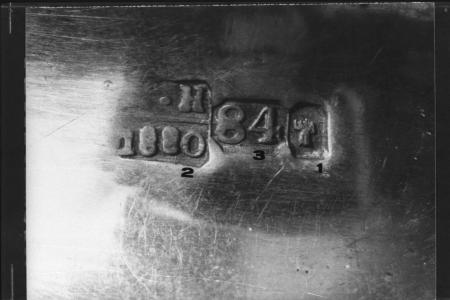 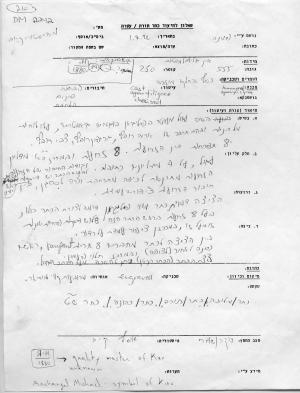 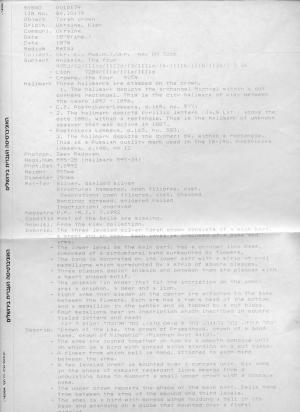 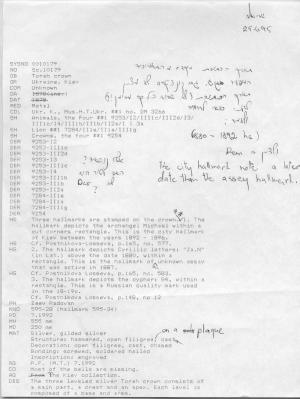 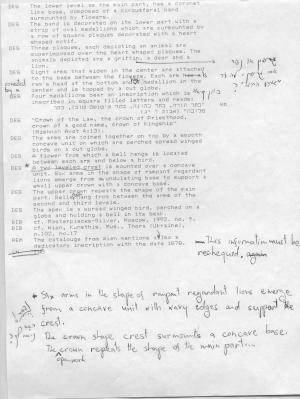 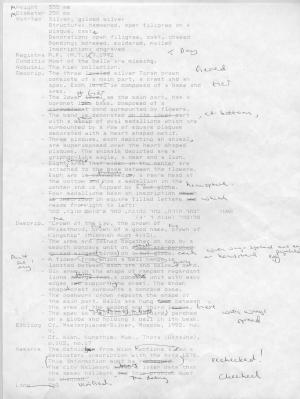 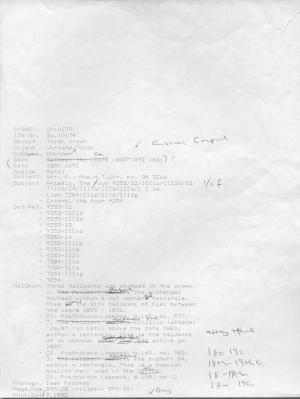 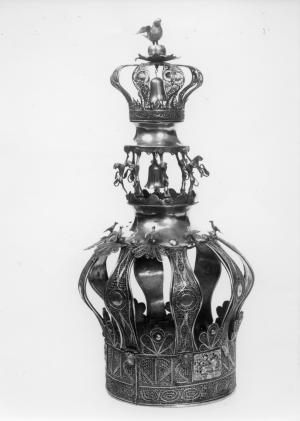 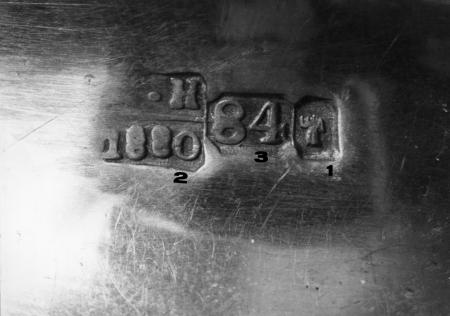