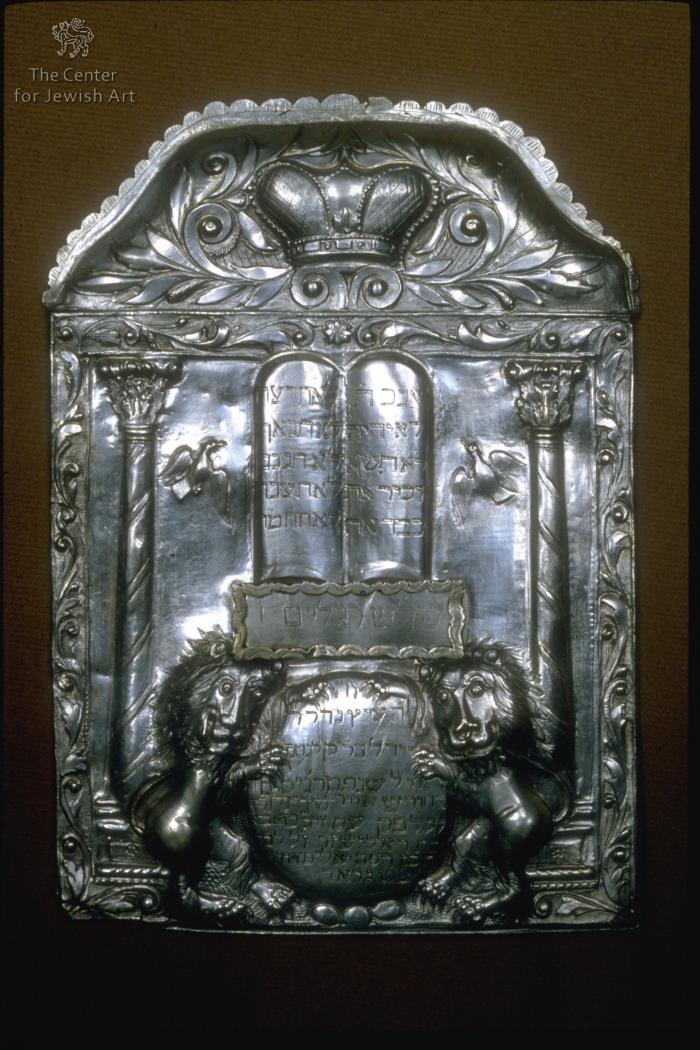 The Torah shield is a rectangular surmounted by a trapezoidic arch. It consists of a plate and movable indicatory plaques. The shield is decorates with an architectural facade.

Rounded Tables of the Covenant are depicted in the center, bearing the beginning words of the Ten Commandments, five on each side, and flanked by two flying birds.

A box for four movable indicatory plaques is placed below the Tables, framed by a wavy band. The four plaques bear inscriptions in square filled letters, which read:

A medallion is depicted under the box, supported by two salient guardant lions with elevated tails. The medallion bears a dedicatory inscription in square filled letters, which read:

Two twisted columns are depicted on the sides, supporting the arch. The columns are mounted over rectangular bases and topped by capitals with floral decoration.

A crown is depicted within a concave arch, surmounting the Tables and surrounded by a foliate decoration.

The trapezoidic arch is framed on top by a smooth band with scalloped edges.

The rectangle is framed with a band decorated with foliate scrolls.

Two rings, for inserting a chain, are attached to the back of the shield. 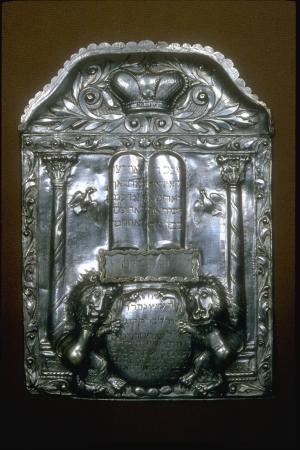 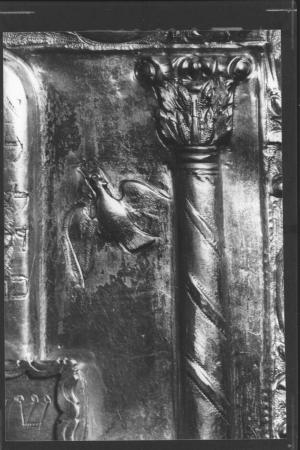 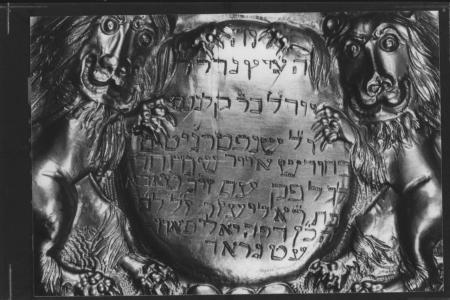 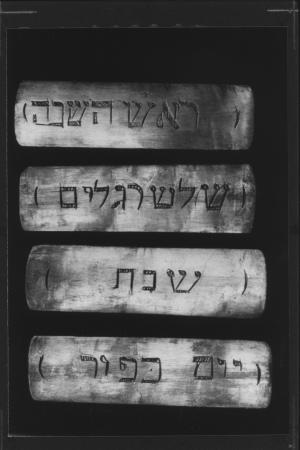 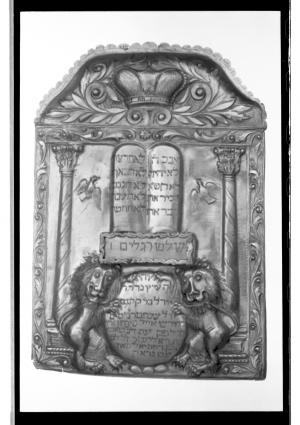 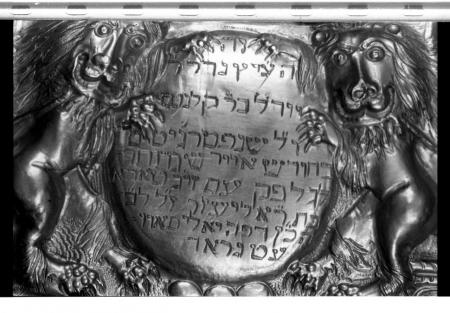 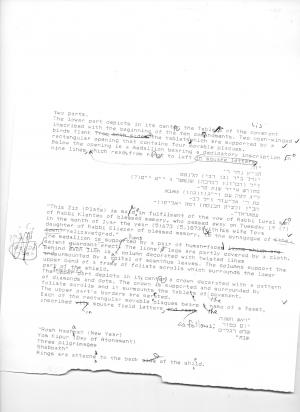