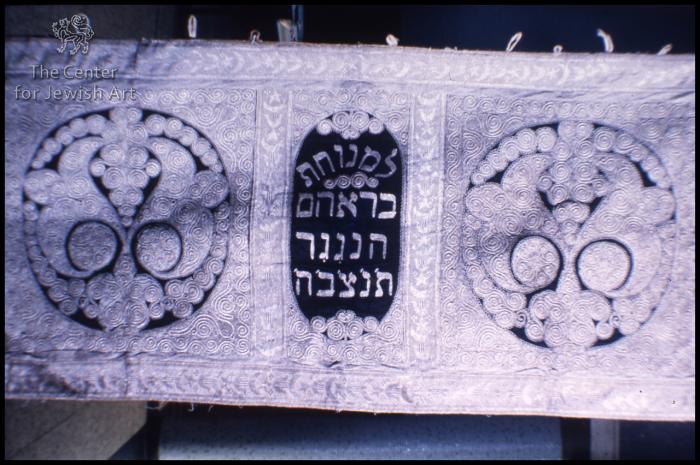 © Center for Jewish Art, Photographer: Radovan, Zev, 1986
The rectangular wrapper is framed by silver band with a repeated pattern consisting of a crescent,a five-point star,and a hamsa. The composition is symmetrical a narrow rectangl section in the center and two sqare section at ether side The central section consists of an arch within a dedicatory inscription.It embroiderd by plaited cord in square letters and read: למנוחת/ בראהם/הנגגר/תנצבה/ For the repose of/Braham/the carpenter /May his soul be bound in the bond of life. !למנוחת/בראהם/הנגגר/ תנצבה/ for the repose of/ Braham/ the carpenter/ May his soul be bound up in the bond of life. Each of the two wider side sections are decoreted by densely embroidered motifs.In the center is a circle ,within which is a vase out of which stem two flowers surrounded by stylized branches. Twelve loops are sewn to the wrapper's upper border. 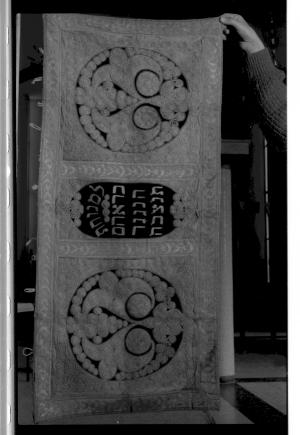 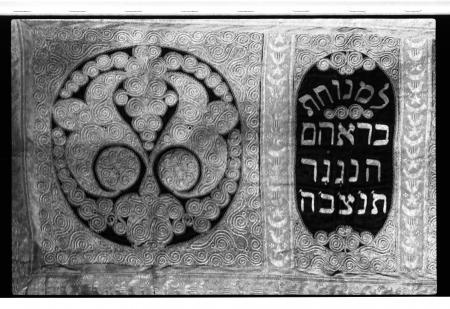 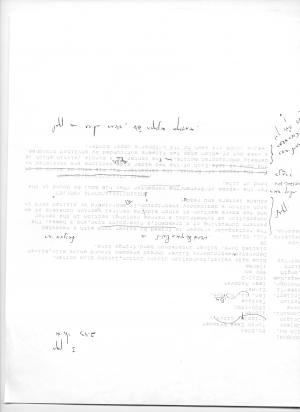 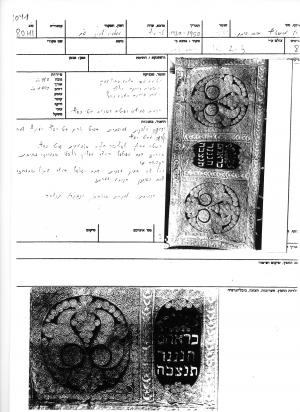 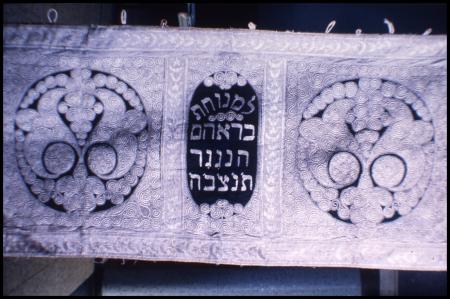 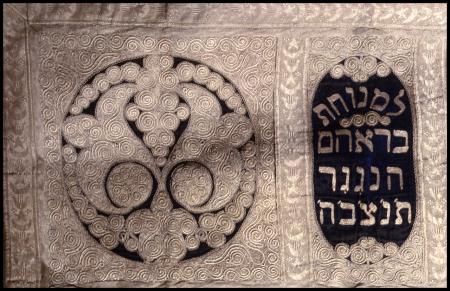