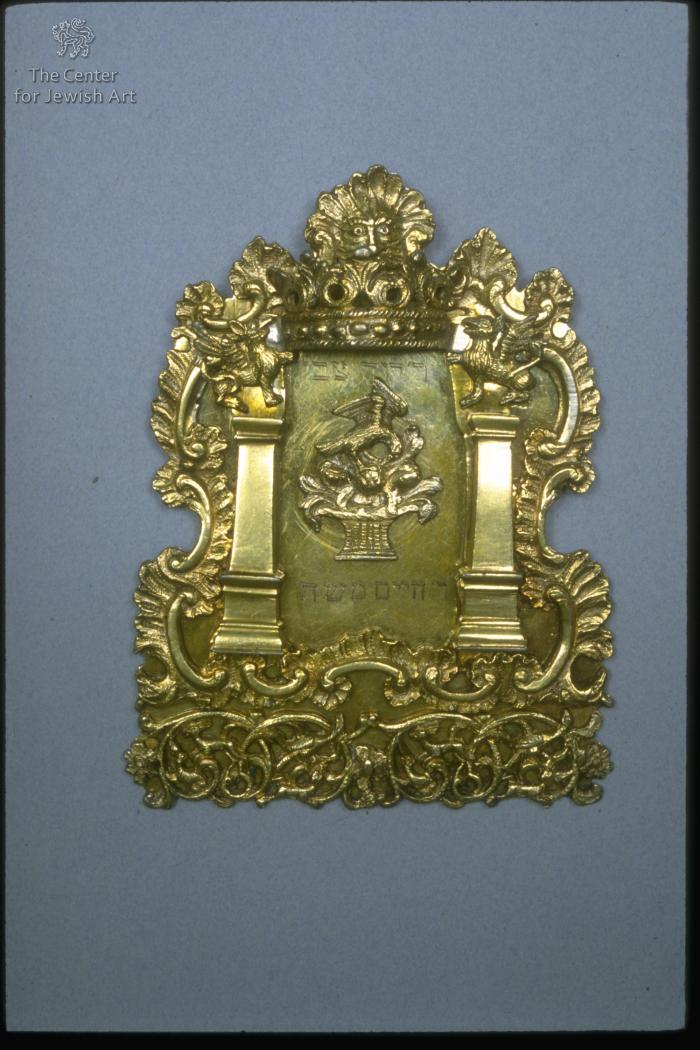 The silver cartouche-shaped Torah shield consists of a plate. It is decorated symmetricaly with central axis. In its center it depicts a bird stands on a basket of fruit and leavs, picking the fruit. Above and below the birds are inscribed two names in square filled letters: "Rabbi David Zvi, Rabbi Haim Moses". The picking bird is flanked by columns on which sit griphons facing each other and support with one leg a crown that surmounts the bird. The crown is surmounted by a mask depicted on a palmette leaf that topped the shield. A frame of rokeis pattern decsend down from the mask and surrounds the columns. The lower part of the shield is composed of foliate scrolls intertwined with hare and birds.

On the back side of the Torah shield is a dedicatory inscription inscribed in square fieled letters: "Miriam Rikel the wife of Rabbi Haim Moses Ashkenazi, passed away on 26th of Heshvan, (5)670 (7.11.1910)"

Two loops are attached to the back side of the shield. 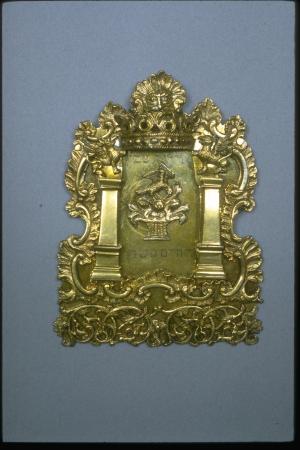 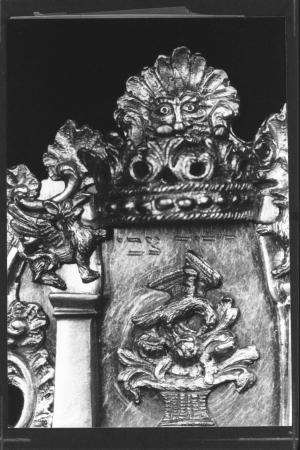 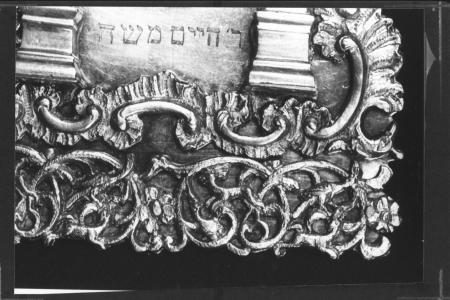 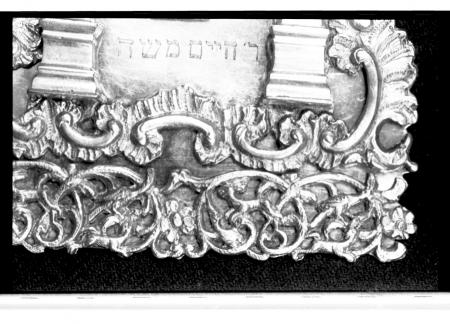 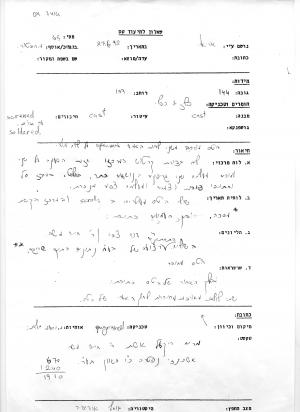