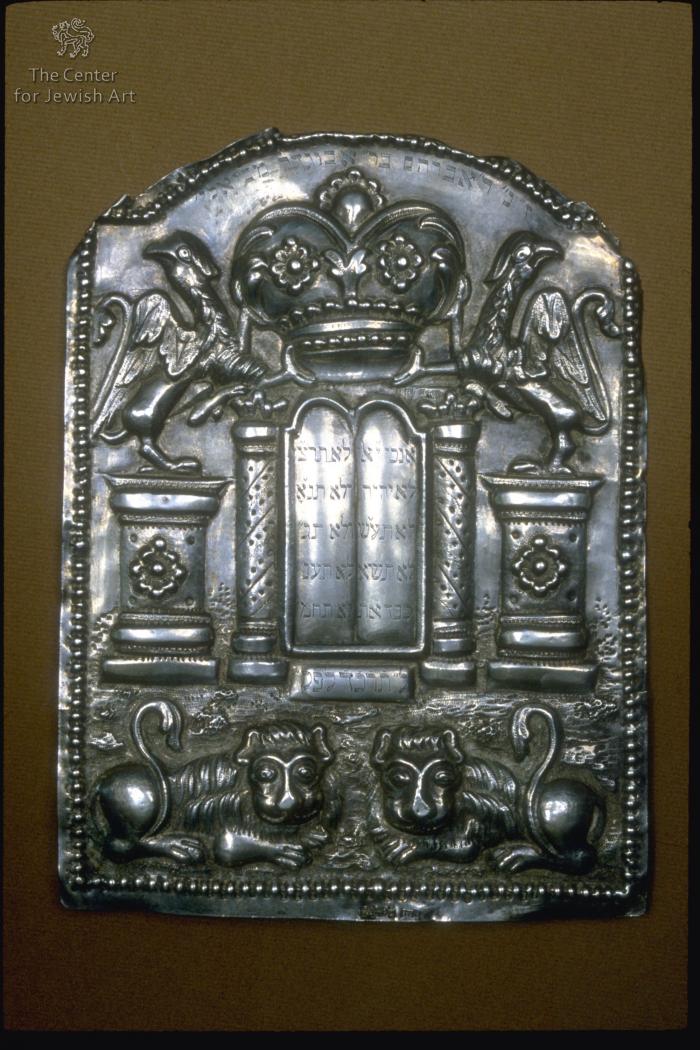 The silver Torah shield is rectangular and terminates with a semi circular arch.The Tables of the Covenant are depicted in the centre, inscribed with the two opening words of the Ten commandments, five in each side. They are flanked by two cylindrical columns decorated with spiralling strips and rampant griffons,facing backwards, standing on rectangular columns and holding a crown decorated with flowers. The upper part consists of an inscription which continues on a plaque below the tablets. Inscribed in square filed letters it reads:

The Torah shield is framed by a line composed of small balls. 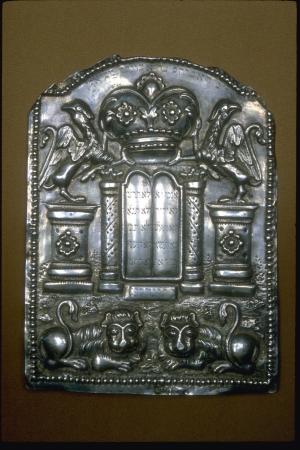 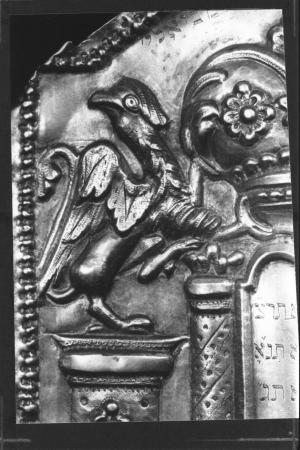 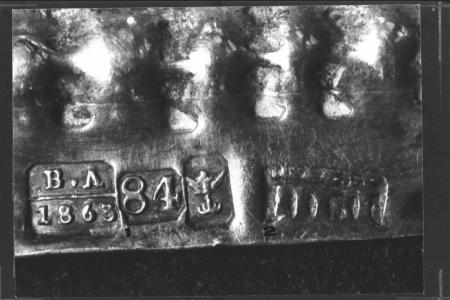 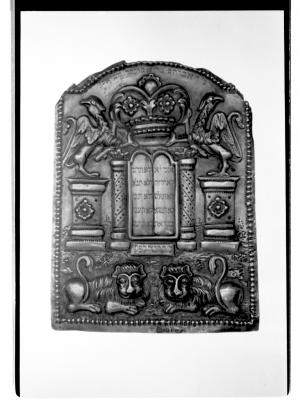 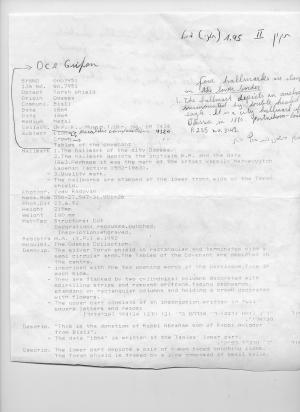 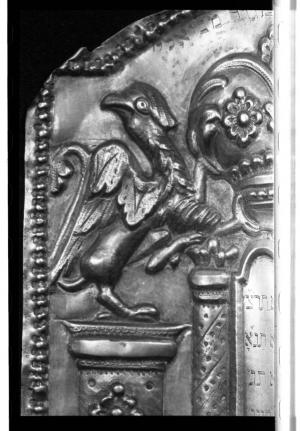 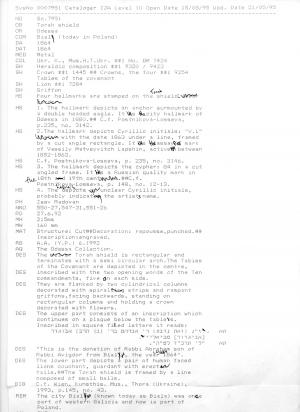