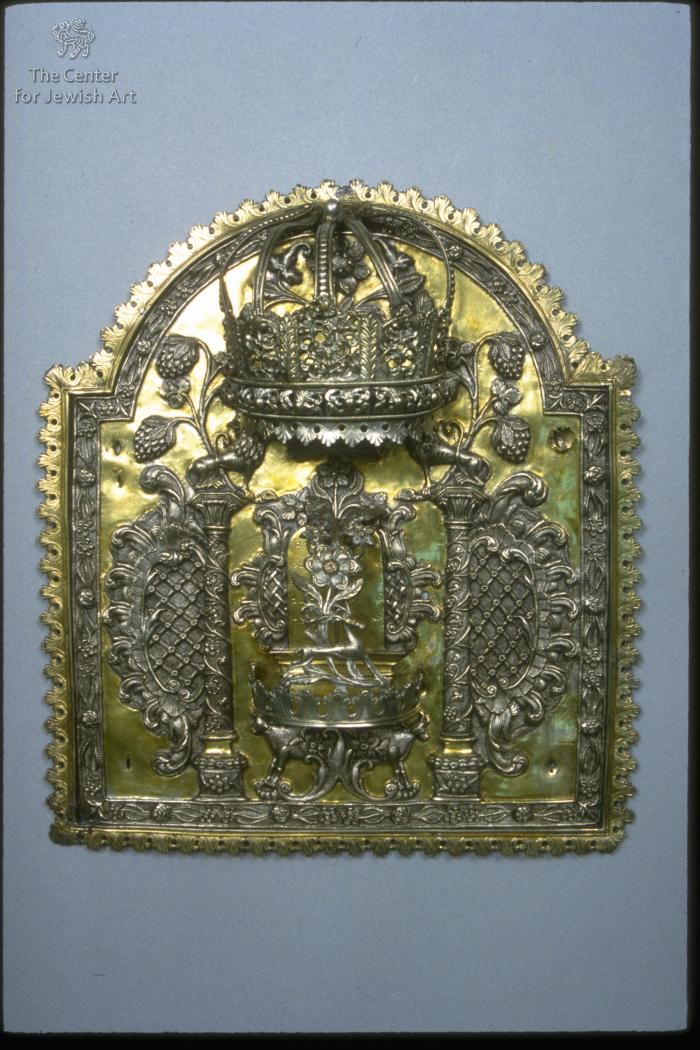 The inscription is hidden by a protruding coronet of akanthus leaves. From the centre of the coronet emerges an arm with a deer and a stem of flowers that hides the Tablets of the Covenant. The central elements are flanked by two columns decorated with floral scrolls that twist around them. Each column is flanked by the pattern of a rhomboied net and leavs and on top of each column is a lion, satant and regardant. A wine scroll with clusters of grapes emerge from each column. On the central upper part, between the lion's heads, is a bascket of fruits mounted by two picking birds. A stem of leavs and flowers emerges from the bascket. All thiese motives are hidden by a protruding central crown decorated with leaves in differnent pattern. The shield is framed by a band of flowers and leaves and has an external separated frame of akanthus leaves. 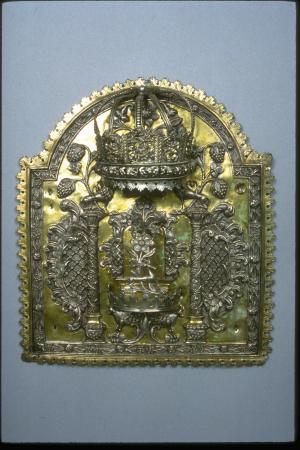 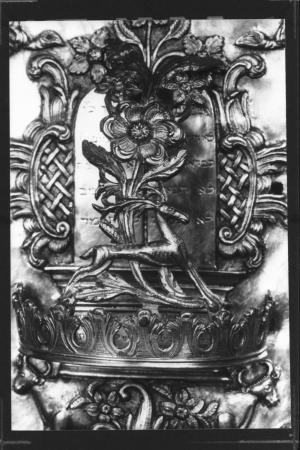 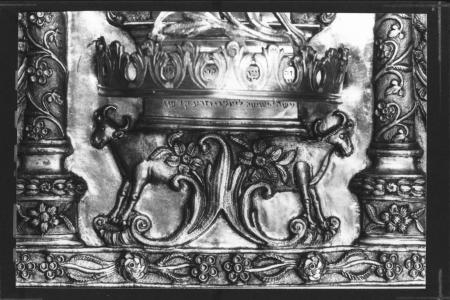 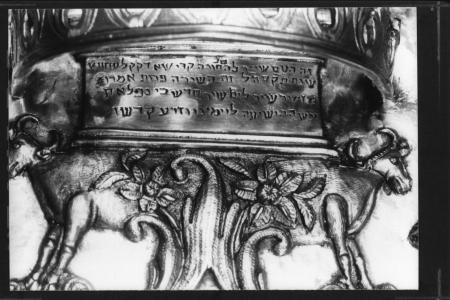 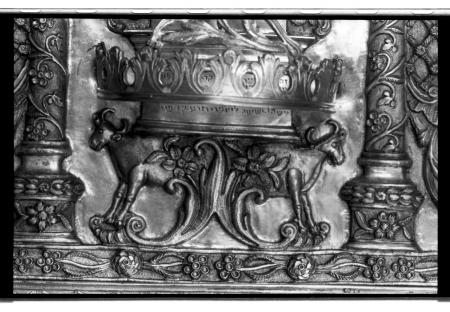 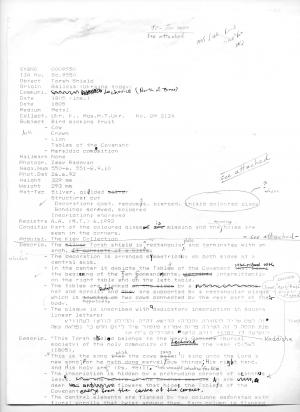 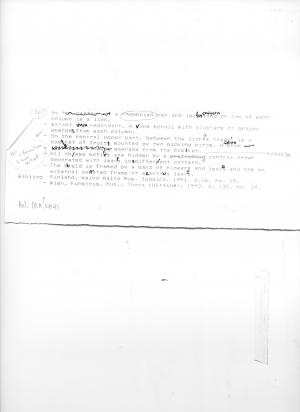 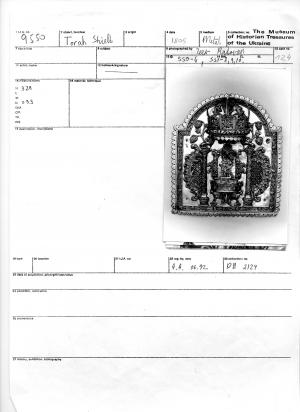 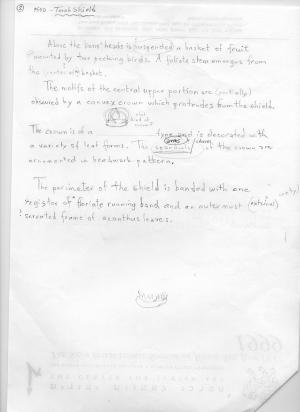 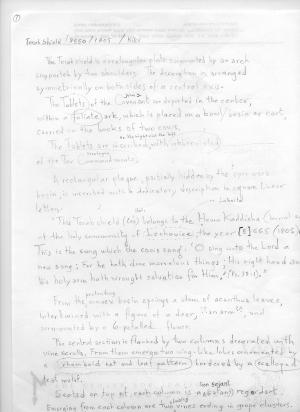 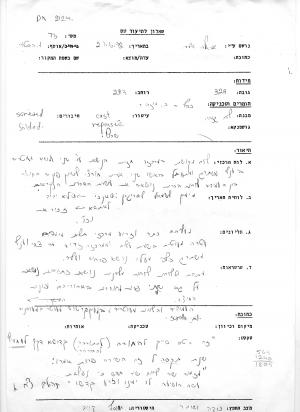 Zohar, Bereshit, Haiei Sarah, explains that the cows bringing the Ark of the Covenant to Beth Shemesh were singing verse 1 from Psalms 98 (Vladimir Levin)