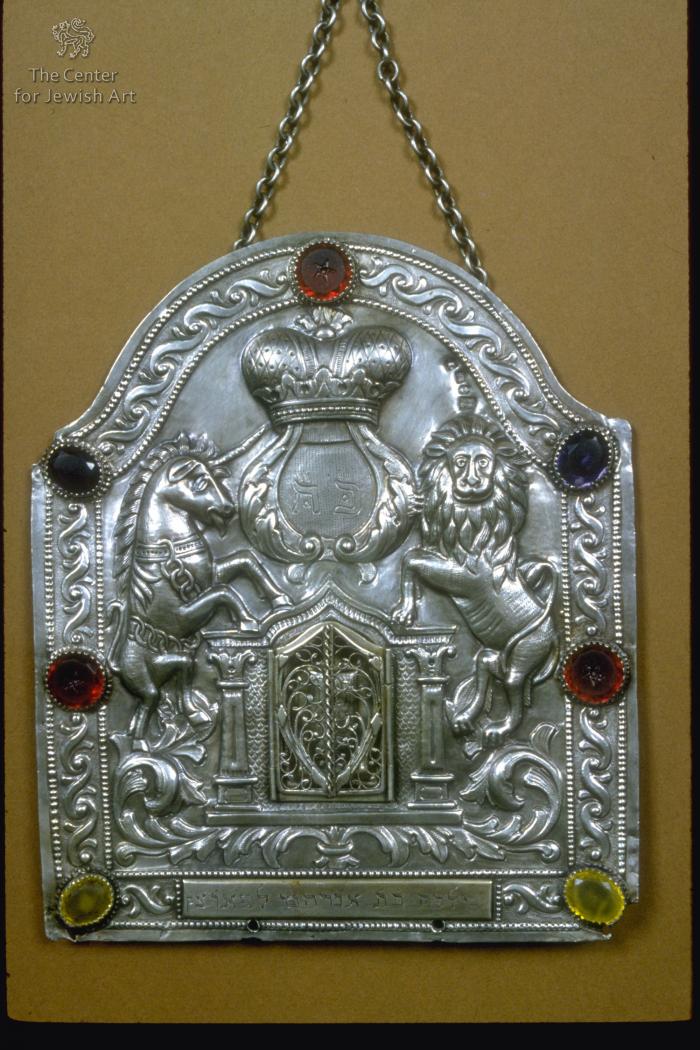 The silver Torah shield is rectangular and terminates with a semi circular arch. A facade is depicted in the centre, supported by two columns. A Torah Ark with two opening doors bearing a Torah scroll is set within the facade. The facade is flanked by a human faced lion and an unicorn tied with a chain.The central part of the arch bears a cartouche composed of two foliate scrolls bearing within the words : "כ"ת" "Torah crown" and is surmounted by a crown. The Torah shield is framed by a band of foliate scrolls and gems. The lower margin consists of an inscription, and reads:

Four holes are situated at the shield's margins. 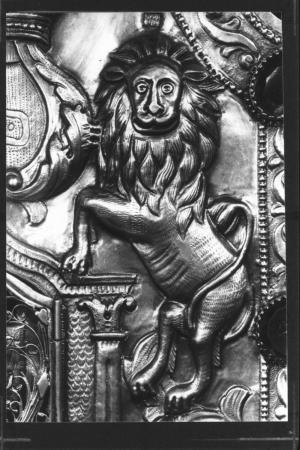 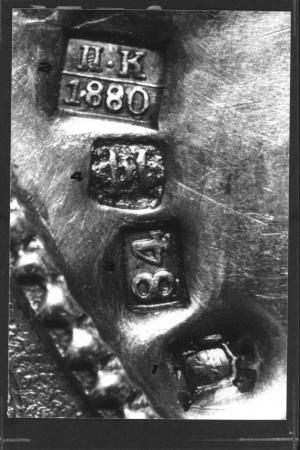 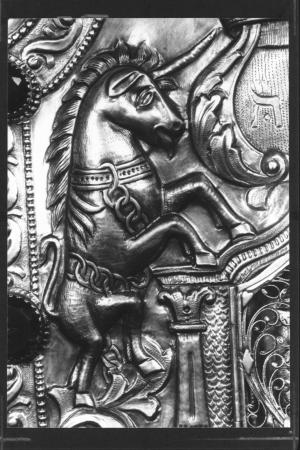 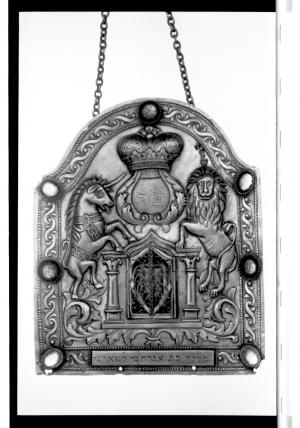 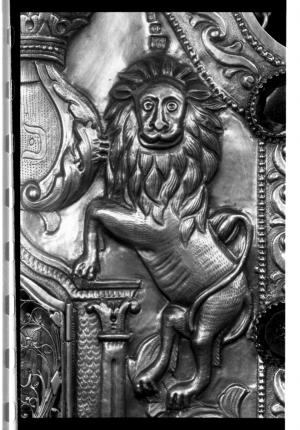 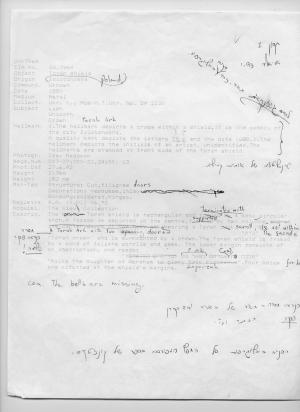