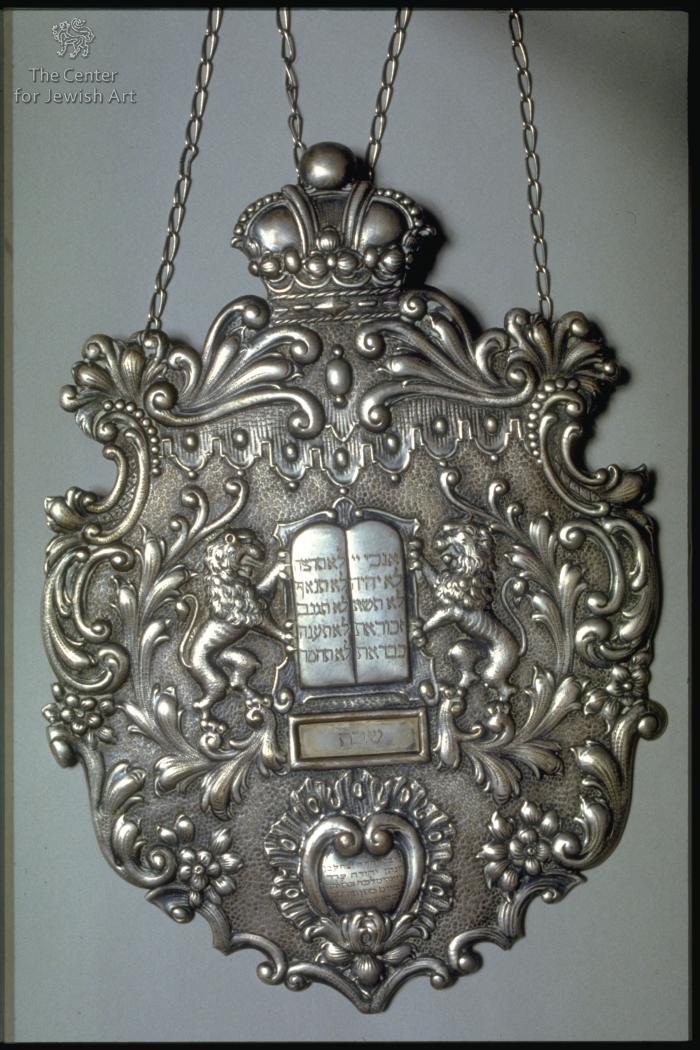 The tas is made of silver and consists of a plate, a crest and a chain. The plate is in the shape of a cartouche. It is decorated with two rampant lions looking forwards. They support the five and five Tables of the Covenant which bears the first words of the Decalogue. The lions stand on a foliate pattern. The calendar tablet is rectangular and is set in in a frame in the lower part of plate. It is closed by a door at the back of the plate. The tablet bears an inscription in filled letters, and reads: שבת "Sabbath" On the bottom is a medallion in heart shape which is framed by srolls and foliate patter. It bears a dedicatory inscription. On the top of the plate is a kaporet. The background is punched. The plate is framed by foliate pattern. A crest in the shape of a crown is attached to the plate. The plate is hung by a chain which is inserted through two rings attached to the back of the plate. The dedicatory inscription is engraved in linear letters, and reads: 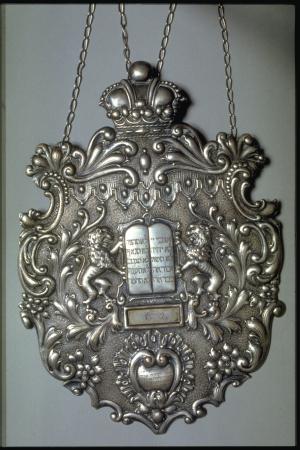 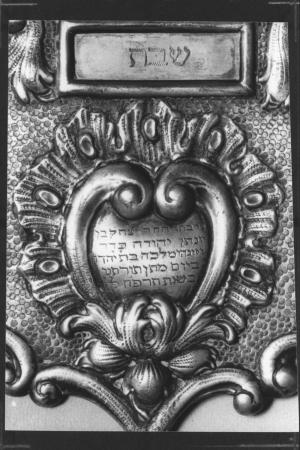 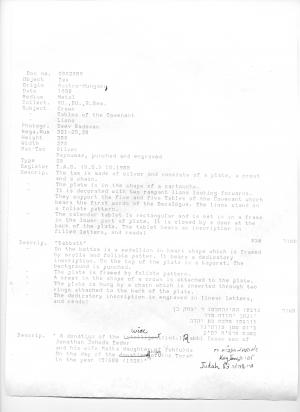 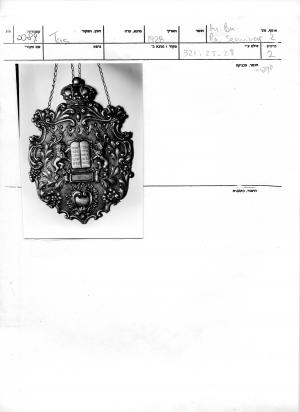