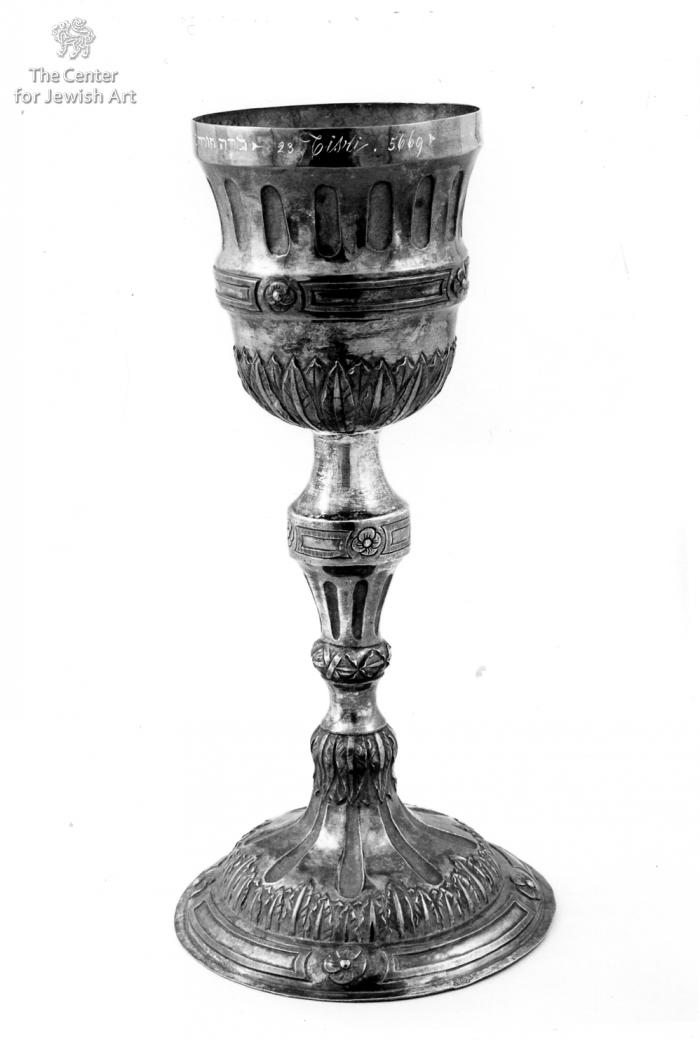 The silver goblet consists of a base, a shaft, a body and a lid.

The dedicatory inscription is engraved in linear letters, alternatively in Hebrew and Italian and reads: 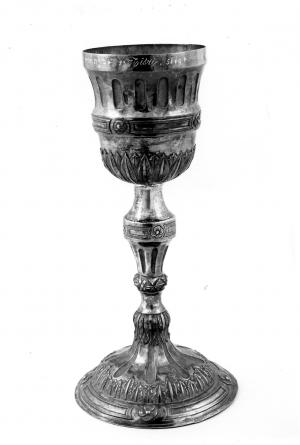 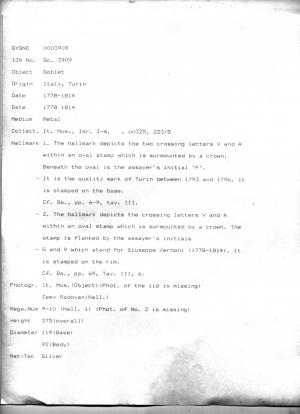 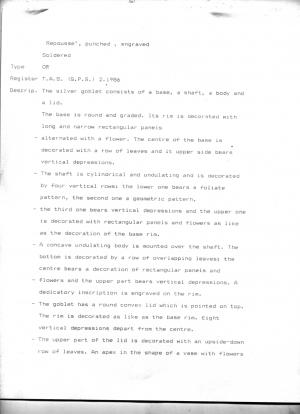 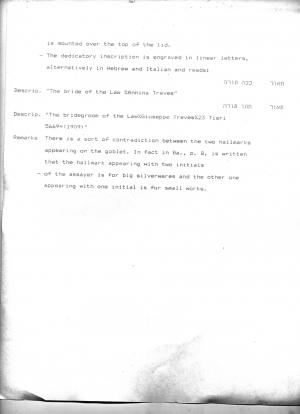 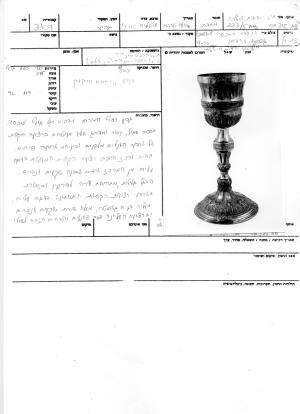 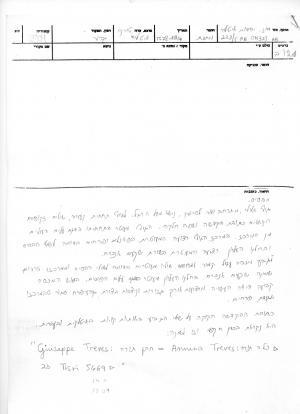 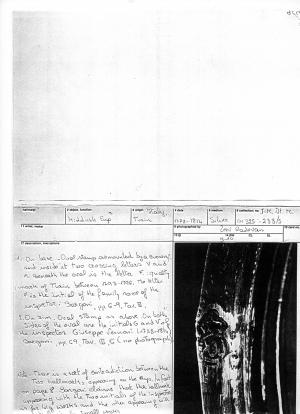 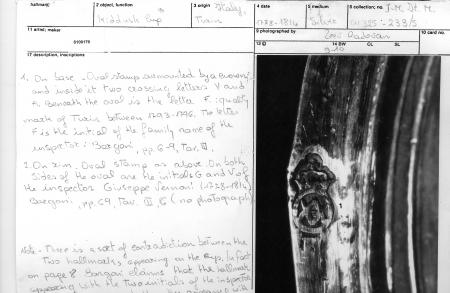