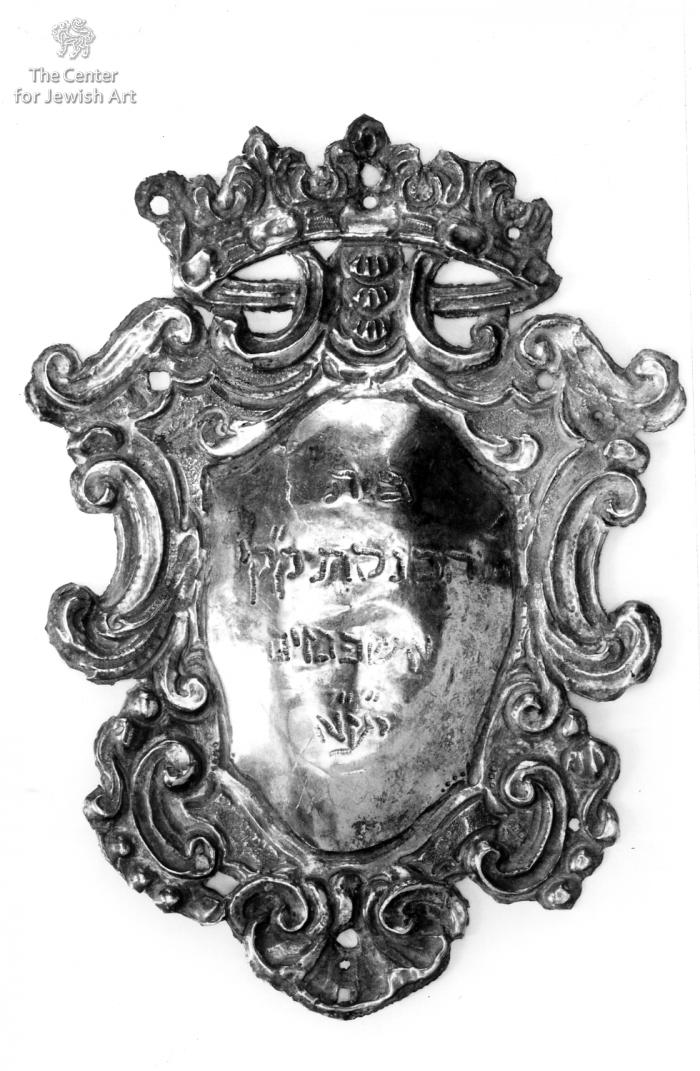 © Center for Jewish Art, Photographer: Radovan, Zev, 1986
The silver convex plaque is composed by a central cartouche and a frame. The frame has a weavy and folded rim and consist in a symmetrical rocaille's decoration surmounted by a crown. The shield-shaped cartouche bears a chased inscription in square letters filled by small lines and reads: בית ##הכנסת ק!ק ##אשכנזים ## י!ע!א !The Synagogue holy community Ashkenazi, May the Sublime establish it, amen (initials).! Several holes are set to attached the plaque to another object. 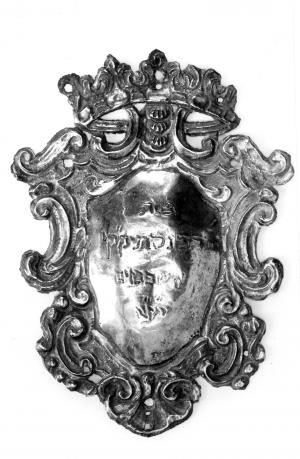 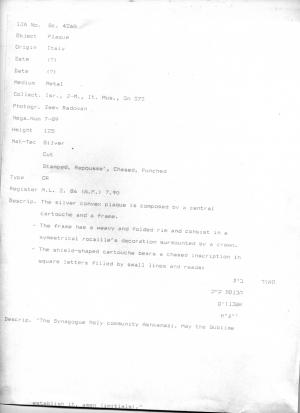 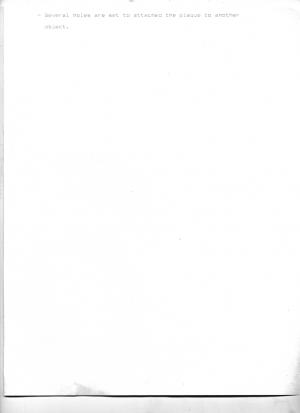 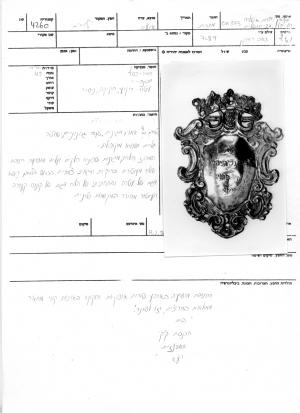