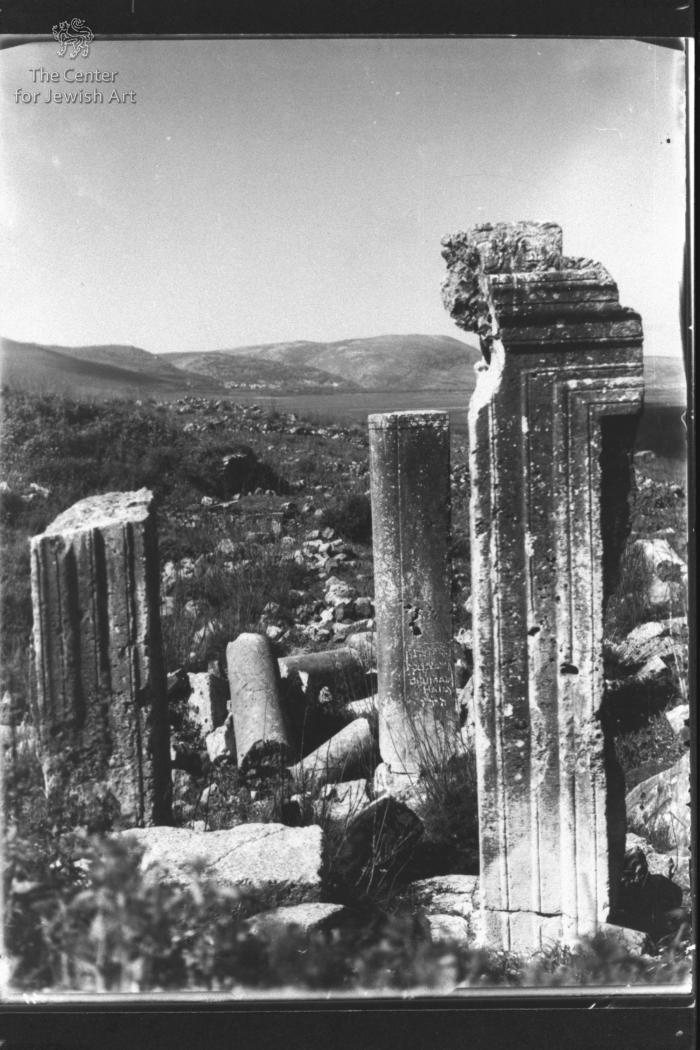 The synagogue consists of a rectangular north south hall and a large courtyard at the east. The main entrance which made from a singel stone, located in the eastern facade. The main hall of the synagogue is divided by three rows of 14 columns stand on pedestals, to a nave and three aisles on north east and west. two heart shaped columns are located where column rows meet. The synagogue has two stories, The capitals of the first story are of the Corinthian order, while those of the second are of the Ionic order. Ionic half columns attached to the inside walls of the second story. There was apparently a doric frieze carved with trigliphs and metopes on the upper part of the second story. The arrangement of the benches in the hall is unique. Along the east and west walls there is a wide platform (1.4m) in front of the benches. another four benches were constructed toward tne center of the hall and occupy most of the area of the aisles. This benches served olso as steps down to the floor of the hall. Two benches were found along the northern wall. In the second phase the entrance moove to the northern wall and a round niche for the torah ark was constructed in the southern wall, with a bema in front of it. 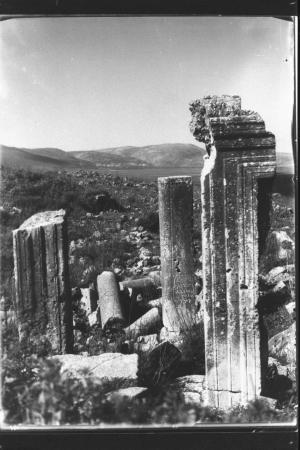 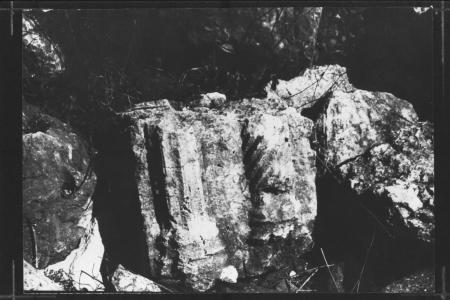 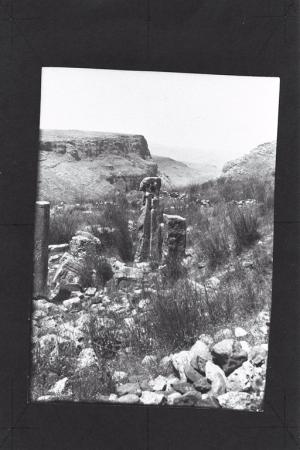