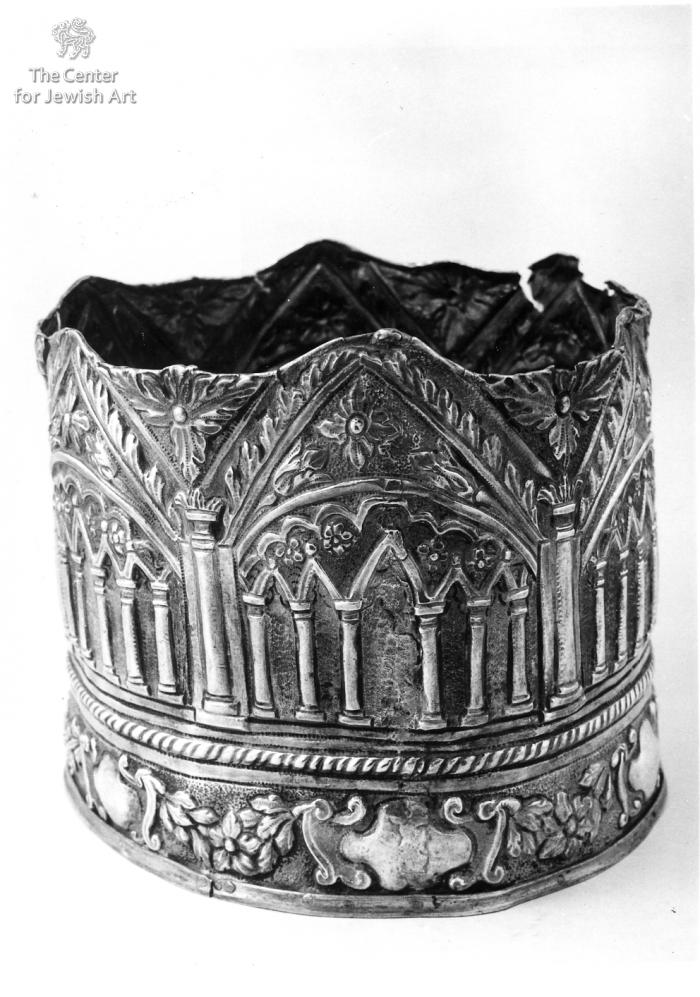 The base is round and bears a major reliefed decoration of a rhomboid cartouche set between two volutes linked by a floral wreath. Two narrow bands are set upon the major one. The lower band is plane and the upper one bears a rope pattern. The wreath is round and is decorated with a reliefed motif of two half columns with foliate capitals supporting a gable decorated with acanthus leaves. The pediment is decorated with a central flower and with two acanthus leaves pointing at it. Beneath the pediment is a colunnade supporting triangular arches, the central one being higher then the others. Upon the colonnade is a multifoil arch. Four flowers are scattered in the space between the colonnade and the arch. Upon each half column is a big flower composed of acanthus leaves. 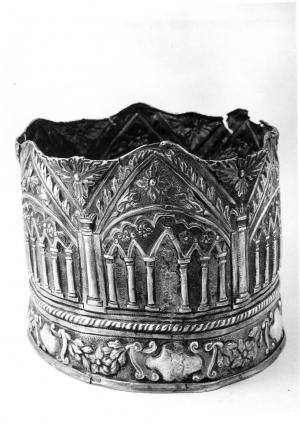 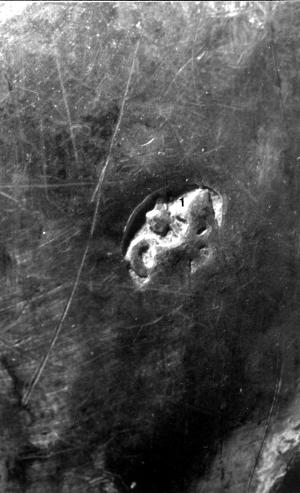 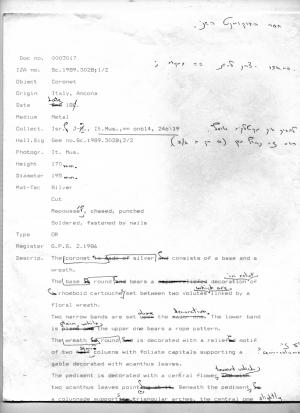 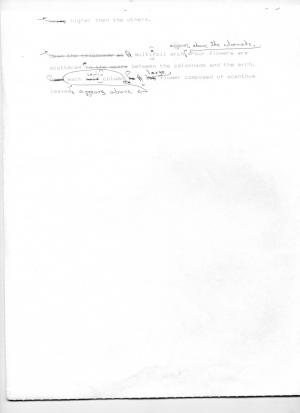 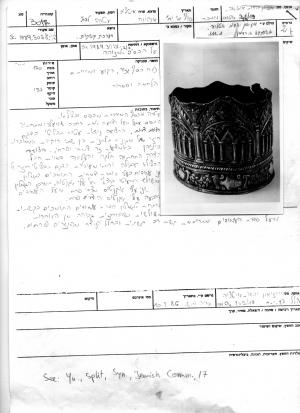 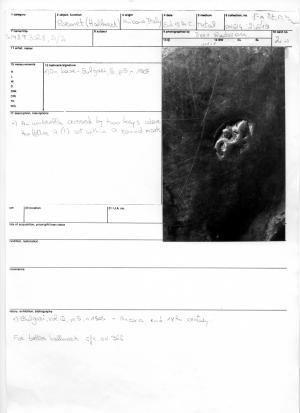