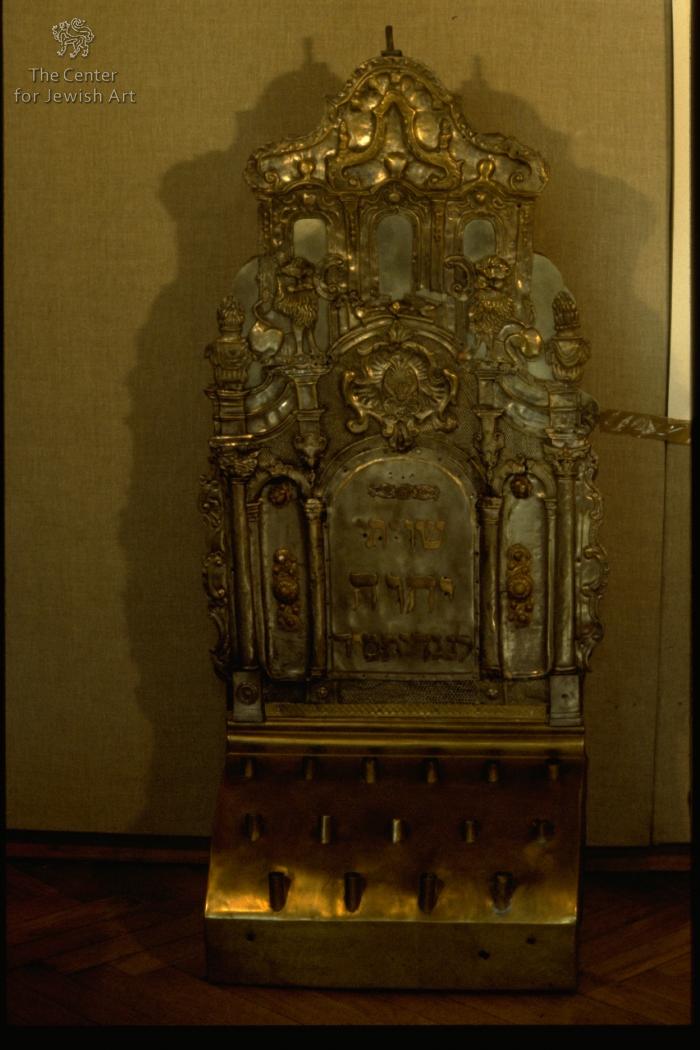 The brass back wall of the Reader's^Desk is rectangular and terminats with an undulating arched-top. The back wall is decorated symmetricali on both sides of a central axis, in the shape of a two-storied facade. At the lower storey four columns support three arches and entablature. In the widest central arch there is an inscription in square and fieled letters which read:

A floral cartouch is placed in the center of the arched entablature. It is flanked from both sides by two pillasters that rise above the lower columns. Two lions sejant guardant with human faced sit on the inner pillaster each is flanked on is back by a torch of a flame that emerge out of an amphora. The others part of the entablature is decorated entirely with small dots. In the upper storey four columns support three equal arches. which are decorated with floral cartouches. The entablature is framed by a scroll like pattern. Identical smaller scroll decorats its center. four rectangular pedestal bearing a flower in the center and intercalated by panels decorated with romboids net pattern. On each side of the columns is an amphora out of which emerge floral scrolls that rise along the sides and form an arched-frame to the central motifs, whill meeting the scroll that emerge from a the vase of the upper storey. A bird facing backward stands on the scrolls on each side. 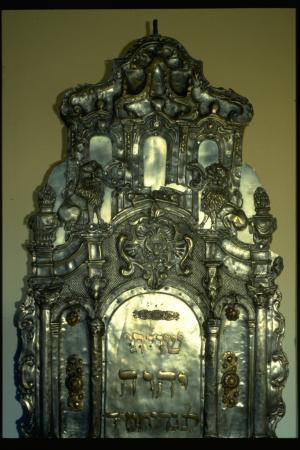 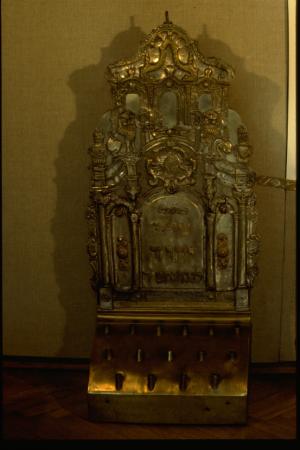 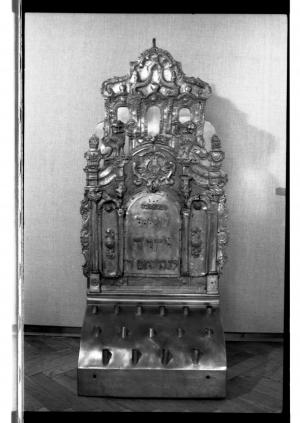 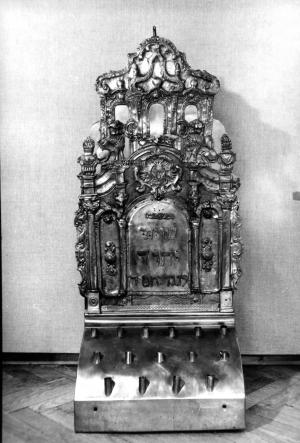 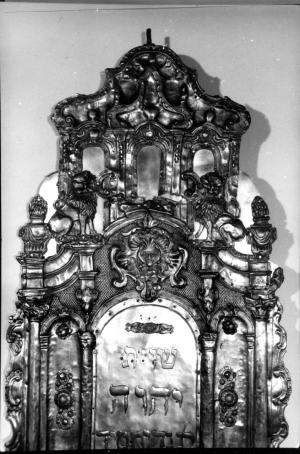 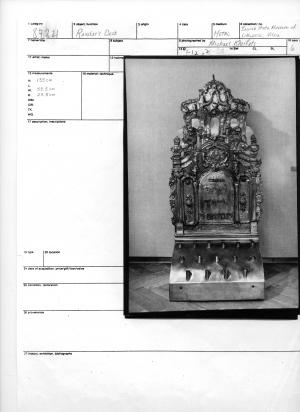 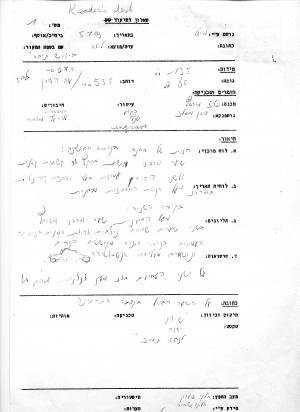 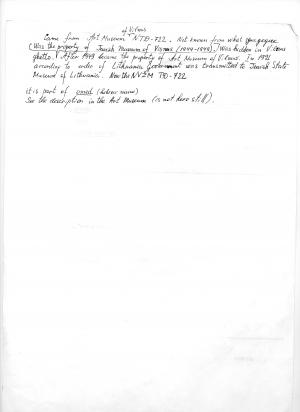 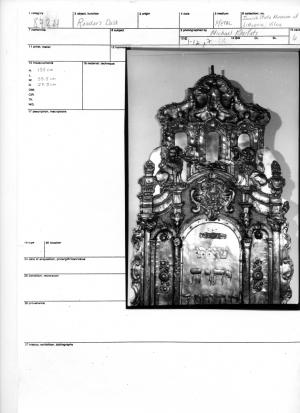 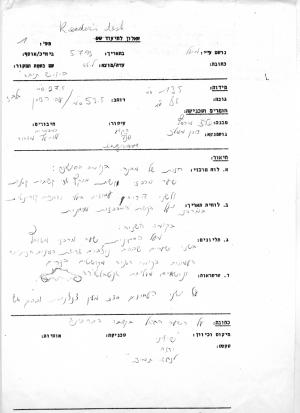 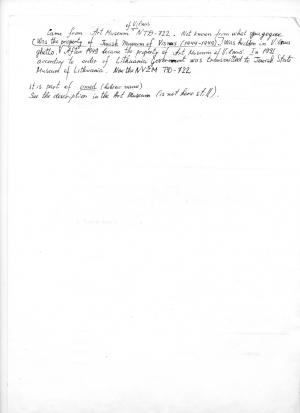