The memorial is situated in a small park that is entered through imposing gates flanked by tall plinths that support statues of sphinxes that support light fixtures (designed by A.L. van Gendt). The low siting and the austere geometric design in new materials is in stark contrast to the classicism of the gates and the natural setting of large trees and grass.

The memorial consists of six large sheets of broken mirror glass placed in a metal grid, laid flat on the ground. At the far end to the right is a vertical transparent glass panel on which are etched in large letters the words Nooit Meer Auschwitz. Underneath the glass is an urn that contains ashes of victims from Auschwitz.

The mirror glass reflects the sky as a cracked surface and looks different at every moment of the day. Wolkers said that he chose the theme because the sky, or heaven, would never be the same after Auschwitz.

Next to the memorial at the front and to the right is a printed text in Dutch and English about the memorial and the murder of Dutch Jews enclosed in metal box with transparent top, enclosed on a thick metal pole.

As part of the memorial:

Designing a memorial for the spot where the urn containing the ashes of victims of Auschwitz rests in Dutch soil, seems an impossible task. How do you find a form to mark a crime you know will never be erased - not in two, or even two thousand centuries from now, when our planet has ceased to exist? You rack your brains to conceive of an image that might convey the ignominy and suffering. You look up at the sky and can't understand how that blue firmament could have stretched up serenely and indifferently above such horror, as though it were nothing but a field of flowers. And in a vision of justice, you see cracks appearing in that impassive blueness, as if the atrocities committed on the earth below her have violated eternity forever. That is what gave me the idea of placing broken mirrors on that small patch of earth above the urn of ashes. Never again, on this spot, will the sky be whole.
Jan Wolkers, 1977

The Murder of the Dutch Jews
On May 10, 1940, when Nazi Germany invaded the Netherlands, there were 140,000 Jewish men, women and children living here.
Between February 1941 and September 1944, more than 107,000 Jews were deported from the Netherlands. Only 5,200 survived the Nazi concentration camps, and returned. Auschwitz-Birkenau and Sobibor were camps in Poland. Auschwitz-Birkenau was both a work and death camp, Sobibor was exclusively a death camp. Approximately 60,000 Jews were deported from the Netherlands to Auschwitz-Birkenau and 34,000 to Sobibor. It was in these camps that most of the Dutch Jews were murdered. Only 19 survived Sobibor, and about 1,150 Auschwitz-Birkenau.
The Sinti and Roma (Gypsies) living in the Netherlands were also persecuted by the Nazis. On May 16, 1944, 245 Sinti and Roma were arrested, and three days later, transported to Auschwitz-Birkenau. Only 30 survived.
'Auschwitz' has become an international symbol of the attempt to destroy the Jewish people. This monument of mirrors commemorates the millions of victims of racial hatred. It is a place for remembering, mourning, and reflecting, and a warning to all generations throughout the world.
The victims have never been, and will never be, forgotten. 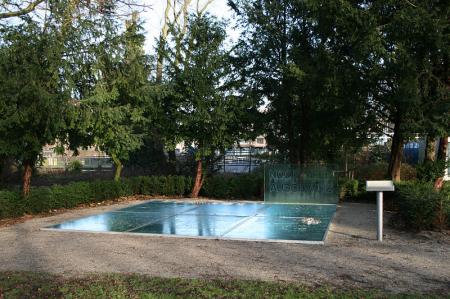 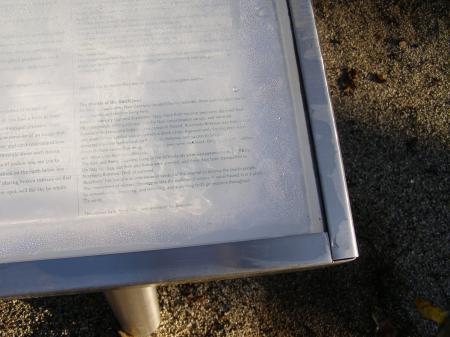 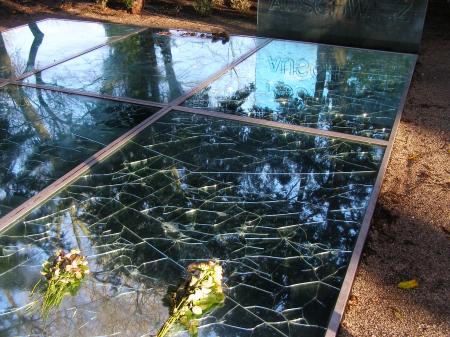 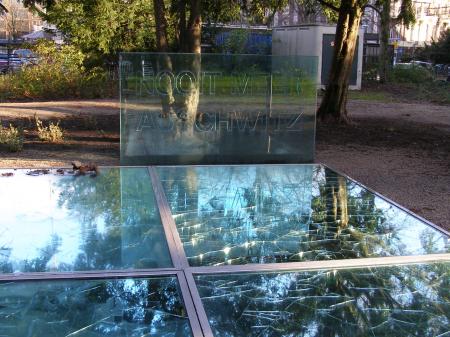 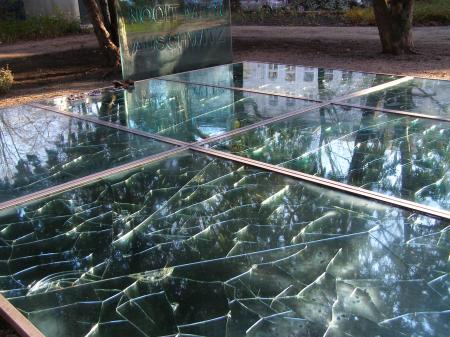 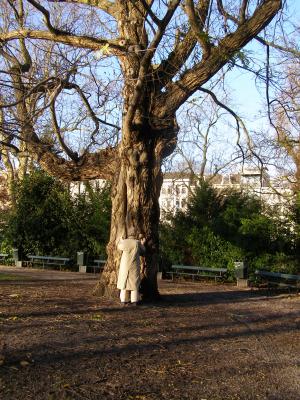 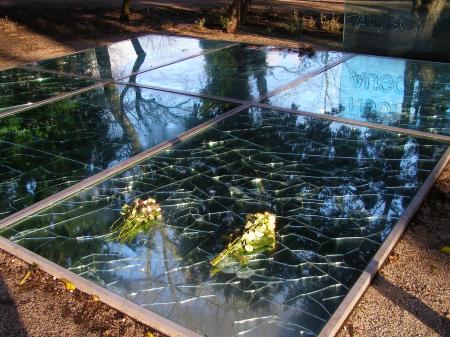 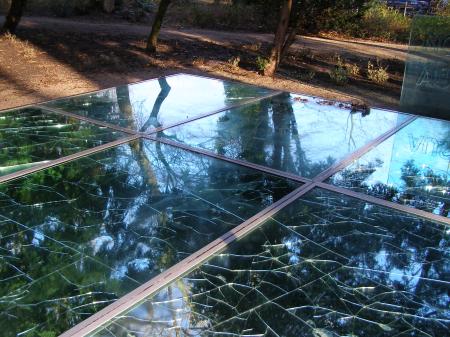 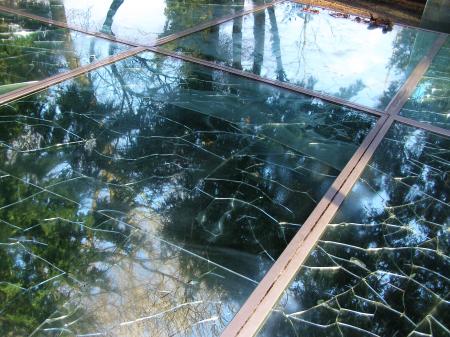 The memorial, erected in 1993 is the second version of a monument first designed and created by Dutch artist Jan Wolkers in 1977. It is set in Wertheimpark and commemorates the large number of Dutch Jews who perished in World War II, mostly at the Auschwitz Death Camp.

The monument originated as a memorial stone in the municipal cemetery (Oosterbegraafplaats) in 1952. This was replaced in 1977 by the  Mirror memorial. This was moved to the more public Wertheimpark in 1993, when Wolkers reworked the memorial to be larger.

Werheimpark was opened to the public in 1812 and is the oldest park in Amsterdam. The park is named after the Jewish banker and philanthropist A.C. Wertheim (1832-1897), who died in 1897. Wertheim is remembered with a monumental fountain built in 1898, also in the park.

Wolkers’ installation involves several large pieces of broken glass, which constantly reflect the sky overhead.  Next to the installation, is an informational sign noting the demographic shift in the Dutch Jewish population because of the deportation and murder of Jews during the Holocaust. Each year on January 27, a memorial service is held at the monument marking the day the Russian army liberated Auschwitz.