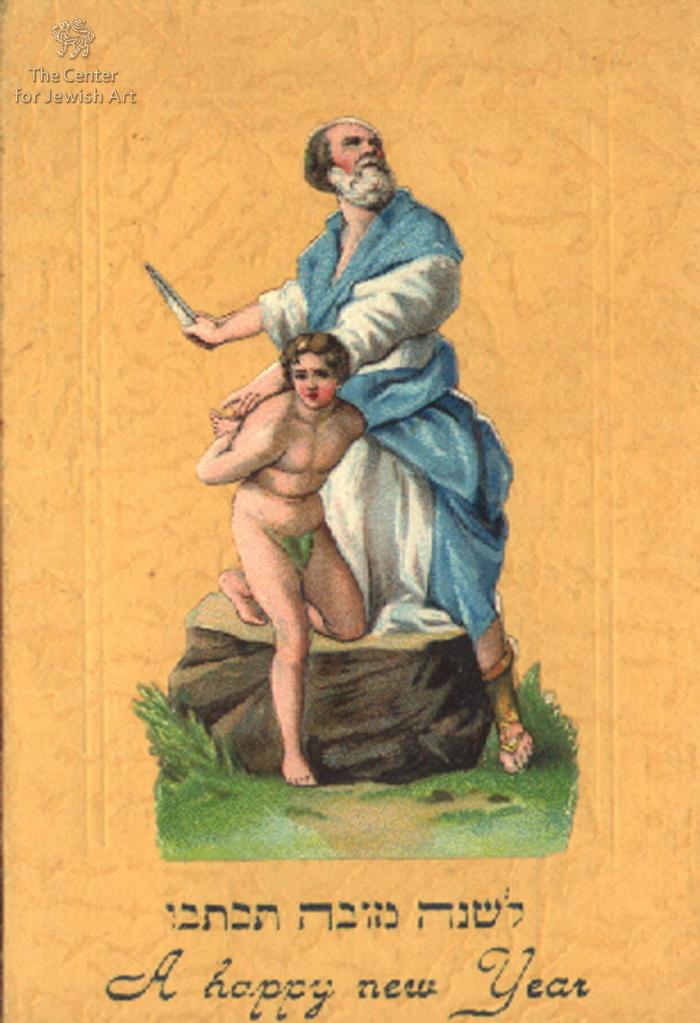 This postcard is loosely based on the painting by Andrea del Sarto "Sacrifice of Isaac." 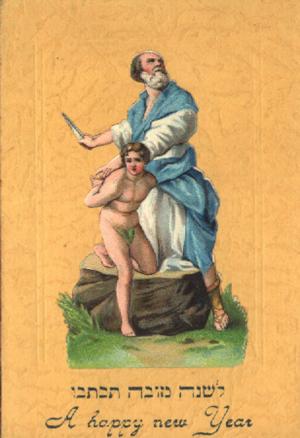