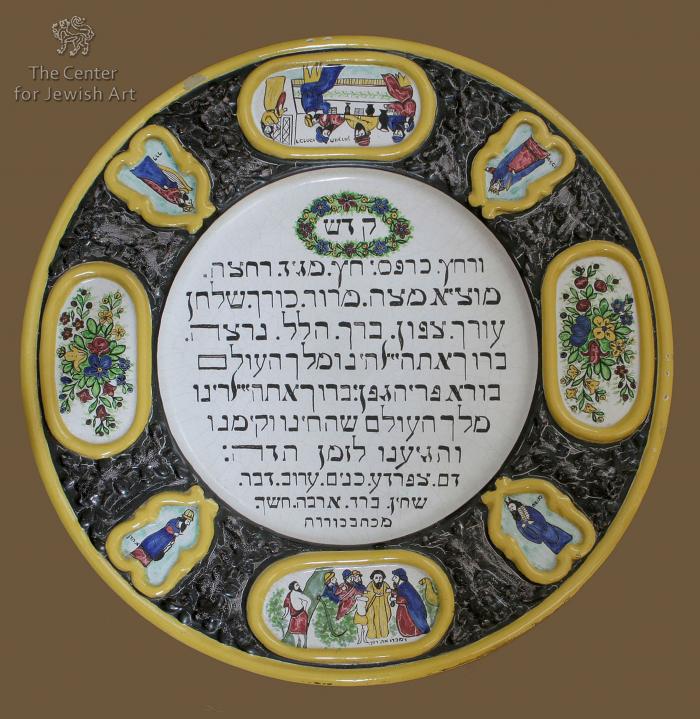 This large majolica passover seder plate is made to look like 17th century Italian work. For many years. plates of this sort were considered extremely rare and valuable objects actually from that early period.  However, in the 1990s it was discovered that these plates were made in the last quarter of the 19th century by a Turkish Jewish antiquities dealer and seem to be the first piece of fake Judaica. There are over 30 such plates recorded in various collections today. When it is considered that only small quantities of any sort of Judaica objects have survivied from the 17th century, it is not reasonable to think that the several dozen of such plates in collections around the world would have survived. They are fashioned from breakable material and would have been in yearly use, an unlikely combination for such longevity. The illustrations are patterened after pictures used in the Trieste Haggadah of 1872, some of which were themselves copied from illustrations in the 1695 Amsterdam Haggadah, most of which were themselves based on 17th century biblical engravings from the artist Mattheus Merian. The image of the passover meal on this plate followed that pattern, originating from the earlier 17th century period, and then receiving fame in the Jewish world through the Amsterdam Haggadah of 1695. The image of David with the harp is derived from the same early series of etchings. 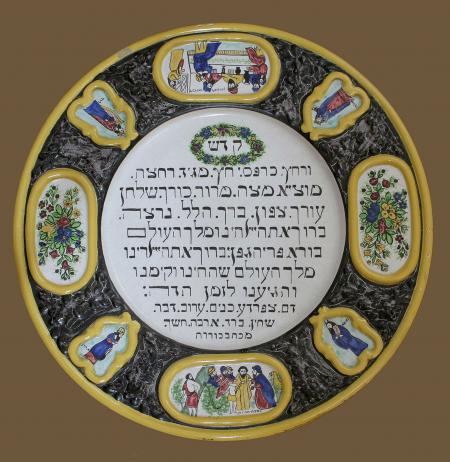 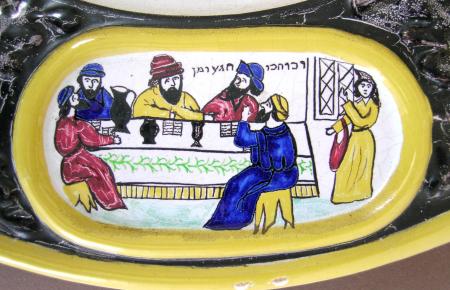 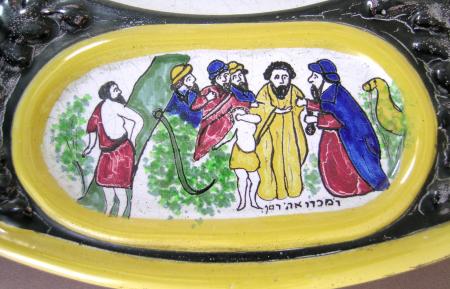 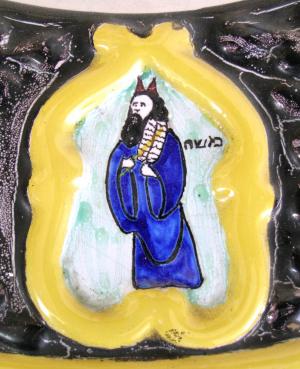 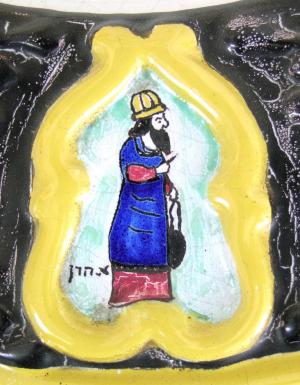 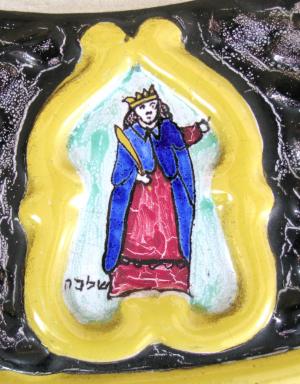 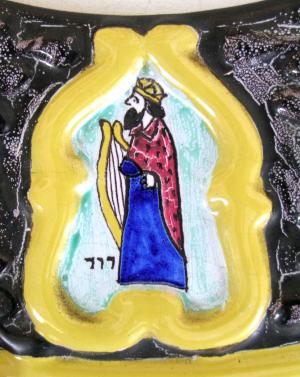 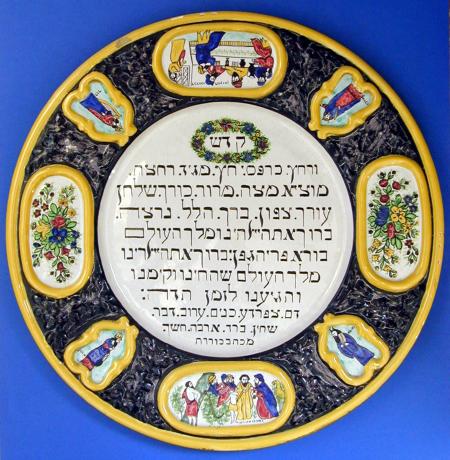 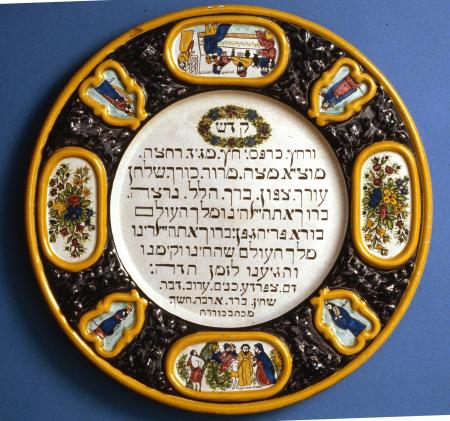 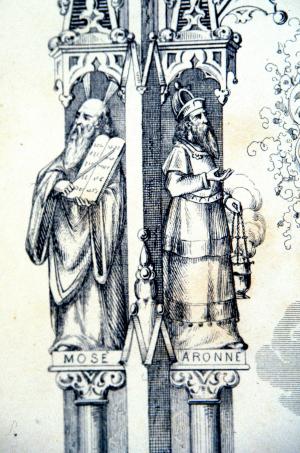