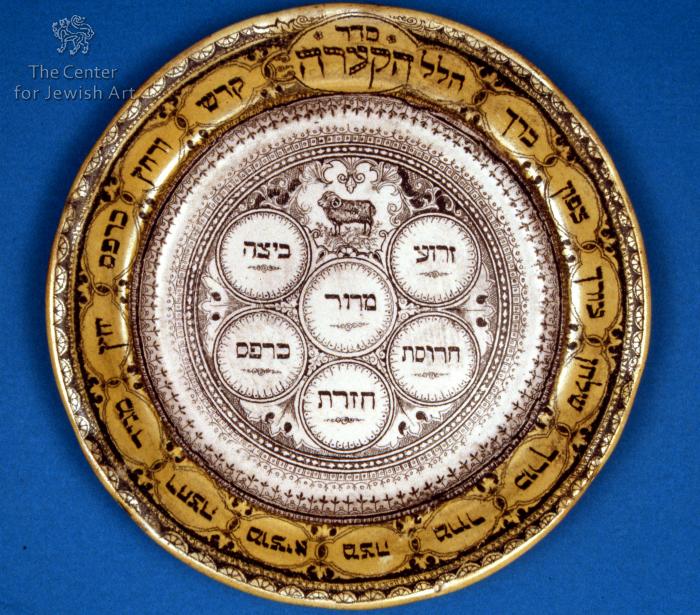 In Galicia there were a number of small ceramic firms, owned by Jews, who produced inexpensive ware, including Jewish pieces. This Passover Plate is by the Sussman firm, whose name is under the glaze on the back of the plate. This design was taken by Jews who emigrated from Galicia and was reproduced at a later time in both England and France. 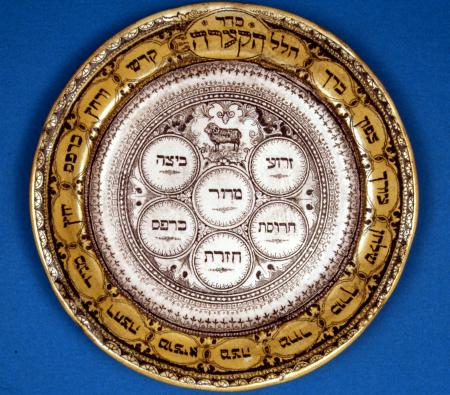