Crafted in a style copying engraved examples from the 17th century, this case was made by a Lemberg (Lvov) artisan by the name of Baruch Dornhelm. The exquisite workmanship establishes him as one of the premier Jewish silversmiths in Lvov at the turn of the 20th century. His story was told by the Lvov collector of the 20's and 30's, Maximillian Goldstein. For many years, because of the style and accuracy of the images effected in the metal by the repoussé technique, the objects produced by the skilled Dornhelm were considered to be 17th and 18th century and were often sold as such. 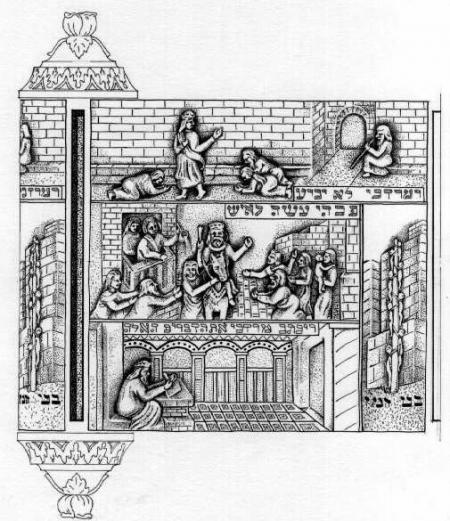