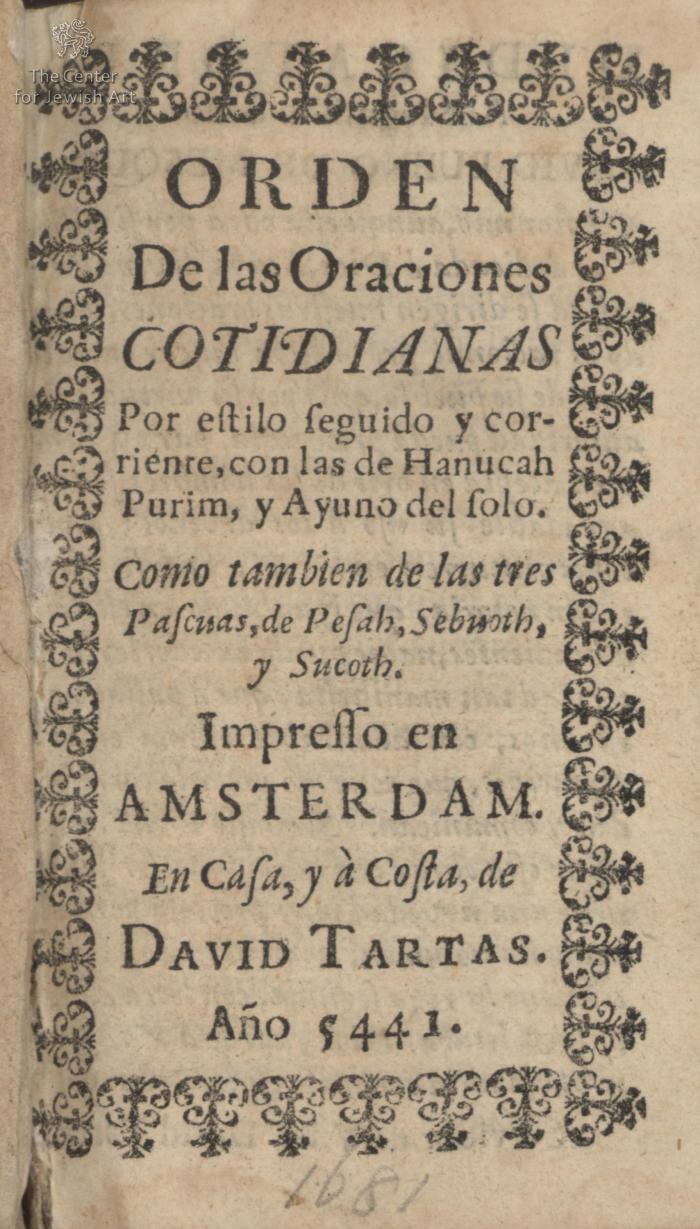 The beginning of the Jewish community in Amsterdam is rooted in the Spanish and Portuguese Inquisitions at the end of the 16th century. During this period, many of the large number of Jews whose ancestors had been forcibly converted almost one hundred years earlier and labeled "New Christians" were being hounded and accused of heresies. Some of these chose to leave and found a friendly refuge in the Protestant city of Amsterdam. As more and more of them arrived and sought to return to their Jewish roots, the need arose for fundamental Jewish texts that would be comprehensible to an audience ignorant of Hebrew.
This is an almost a pristine copy of a translation into Spanish of a Hebrew prayer book. Such translations of Hebrew books began already in the 1620's to serve the needs of the newly emerging Sephardic community of the Spanish and Portuguese Jews. At the end of the prayers there is a multi-year calendar, also in Spanish, for the Jewish calendar from 1680 to 1710. The edges of this book are gilded and gauffered. The book is bound in a binding of tortoise shell with silver clasps and corners. This binding is listed in the gross collection as #025.026.001. Such bindings were usually found with Spanish translations of Hebrew books and therefore can be considered a mark of the Sephardic community in Amsterdam.
The book is dedicated to David Bueno de Mesquita. 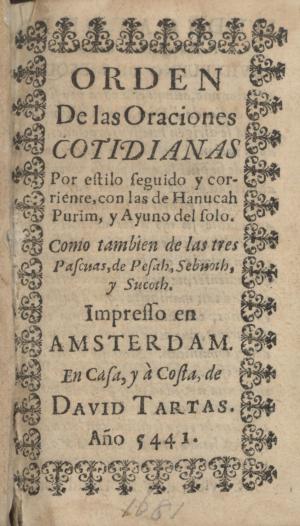 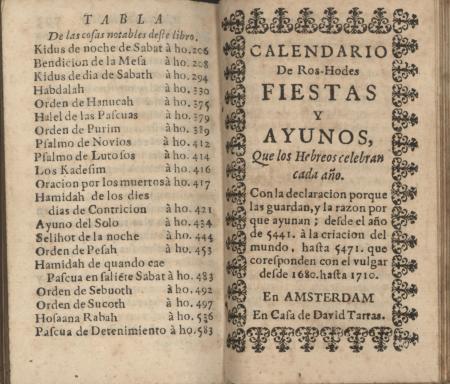 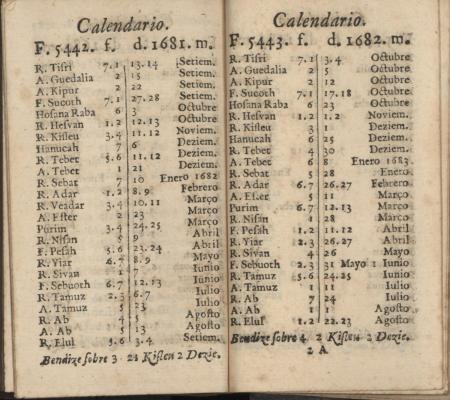 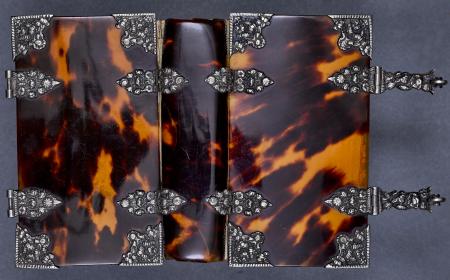 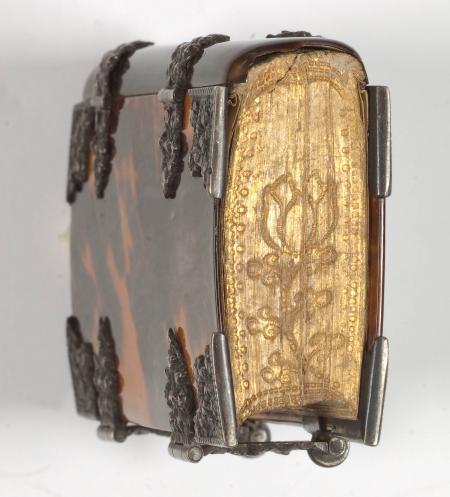