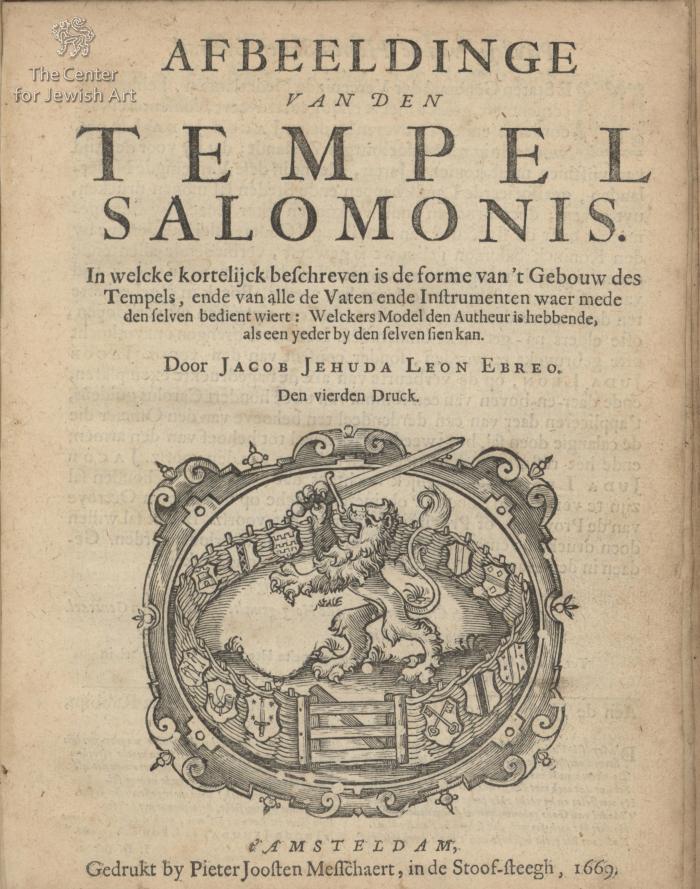 The beginning of the Jewish community in Amsterdam is rooted in the Spanish and Portuguese Inquisitions at the end of the 16th century. During this period, many of the large number of Jews whose ancestors had been forcibly converted almost one hundred years earlier and labeled "New Christians" were being hounded and accused of heresies. Some of these chose to leave and found a friendly refuge in the Protestant city of Amsterdam. As more and more of them arrived and sought to return to their Jewish roots, the need arose for fundamental Jewish texts that would be comprehensible to an audience ignorant of Hebrew.
Jacob Yehudah Aryeh Leon was a noted rabbi, scholar and publisher of books in 17th century Amsterdam. Born in Coimbra, Portugal, in 1602, he arrived in Amsterdam after his family fled the inquisition in 1605. After receiving rabbinical training and after considerable research, he constructed a large model of the holy temple of Jerusalem. He traveled widely to display this model and wrote a book about the temple as well. As a result of this fame and identification with the temple, he added "Templo" to his name. This book was published in several languages and was sometimes illustrated by very fine engravings that Templo had especially ordered. In some cases, as in the present example, these imaginary illustrations were beautifully hand colored and gilded. This image of the temple was copied continuously and became the most widely known image of the temple structure.
48 pp. 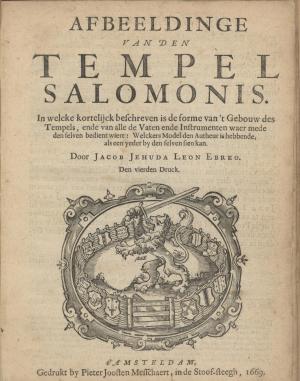 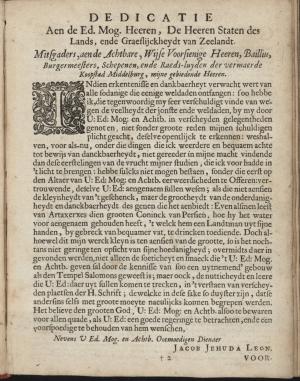 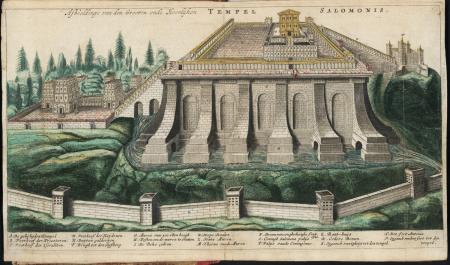 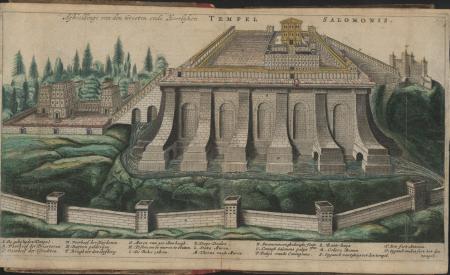 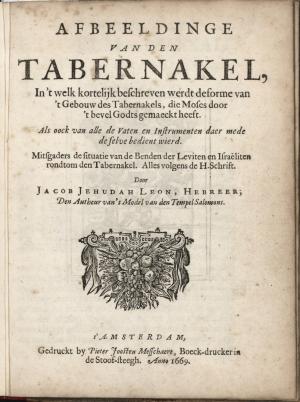 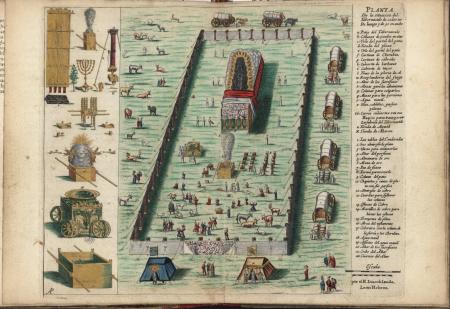 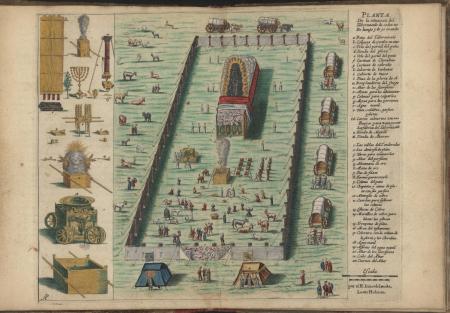 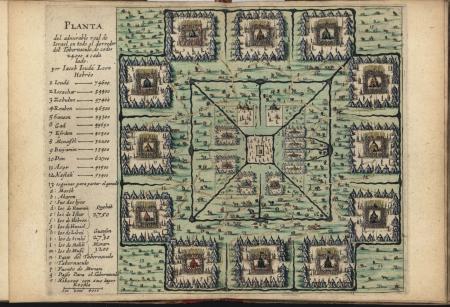 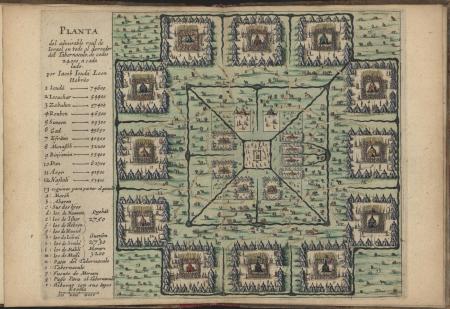 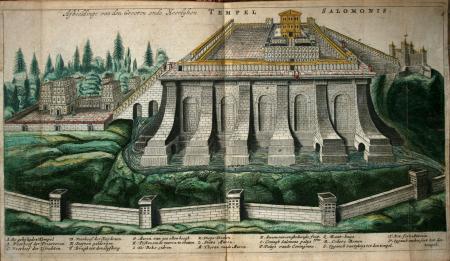