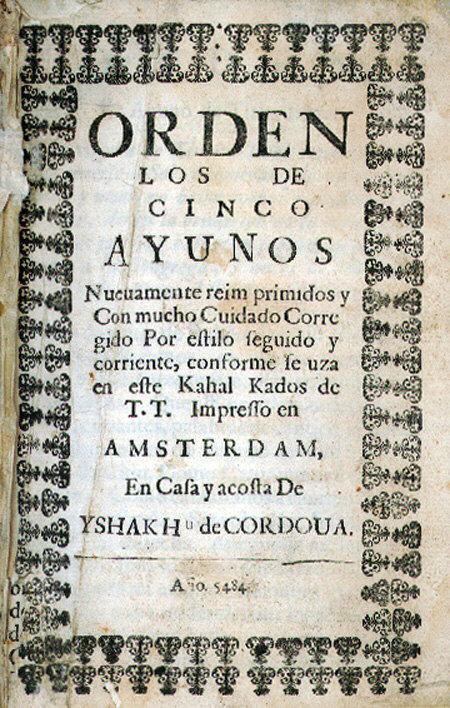 Detail Description Penitential prayerbook for the five fast-days in Spanish, printed for the Marranos. The Marranos arrived in Amsterdam around 1590, some 11 years after the Union of Utrecht (1579) and the birth of the United Provinces of the Netherlands as a Protestant state. They had to wait until 1615 before Jewish settlement was officially authorized, but the Marranos in Amsterdam differed from those in other Protestant countries in that they openly practiced Judaism almost from the moment of their arrival. Thanks to the Marranos, Amsterdam became one of the greatest Jewish centers in the world in the 17th century; it had some of the finest academies and produced some of the greatest Jewish thinkers. Amsterdam was also a haven for oppressed Jews from other places, including France in 1615 and Eastern Europe after the Chmielnicki massacres (from 1648). Erstwhile Marranos from Holland were among the first settlers in Suriname and Curacao, where a substantial Sephardi community came into being after 1650. Other former Marranos were also found in Barbados and in other parts of the West Indies, including Martinique and the Leeward Islands.
Isaac Hezekiah ben Jacob de Cordova came from a Sephardic family with a printing trade tradition. His father Jacob Chaim de Cordova was born in Brazil, and following his arrival in Amsterdam learned the the printing trade and worked at several Jewish presses there. From c.1706 Isaac printed Hebrew and Spanish books at his own press. In 1709 he moved his press to Hamburg where he purchased some more printing equipment. He printed a total of 6 works in Hamburg before returning to Amsterdam and resuming operations there in 1714. He remained in the printing business for a further 15 years, until 1730, both printing and selling books. From time to time he printed in Yiddish as well. 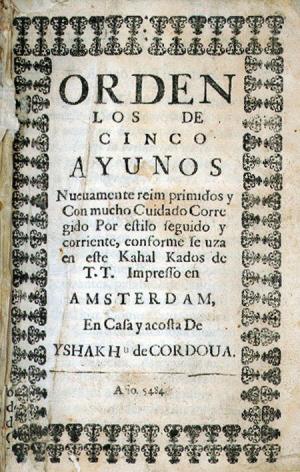