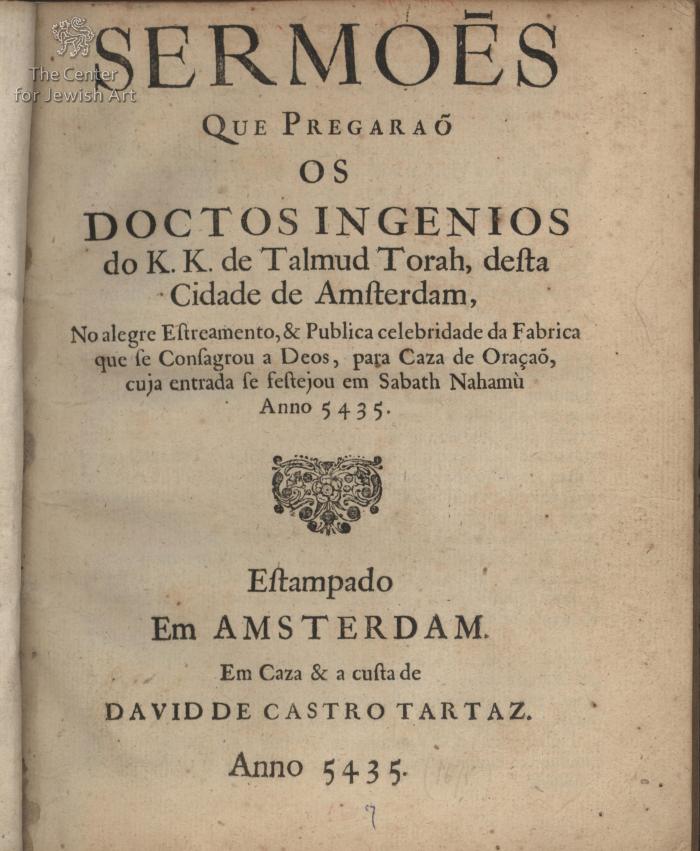 A seminal landmark in the Sephardic Treasury, the "Sermoes" comprise a collection of the sermons delivered at the dedication service of the newly built Spanish-Portuguese synagogue of Amsterdam in 1675. Sermons were preached by Hachamim Isaac Aoab, Selomoh de Olivera, Isaac Saruco, Isaac Nieto, Ilijah Lopes, Isaac Vellozino and Dr. Isaac Orobio de Castro. The Feztivities are described in the "memorbook" of M.H. Ganz as follows: "The opening ceremony was held on the eve of Shabbat Nachamu (the Sabbath following the Fast of the Ninth of Av). The celbrations enlivened by a choir and an orchestra continued for eight days, a long as the reconsecration of the Temple in the days of the Maccabees." The Portuguese text is interspersed with Hebrew. Published with four pages of exquisite engravings concerning the Synagogue by the renknowned Dutch artist Romeyn de Hooghe. 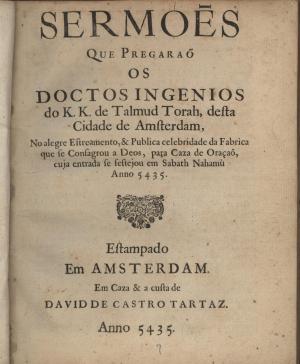 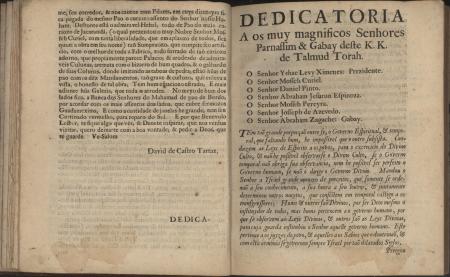 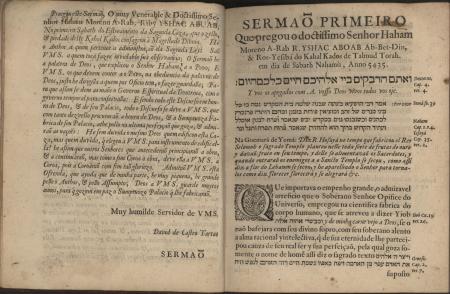 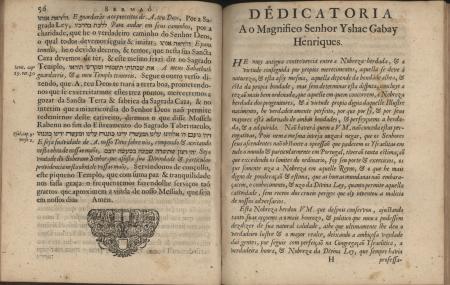 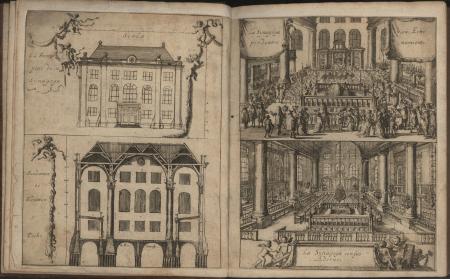