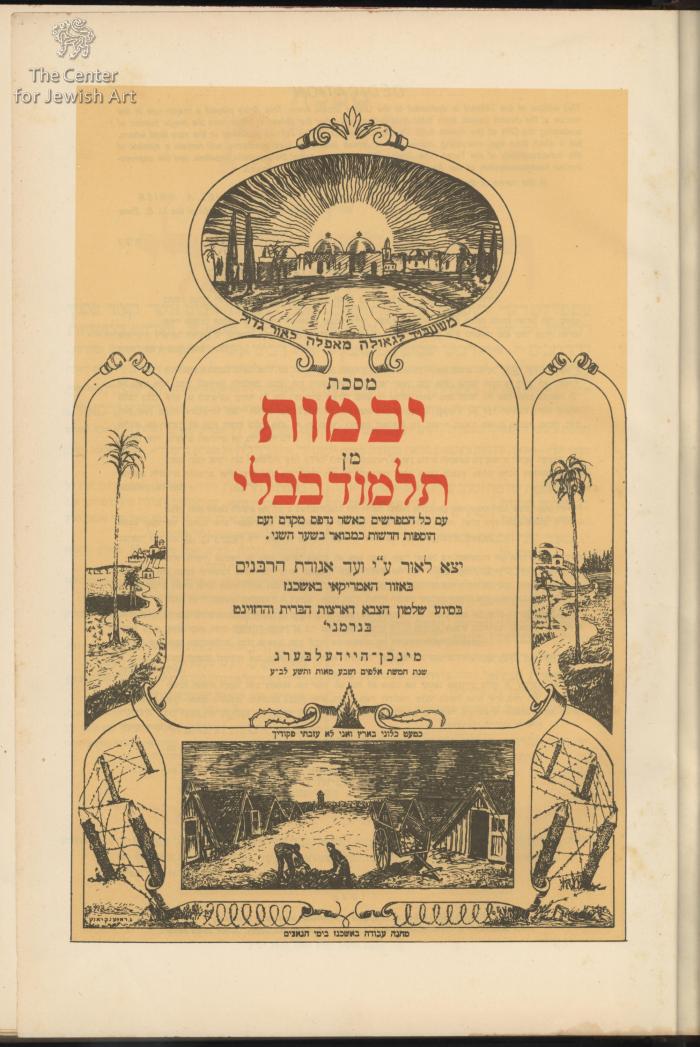 After the Holocaust, surviving Jews congregated in displaced persons camps, leading to the need for Gemarot and holy books to be used by refugees. From 1946 the “Union of Rabbis” in Germany, with the assistance of the American army and JDC began a campaign of printing the Talmud for survivors. At first only several tractates were printed in various formats. In 1948 a complete edition of the Talmud was printed. Each volume contains two title pages. First title page was designed specifically to commemorate the printing of the Talmud on the scorched soil of Germany; on the upper part an illustration of a Jewish town with the caption “From slavery to redemption and from darkness to great light”; on the lower part of the title page, illustration of barbed wire fences and labor camp, with the caption: “Labor camp in Ashkenaz during Nazi era”. “They had almost consumed me upon earth; but I forsook not thy precepts”.
In his introduction, the publisher writes about the "taking the books from 'The People of the Book'" by evil men who destroyed European Jewry and attempted to annihilate all Hebrew books. "All Jewish books were taken for processing paper or for some other despicable purpose…and therefore after liberation, the longing and thirst for books was great. Yeshivot were established but there were no books from which to study… This is what motivated us to print a few tractates for individual and communal study… We have only Tractates Kiddushin and Nedarim in one almost new volume so we have decided to copy, print and distribute them among the She’erit Hapleita in the German exile…”.
This volume is Tractate Yebamot. 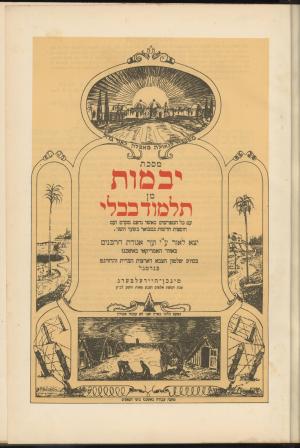 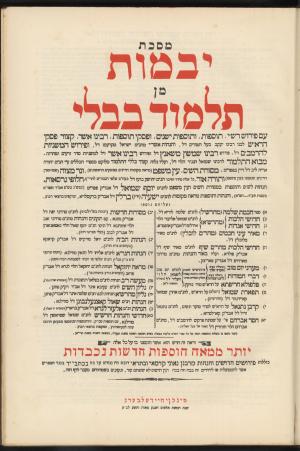 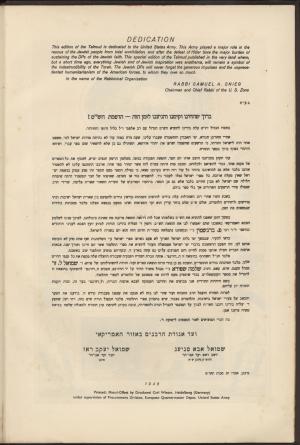 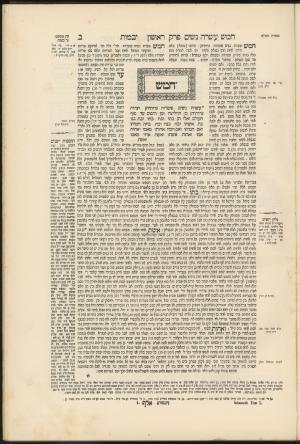