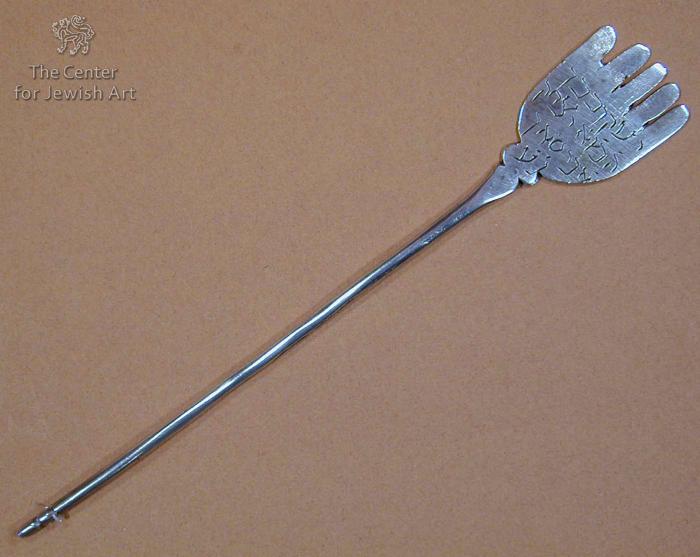 Torah pointers in the Iranian community come in a variety of shapes and sizes. But this example in the form of a hamsa as the pointing hand is typical of a small, most interesting group. The inscription is on both sides of the hand connected to a think holding handle. 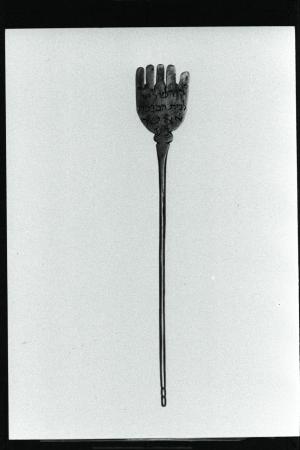 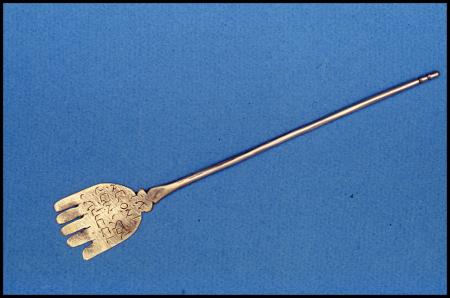 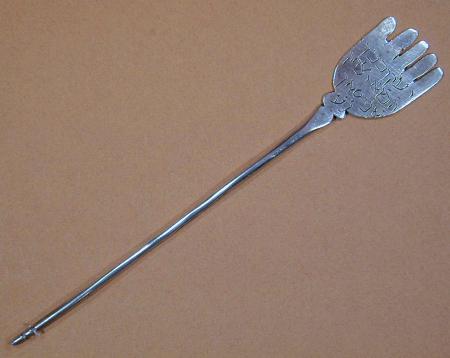 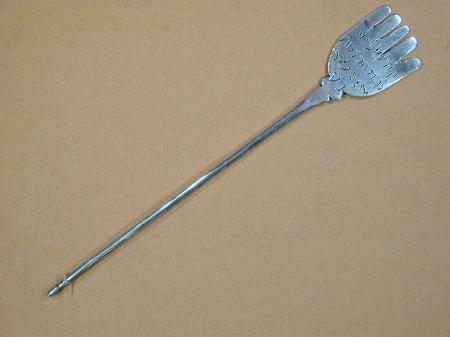