The workmanship in silver for this Tas is simply extraordinairy. The exquisite detailing in the surface repousse and chasing is the work of a master artisan. There is a use of a coat of arms, whose identification is not yet clear. There apparently was a crown above, which is now missing, leaving the two holes by which it was attached. The use of the word "washers" in the inscription to describe the members of the Chevrah Kadisha is very unusual. While it is most certainly what the members of this Holy Confraternity do for the fellow Jews for burial, it is unusual to find it so explicitly stated. Ritual objects belonging to the Chevrah Kadishah have a great status among collectors and institutions. 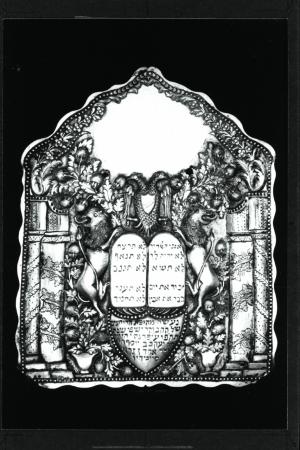 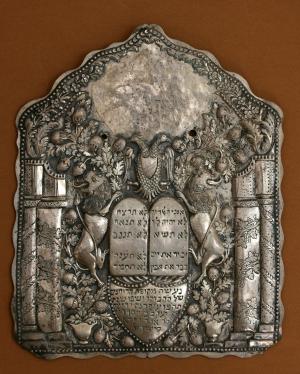 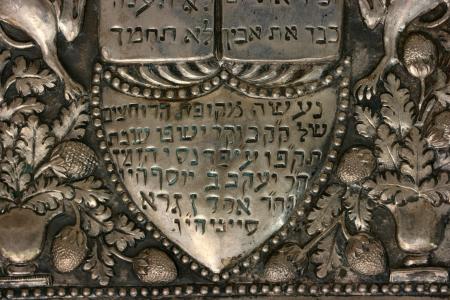 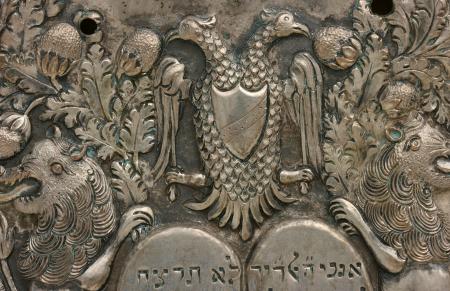 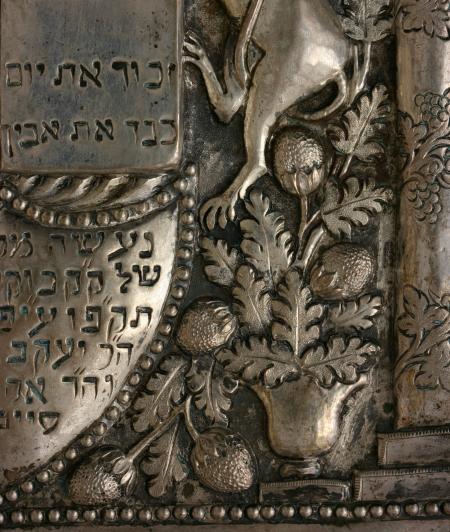